Axial tilt, also called obliquity, refers to the angle a planet’s rotation axis makes with the plane of its orbit. The Earth is currently tilted 23.5° from this plane, resulting in many remarkable effects, including the seasons around the planet. What caused this Obliquity?

Scientists believe that when an object the size of Mars crashed into the newly formed planet Earth around 4.5 billion years ago, it knocked our planet over and left it tilted at an angle. 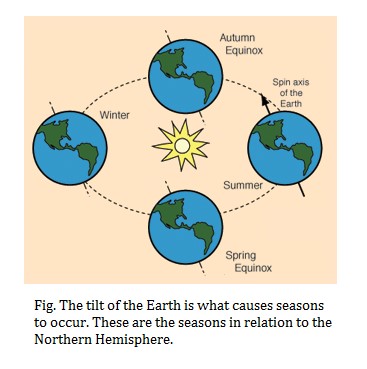 Thus, the small changes set in motion by Milankovitch cycles operate separately and together to influence Earth’s climate over very long timespans, leading to larger changes in our climate over tens of thousands to hundreds of thousands of years.