The sixth century B.C. is considered a wonderful century in history. Great thinkers like Buddha, Mahavira, Heraclitus, Zoroaster, Confucius and Lao Tse lived and preached their ideas in this century. Among them the most successful were Jainism and Buddhism whose impact on the Indian society was remarkable.

Similarities and differences between Jainism and Buddhism

Mudras are a non-verbal mode of communication and self-expression, consisting of hand gestures and finger postures. They are symbolic sign based finger patterns taking the place, but retaining the efficacy of the spoken word, and are used to evoke in the mind ideas symbolizing divine powers or the deities themselves.

They are also used by monks in their spiritual exercises of ritual meditation and concentration, and are believed to generate forces that invoke the deity.

While there are a large number of esoteric mudras, over time Buddhist art has retained only five of them for the representations of the Buddha. Images of the Buddha which exhibit mudras other than these are extremely rare.

These five mudras are: 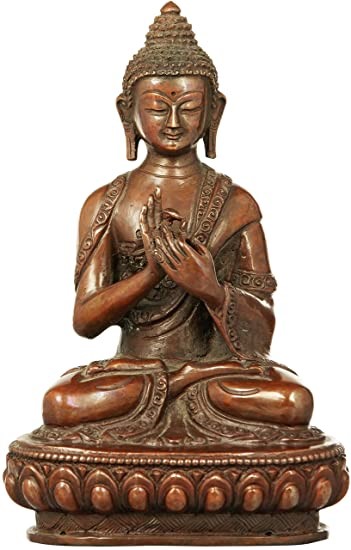 The second Dhyani Buddha Akshobhya is depicted in this mudra. He is believed to transform the delusion of anger into mirror-like wisdom. This mudra is displayed by the fourth Dhyani Buddha Amitabha, also known as Amitayus. By meditating on him, the delusion of attachment becomes the wisdom of discernment. The Dhyana mudra helps mortals achieve this transformation