1. As India ages, keeping an eye on the elderly

As India ages, keeping an eye on the elderly

Syllabus: Mechanism, laws and institutions for protection and betterment of vulnerable sections of society etc

Directions: Important for mains, you can use it as a measure taken to protect elderly Population in India.

Why is eye care at the forefront?

Which of the following is/are the principal UN organs?

Direction: This was an opinion article in The Indian Express, the author gave few suggestions on how to reduce chemical fertilizers. You can note down these points and present them as suggestions/ way forward in your answer.

Considering the genetic altering impact on the human body and biodiversity loss, reduction in pesticide usage should have become a national priority

Q. Account for the use of chemical pesticides, insecticides and fertilizers in Indian agriculture and its impact on human health. 10M

Direction: This can be used as an example/way forward of how to conserve plants.

Context: Kerala State Biodiversity Board declared Kannapuram in the Southern Indian state of Kerala, an “Indigenous Mango Heritage Area” in 2020.

The honour came after the villagers had got together to grow over 200 indigenous species of mangoes, sourced from surrounding towns and villages, preserving diverse varieties that were in danger of dying out.

India’s fruit trees are under threat, but a community of gardeners are using an old trick to save them – and even bring some back from the dead.

The technique that made it possible is the age-old art of grafting.

Grafting involves building a new plant by connecting the organic tissues of two plants, often of the same species. Plants from a different genus or different species can be grafted too, but in many cases, the outcome is weaker, short-lived and sometimes, they never come together at all.

Grafting can occur naturally as well. Meghalaya, a state in India’s north east is famed for its “living root bridges“. Several trees have closely intertwining roots that form aerial bridges strong enough for people to walk over, helping them navigate steep slopes. The roots fuse and repair themselves through a process of self-grafting called inosculation – where after close contact for years or decades, the branches or roots of different trees fuse, growing as a single structure over time. Tribal community members have been known to intertwine and repair the roots manually through grafting as well.

Grafting has helped in the propagation, conservation and mitigation of soil-borne diseases in many other fruit and vegetables in India. Context: UNESCO released a list of 50 exclusive and iconic heritage textile crafts of the country. Toda embroidery and Sungadi from Tamil Nadu, Himroo weaves from Hyderabad and Bandha tie and dye weaving from Sambalpur in Odisha were some of the textiles that made the cut.

According to UNESCO, one of the major challenges to the safeguarding of Intangible Cultural Heritage in the South Asia is lack of proper inventory and documentation. The publication, which aims to bridge this gap, brings together years of research on the 50 selected textiles. What does US sanctions mean?

Directions: Important for mains, you can use it as an example of impact of pandemic on vulnerable sections. Context: The Reserve Bank of India signalled that it would not extend the October 1, deadline for implementation for tokenisation of card based payments.
Central bank rules require all merchants to delete customer debit and credit card details before October 1 and replace card payments with unique tokens.

This rule is applicable to all stakeholders except card issuers and card networks.

Under these rules, the central bank has permitted authorized card payment networks to offer card tokenization services to consumers requesting it.

Tokenization is a process by which card details are replaced by a unique code or token, allowing online purchases to go through without exposing sensitive card details.

The species belongs to the Pangasius genus. 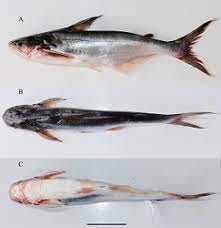 Black cocaine”, a rare drug, is a mixture of regular cocaine and other chemicals of administrated quantity.

It neutralises the smell of cocaine so that it can pass through checkpoints easily. Directions: Important for Prelims and mains, it can be asked directly in prelims