This inscription will offer encouragement to the local communities that celebrate Durga Puja, including all the traditional craftspeople, designers, artists, and organizers of large-scale cultural events, as well as tourists and visitors who partake in the inclusive festivity that is Durga Puja.

Durga Puja is a five-day festival which begins on the fifth night of the nine-day Navratri festival and ends on the tenth day, which is Dashami. During this time, people collectively worship and invoke Goddess Durga, who is regarded as the feminine energy of the cosmos, also known as ‘Shakti’.

What is Intangible Cultural Heritage?

UNESCO says, Intangible Cultural Heritage includes traditions or living expressions inherited from our ancestors and passed on to our descendants, such as oral traditions, performing arts, social practices, rituals, festive events, knowledge and practices concerning nature and the universe or the knowledge and skills to produce traditional crafts.

As of 2010 the programme compiles two lists:

Did you know that there is something called the National List of Intangible Cultural Heritage (ICH) of India? Reference: read this.

Discuss the significance of UNESCO’s List of Intangible Cultural Heritage.

Speaking at the inaugural event of the Kashi Vishwanath Dham Corridor in Varanasi, PM Modi referred to the battle between Salar Masud and Raja Suhaldev.

Who was Salar Masud?

It is a mix of history and myth.

As per the records, at Bahraich, in the course of a battle in 1034 CE Masud and a local king by the name Suhaldev came face to face.

During the battle, Masud was wounded by an arrow and succumbed.

Since he died fulfilling his duties as a warrior, he became a martyr and earned the honorary nickname ‘Ghazi Miyan’ or master warrior for faith.

Suhaldev is believed to have been the eldest son of the king of the Bhar community, from which emerged the Pasi community, a Dalit caste group of the region. Today, celebrations are being carried out in memory of Maharaja Suhaldev.

Who was Raja Suheldev? Discuss.

Nitish Kumar has again raised his nearly 15-year-old demand for the status of special category state (SCS) for Bihar. Nitish has been seeking SCS for Bihar since at least 2007. It was based on the Gadgil formula. The parameters for SCS were:

Special Category Status for plan assistance was granted in the past by the National Development Council to the States that are characterized by a number of features necessitating special consideration.

Besides tax breaks and other benefits, the State with SCS will get 90% of all the expenditure on Centrally sponsored schemes as Central grant. The rest of the 10% will also be given as a loan at zero percent interest.

The 14th Finance Commission has done away with the ‘special category status’ for states, except for the Northeastern and three hill states.

Discuss the issues surrounding the grant of Special Category Status to states.

Power of accrediting an agency bank: 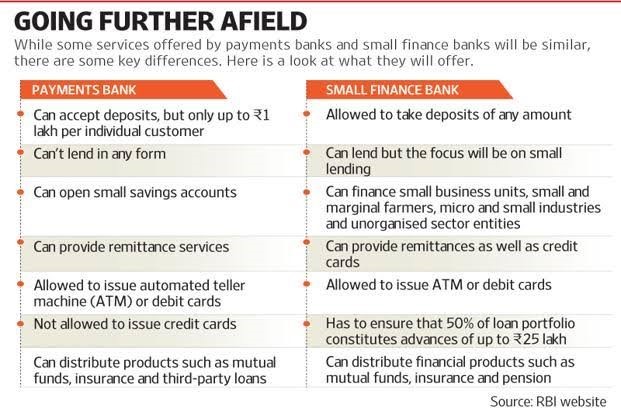 What are Small Finance Banks?

What are Payments bank?

What is PCA framework?

The objective of the framework is to enable supervisory intervention at the appropriate time and require the supervised entity to initiate and implement remedial measures in a timely manner, to restore its financial health

Indicators based on which PCA will be invoked for NBFC:

The PCA Framework for NBFCs has been brought after four big finance firms — IL&FS, DHFL, SREI and Reliance Capital — which collected public funds through fixed deposits and non-convertible debentures collapsed in the last three years despite the tight monitoring in the financial sector. They collectively owe over Rs 1 lakh crore to investors.

What will happen once the PCA is invoked for an NBFC?

Did you know that RBI had introduced a PCA framework for scheduled commercial banks in 2002?

Discuss the need for having a PCA Framework for NBFCs.

The Parker Solar Probe, launched by NASA, has become the first spacecraft to fly through the outer atmosphere of the Sun- ‘Corona’.

The achievement would help scientists discover critical information about the sun and its influence on our solar system. Launched in 2018, Parker Solar Probe will travel through the sun’s atmosphere, closer to the surface than any spacecraft before it, facing brutal heat and radiation conditions — and ultimately providing humanity with the closest-ever observations of a star.

What is Magnetic Reconnection with respect to the sun’s surface? Reference

India and Russia have blocked a proposal that would have allowed the UN Security Council to deliberate on climate-related issues.

The draft resolution, piloted by Ireland and Niger, sought to create a formal space in the Security Council for discussions on climate change and its implications on international security.

What has India said?

India is second to none when it comes to climate action and climate justice. But UNSC is not the place to discuss either issue. In fact, an attempt to do so appears to be motivated by a desire to evade responsibility in the appropriate forum and divert the world’s attention from an unwillingness to deliver where it counts.

Concerns over the proposal:

The UN already has a specialized agency, the UNFCCC, for discussing all matters related to climate change.

Context: Cited by Modi in his Kashi speech.

Popular narrative goes that he left hurriedly at night for the nearby Chunar Fort riding an elephant. The incident is believed to have given rise to the popular saying in Banaras: “Ghode par haudah, hathi par jeen, Kashi se bhaga Warren Hastings”. In his speech, Modi highlighted the role of Rani Bhabani from Bengal in the development of the city.v Formally known as the S-gene Target Failure (SGTF) test, this proxy test can be used for early detection of Omicron.

The test detects the absence of the S-gene, which is an indicator of the presence of Omicron variant in a Covid positive patient.

S gene is not present in the Omicron variant. This is the result of the multiple mutations that the variant has undergone and is a marker to identify the variant