Who was Sir Syed Ahmad Khan?

He was also the founder of Aligarh muslim university. Why has he been controversial?

Sir syed Ahmed khan has often been criticised as the father of Two nation theory which led to the formation of two seperate nations i.e. India and Pakistan. 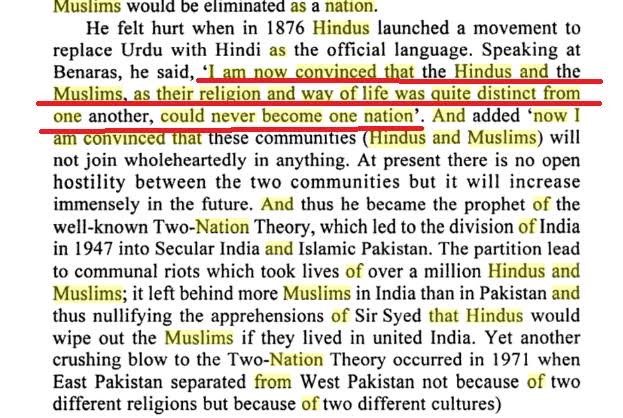 Was “two-nation” theory in existence during his times?

“Nationalism” as a consciously-held idea was a 20th century phenomenon even in Europe, from where it was imported to India.

Eminent historian Anil Seal has rightly pointed out that during Sir Syed’s times, “there were no two nations, there was not even one nation, there was no nation at all.”

Rationale behind the Establishment of Aligarh Muslim University:

The main reason behind the establishment of this institution was the wretched dependence of the Muslims. Their religious fanaticism did not let them avail the educational facilities provided by the government schools and colleges. It was, therefore, deemed necessary to make some special arrangement for their education. 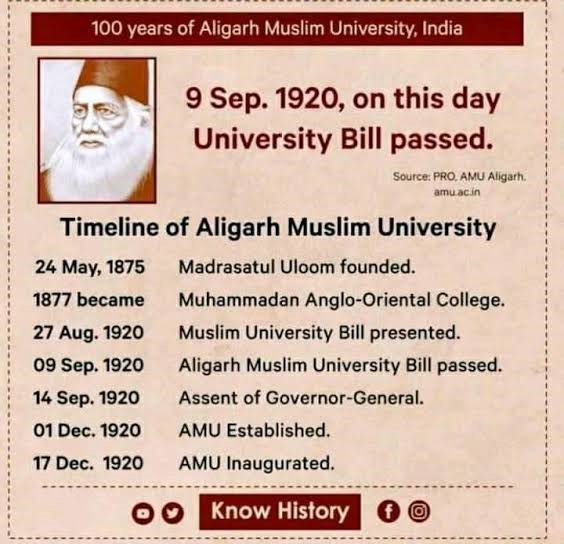 The August Offer was an offer made by Viceroy Linlithgow in 1940. What were the key recommendations made in it? Reference: read this.

Discuss the role played by Sir Syed Ahmad Khan in educating the youth of the country.

The Supreme Court has held that a superior court can set aside an anticipatory bail order if there was enough material to suggest that factors like gravity of the offence and the role of the accused in the crime were not considered by the lower court. Recent observations made by the Supreme Court on its usage? Need for such protection:

An accused, besides being an accused, may also be the primary caregiver or sole breadwinner of the family. His arrest may leave his loved ones in a state of starvation and neglect.

Do you know about the substantive Rights that Flow From Article 21? Read here

Discuss the need for and significance of anticipatory bail.

The discussions at the meeting centered on “vaccinate, calibrate and accelerate” which is the theme of the Managing Director’s Global Policy Agenda. Composition: The IMFC has 24 members, drawn from the pool of 187 governors. Its structure mirrors that of the Executive Board and its 24 constituencies. As such, the IMFC represents all the member countries of the Fund.

Functions: The IMFC meets twice a year, during the Spring and Annual Meetings. The Committee discusses matters of common concern affecting the global economy and also advises the IMF on the direction its work.

At the end of the Meetings, the Committee issues a joint communiqué summarizing its views. These communiqués provide guidance for the IMF’s work program during the six months leading up to the next Spring or Annual Meetings. There is no formal voting at the IMFC, which operates by consensus. What are IMF Quotas? How are they determined? Reference: read this.

Critically analyse the role, potential and performance of IMF in the present times.

Tamil Nadu government has issued orders to implement the urban employment scheme in the state on a pilot basis. This is an urban employment scheme to be implemented by Tamil Nadu Government on the lines of the Mahatma Gandhi National Rural Employment Guarantee Scheme (MGNREGS).

But, many of them had lost their jobs because of the COVID-19 pandemic. Did you know that the Indian Constitution does not explicitly recognise the ‘right to work’ as a fundamental right? Then, how is it treated under the Constitution? Reference: read this.

World Food Day is being celebrated every year on October 16 to commemorate the date of the founding of the United Nations Food and Agriculture Organisation in 1945.

The theme for World Food Day this year is “Our actions are our future- Better production, better nutrition, a better environment and a better life.” World Food Day was established in November 1979, as suggested by former Hungarian minister of agriculture and food Dr Pal Romany. It gradually became a way to raise awareness about hunger, malnutrition, sustainability and food production. International E-Waste Day has been observed on October 14 every year since 2018. How much E-waste is generated across the world? Effects on Humans: Some of the major health effects include serious illnesses such as lung cancer, respiratory problems, bronchitis, brain damages, etc due to inhalation of toxic fumes, exposure to heavy metals and alike.

Effects on Environment: E-waste is an environmental hazard causing groundwater pollution, acidification of soil and contamination of groundwater and air pollution due to the burning of plastic and other remnants.

Efforts by India to manage e-waste:

Laws to manage e-waste have been in place in India since 2011, mandating that only authorised dismantlers and recyclers collect e-waste.

The Ministry of Environment, Forest and Climate Change notified the E-Waste Management Rules, 2016 in supersession of the E-waste (Management & Handling) Rules, 2011.

Basel Convention on the Control of the Trans-boundary Movement of Hazardous Waste, 1992:

The Basel Convention started to address e-waste issues since 2002 which include, among others, environmentally sound management; prevention of illegal traffic to developing countries and; building capacity around the globe to better manage e-waste.

The Convention seeks to promote exchange of information (through Prior Informed Consent) among Parties over a range of potentially hazardous chemicals (includes pesticides and industrial chemicals) that may be exported or imported.

Did you know that India has an e-waste clinic for segregating, processing and disposal of waste from household and commercial units? Where was the first such clinic setup in India?

The “Kunming Declaration” was adopted by over 100 countries in the ongoing virtual 15th meeting of the Conference of the Parties (COP) to the United Nations Convention on Biological Diversity (UNCBD). Theme of the COP-15: “Ecological Civilization: Building a Shared Future for All Life on Earth”.

The Convention on Biological Diversity (CBD) entered into force on 29 December 1993. It has 3 main objectives:

The Convention was opened for signature on 5 June 1992 at the United Nations Conference on Environment and Development (the Rio “Earth Summit”).

The declaration made a reference to the ’30 by 30′ target which is a key proposal being debated at the COP15, that would afford 30% of the Earth’s land and oceans protected status by 2030. Have you heard about the Global Environment Fund (GEF)? A recent study has identified 114 priority talukas / tehsils where habitats can be consolidated to enhance population connectivity for the dhole or Asiatic Wild Dog (Cuon alpinus).