2. Paddy straw as cattle feed: a proposal by Punjab Government.

The Rajasthan government has rolled back the Rajasthan Compulsory Registrations of Marriage Amendment Bill, 2021, after it got embroiled in controversy for making it mandatory to register all marriages, including those of minors.

Key Provisions of the Bill:

The amendment amends Section 8 of the Rajasthan Compulsory Registration of Marriages Act, 2009, which deals with “Duty to submit Memorandum”. Why was this amendment made?

The state government argues that this would bring the age in line with central legislation which recognises the age of 18 as majority for a girl and 21 for a boy. Rajasthan had banned child marriage by bringing the Child Marriage Prohibition Act in 2006.

Did you know that child marriages are not illegal per se, although there is a legal framework to prevent them? Know more about this here.

Nepalese political parties have a general consensus over the fact that Kalapani in Uttarakhand is part of Nepal’s sovereign territory, said former Nepalese Foreign Minister. However, India rejected this claim. Where is Naku La? Why is it controversial? Reference: read this.

How kalapani issue can be resolved? Discuss.

In September, the International Atomic Energy Agency said Iran’s stockpile of uranium enriched to up to 20% fissile purity was estimated at 84.3 kilograms (185 pounds) up from 62.8 kilograms (138 pounds) three months earlier.

The Joint Comprehensive Plan of Action, or JCPOA:

The 2015 deal promises Iran economic incentives in exchange for limits on its nuclear program, and is meant to prevent Tehran from developing a nuclear bomb. How much enriched uranium does Iran now possess according to IAEA?

What makes the enrichment particularly threatening is that the tricky process of enrichment becomes far easier and requires fewer centrifuges as it moves into the higher purities. In other words, getting to 90 percent purity is much easier starting from 20 percent, and easier still starting from 60 percent. Do you know about India’s nuclear triad? Reference: read this. 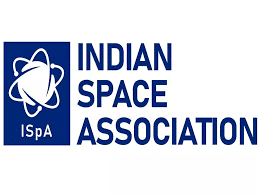 ISpA is represented by leading home grown and global corporations with advanced capabilities in space and satellite technologies.

With our large talent pool, growing prowess of home grown technology startups and private enterprises the country is at an inflexion point of what will be a giant leap in the space arena.

Globally, private enterprise are increasingly contributing to unlocking the possibilities of space.

For 75 years since independence, Indian space has been dominated by a single umbrella of Indian government and government institutions.

How are space-based communications networks growing?

There are also concerns over the crowding of the orbital space by these multiple launches. This might lead to increase in space debris.

Do you know why low earth orbit is used for space internet instead of geostationary? Reference: read this.

The Delhi government has started spraying bio-decomposer solution in farmlands to decompose the stubble left after the harvest.

The Delhi government sees the bio-decomposer as a solution to stubble burning and has been urging other States to adopt this method. The government first sprayed it last year and claimed that the results were positive.

How these decomposers are used on fields?

How stubble burning in the states of Punjab and Haryana affects the air quality of Delhi? Discuss.

Paddy straw as cattle feed: a proposal by Punjab Government:

Punjab Government has proposed to use the paddy crop residue as fodder for animals, especially cattle.

Potential benefits of this move:

Punjab produces over 20 million tonnes of paddy straw every year. Most of it is burnt in fields by farmers, leading to widespread air pollution that even spreads to neighbouring states.

But, animals cannot be fed paddy straw directly from fields.

Ways to address these challenges:

Did you know that stubble burning results in emission of harmful gases such carbon diaoxide, sulphur dioxide, nitrogen dioxide along with particulate matter?

The ‘Hot Springs’ point in Ladakh is one of the four points where the Indian and Chinese armies went face-to-face back during the standoff in May 2020. It is a women-centric safety initiative of north-west district – Delhi.