1. What is the procedure to arrest a cabinet minister in India?

What is the procedure to arrest a cabinet minister in India?

So, what is the procedure of arresting a Union minister?

A Union minister or a Member of Parliament enjoys certain privileges but most of them are available when Parliament is in session.

If Parliament is not in session, police or other law enforcement agencies may arrest a Union cabinet minister in a criminal case.

Is there any protection available to Union ministers?

A Union minister or an MP enjoys protection from arrest 40 days before the start of a Parliament session, during its sittings and 40 days after its conclusion.

So, under Section 135 of the Code of Civil Procedure, Narayan Rane has the protection from arrest in a civil case as Parliament’s Monsoon Session ended earlier this month.

Did you know that arrests cannot be made on the floors or premises of either House of the Parliament unless express permission from the presiding authority of the House — the speaker of Lok Sabha or the chairman of the Rajya Sabha? Reference: read this.

Discuss about the Parliamentary Privileges available to Union Cabinet Ministers.

August 25, 2021 / 25 Aug CA, Constitutional posts, Privileges of Members of Parliament, procedure to arrest a cabinet minister in India, Section 222A of the Rules of Procedures and Conduct of Business of the Rajya Sabha, Today Article

In simple terms, it is all about reserving access to seats in the government jobs, educational institutions, and even legislatures to certain sections of the population. 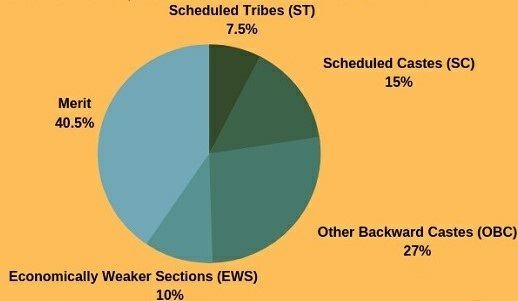 But clauses (3) to (5) of Article 15 empower the state to provide for positive discrimination in favour of the grossly underrepresented and neglected sections of the society in order to promote substantive equality or better to say EQUITY.

Article 16: Equality of opportunity in matters of public employment.

Why Supreme Court had to intervene?

Two notifications were issued by the Haryana government sub-classifying backward classes solely on economic basis while fixing the criteria for creamy layer.

What is the creamy layer?

It is a concept that sets a threshold within which OBC reservation benefits are applicable. While there is a 27% quota for OBCs in government jobs and higher educational institutions, those falling within the “creamy layer” cannot get the benefits of this quota. Income beyond 8 lakh: For those not in government services, the current threshold is an income of Rs 8 lakh per year.

Parents’ rank: For children of government employees, the threshold is based on their parents’ rank and not income.

Take away from Indira Sawhney case:

A nine-judge Constitution Bench of the Supreme Court in the Indira Sawhney case of 1992 specifically answered the question “whether backward classes can be identified only and exclusively with reference to the economic criterion.”

Reservation based entirely on economic criteria is not an all-in-one solution, though family income can be one of the parameters. Also, its time to fix a time period for the reservation system – rather than extending it to eternity. Moreover, the reservation is not a poverty alleviation scheme. There is a need to adopt MADHYAM MARG to award excellence and merit along with providing equal opportunity to vulnerable sections.

World leaders are planning to meet to discuss the renewal of the mandate of the UN Assistance Mission in Afghanistan (UNAMA), which expires on September 17.

Taliban has launched a major nationwide offensive in the wake of the withdrawal of foreign troops over the past few months.

What is the Bonn Agreement?

The Bonn Agreement set an ambitious three-year political and administrative roadmap which was, by and large, followed:

What are UN special political missions?

The term ‘Special Political Mission’ encompasses entities that are not managed or directed by the Department of Political and Peacebuilding Affairs (DPPA) such as the Office of the Special Adviser on the Prevention of Genocide.

What is Sharia law? How are rulings made? Reference

This is an urban employment scheme proposed to be implemented by Tamil Nadu Government on the lines of the Mahatma Gandhi National Rural Employment Guarantee Scheme (MGNREGS).

But, many of them had lost their jobs because of the COVID-19 pandemic.

Under the scheme, workers will be used for activities such as desilting of water bodies and maintenance of public parks and other places.

Did you know that the Indian Constitution does not explicitly recognise the ‘right to work’ as a fundamental right? Then, how is it treated under the Constitution? Reference: read this.

With rising soyabean prices escalating the poultry industry’s costs, the Centre has allowed the import of 1.2 million metric tonnes of crushed and de-oiled genetically modified (GM) soya cake till October 31, 2021.

Soyabean meal is an essential raw material for the poultry industry, but prices have more than doubled over the past couple of months. Besides, protein sources like fish, meat and milk have recorded high inflation.

Status of GM Soybean and soyabean seeds in India:

Concerns/criticisms associated with the latest move:

What are Genetically Modified crops?

Did you know that Bt cotton is the only GM crop that is allowed in India? How is it different from Herbicide Tolerant Bt (Ht Bt) cotton? Reference: read this.