Topics Covered: Development processes and the development industry, the role of NGOs, SHGs, various groups and associations, donors, charities, institutional and other stakeholders.

After reviewing over 8,000 suggestions from the public, the Uttar Pradesh State Law Commission has submitted a report and draft Bill of a new population control law (The Uttar Pradesh Population (Control, Stabilisation and Welfare) Bill, 2021) proposing two-child policy to the State government.

Key suggestions adopted by the commiss:

Highlights of the draft bill on population control:

The Uttar Pradesh government plans to set up a state population fund to implement the measures.

Overpopulation exerts strain on resources. It is therefore necessary and urgent that the provision of basic necessities of human life including affordable food, safe drinking water, decent housing, access to quality education, economic/livelihood opportunities, power/electricity for domestic consumption, and a secure living is accessible to all citizens.

Issues and concerns associated with the Bill: Do you know about Mission ParivarVikas? Reference: Read here.

The Tribunal Reforms Act, 2021 was passed in both houses recently. The law has triggered a fresh stand-off between the legislature and the judiciary over the powers of and limitations on law making.

The court found the caps arbitrary. But, the government has argued that the move will bring in a specialised talent pool of advocates to pick from.

Section 3 (1) bars appointments to tribunals of persons below 50 years of age. This undermines the length/security of tenure and violates both judicial independence and the principle of separation of powers.

Section 3(7) of the impugned Act which mandates the recommendation of a panel of two names by the search-cum selection committee to the Central Government, violates the principles of separation of powers and judicial independence.

Highlights of Tribunals Reforms (Rationalisation and Conditions of Service) Act, 2021:

What had the Court ruled and what are the key Issues with the Bill?

The Supreme Court in the case of Madras Bar Association v. Union of India had struck down the provisions requiring a minimum age for appointment as chairperson or members as 50 years and prescribing the tenure of four years.

The Bill has sought to undo the judgment of the Apex Court wrt to the following provisions:

Do you know the differences between Tribunals and Courts? Reference: read this.

On July 22, 1947, the National flag of India was adopted in its present form (horizontal rectangular tricolour) during a meeting of the Constituent Assembly, 23 days before India’s Independence, and became the official national flag of the Dominion of India on August 15, 1947. Statutes Governing Use of Flag:

Rules governing the display of the Tricolour:

The Flag Code of 2002 is divided into three parts:

1-a general description of the tricolour

2-rules for display of the flag by governments and government bodies.

3-rules on display of the flag by public and private bodies and educational institutions. 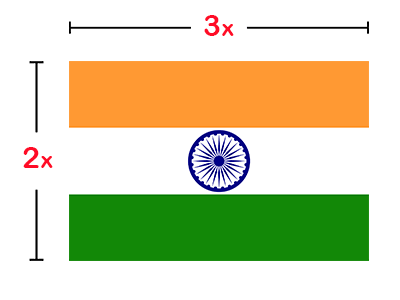 Do you know about Flag Satyagraha, the Jhanda Satyagraha? It was held in Jabalpur and Nagpur in 1923. Reference:

The proposed legislation on cryptocurrencies has been tabled before the Cabinet and awaiting its approval.

It prohibits all private cryptocurrencies and provides for an official digital currency to be issued by the Reserve Bank of India.

The purpose of the law has been described as:

Why the govt wants to ban cryptocurrencies?

National Informatics Centre (NIC) has set up a Centre of Excellence (CoE) in Blockchain Technology in Bengaluru. Do you know how it works? Reference:

Four more Indian sites have been recognised as wetlands of international importance under the Ramsar Convention taking the number of such sites in the country to 46.

The new sites include:

Why wetlands are crucial for a healthy planet?

The health of people on our planet depends on healthy wetlands.

Chilka lake (Odisha)was placed in the record but was later removed from it.

What are Important Bird and Biodiversity Areas? How are they protected? Reference: Read this.

The anti-drug law enforcement agencies are suspecting a steep surge in cross-border trafficking of heroin and crystal methamphetamine with the rapid Taliban takeover in Afghanistan.

Drugs have been a major source of revenue for the Taliban. With the collapse of Afghanistan’s economy, the Taliban will rely heavily on drug money to maintain control over their cadres.

According to the latest World Drug Report of the United Nations Office on Drugs and Crime: