1. The Jharkhand bill that reserves 75% jobs in private sector for locals.

3. Cabinet gives nod to Bill for setting up DFI.

2. EU has been declared an ‘LGBTIQ Freedom Zone’.

Launched in December 2020 by the Assam Government, Orunudoi scheme is one of the most popular schemes of the state.

Nominated MP Swapan Dasgupta has resigned from Rajya Sabha, a year before completion of his term.

The opposition had raised the issue of his disqualification from Rajya Sabha under the anti-defection law because the BJP had fielded Dasgupta as its candidate for Tarakeswar constituency in the West Bengal Assembly elections.

Who are Nominated members?

The law specifies the circumstances under which changing of political parties by MPs invite action under the law. It covers three types of scenarios with respect to an MP switching parties:

The Supreme Court has issued a warning to Tamil Nadu in the Mullaperiyar case.

The Kerala government has accused Tamil Nadu of adopting an “obsolete” gate operation schedule dating back to 1939. It has also expressed apprehensions about the lack of proper supervision of water levels in the dam located along the Periyar tiger reserve. The Jharkhand bill that reserves 75% jobs in private sector for locals:

The Jharkhand government has announced 75% reservation in private sector jobs.

How does the bill define private sector jobs?

The bill will treat shops, establishments, mines, enterprises, industries, companies, societies, trusts, Limited Liability Partnership firms and any person employing ten or more persons as the private sector and an entity. Moreover, the same may be notified by the government from time to time.

It is a report on air quality released by Swiss organisation, IQAir. 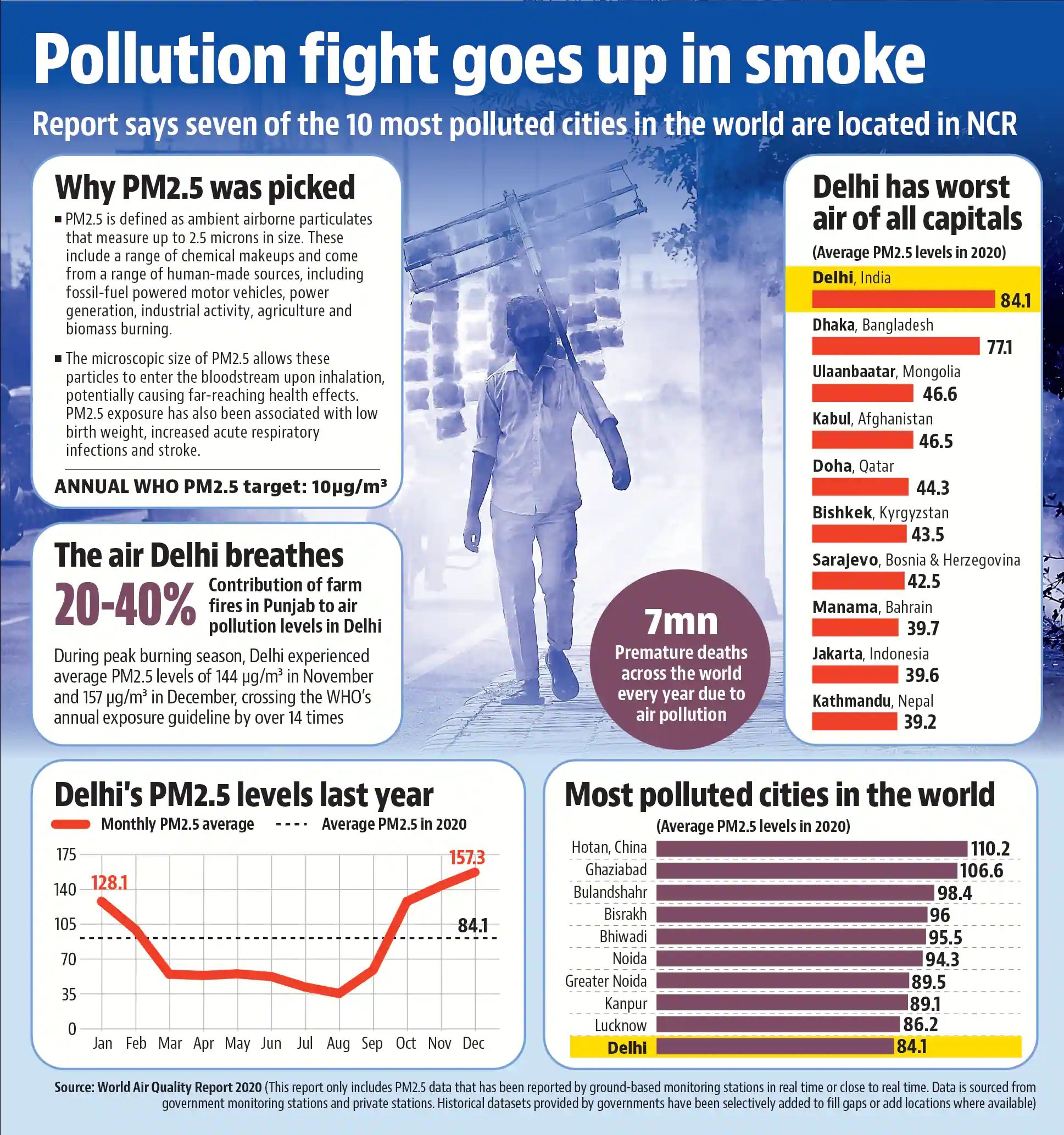 While many cities, including Delhi, have recorded marginal improvements in air quality due to lockdowns, the health and economic cost of air pollution remain severe.

Why despite efforts at various levels, Delhi is ranked as the most polluted capital in world? Comment.

Cabinet gives nod to Bill for setting up DFI:

The Union Cabinet has approved a Bill to set up a Development Finance Institution – National Bank for Financing Infrastructure and Development (NaBFID).

The government had mentioned in the Budget that it would be setting up a national bank for funding infrastructure and development activity. EU has been declared an ‘LGBTIQ Freedom Zone’: