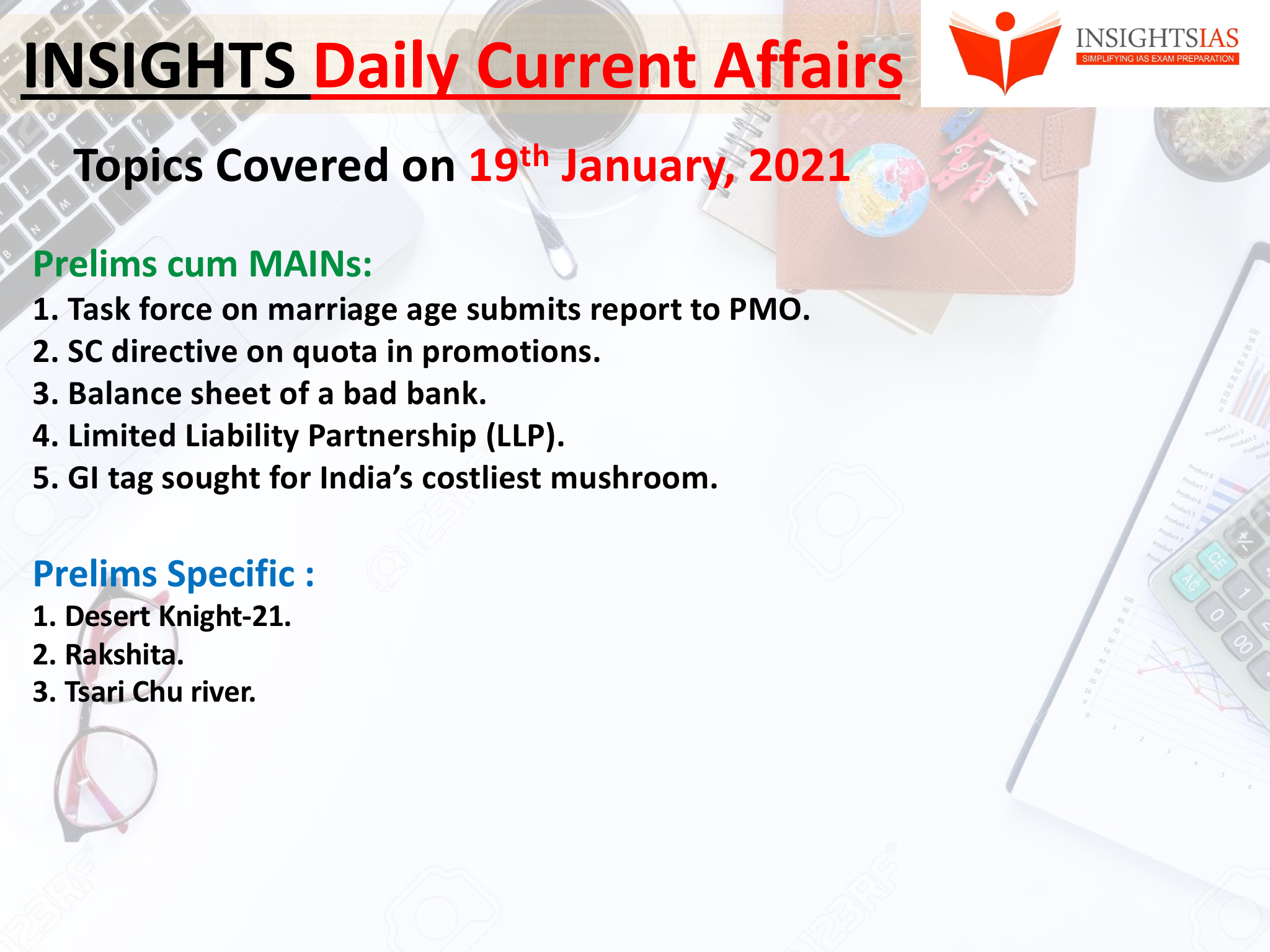 1. SC directive on quota in promotions.

1. Balance sheet of a bad bank.

The task force was set up to take a re-look at the age of marriage for women has submitted its report to the Prime Minister’s Office and the Ministry of Women and Child Development.

When was the task force set up?

Finance Minister Nirmala Sitharaman in her Budget speech last year proposed a panel on the “age of a girl entering motherhood” to lower maternal mortality rates and improve nutrition levels.

But when the decision to appoint a task force was announced, its terms of reference included examining “the correlation of age of marriage and motherhood” with health and nutritional status of mothers and infants.

Women’s rights activists have opposed the suggestion of raising the age of marriage from 18 to 21 for women and have cited evidence to show that such a move may be used to incarcerate young adults marrying without parents’ consent.

The minimum age of marriage is distinct from the age of majority, which is gender-neutral.

SC directive on quota in promotions:

The Supreme Court has asked Attorney General K.K. Venugopal to compile the various issues being raised by States with regard to the application of a Constitution Bench judgment of 2006 in M. Nagaraj case.

On June 17, 1995, Parliament, acting in its constituent capacity, adopted the seventy-seventh amendment by which clause (4A) was inserted into Article 16 to enable reservation to be made in promotion for SCs and STs.

Discuss the need for reservation in promotions.

Balance sheet of a bad bank:

The idea of setting up a bad bank to resolve the growing problem of non-performing assets (NPAs), or loans on which borrowers have defaulted, is back on the table.

The K V Kamath Committee, has said companies in sectors such as retail trade, wholesale trade, roads and textiles are facing stress.

Govt. to amend LLP Act to spur ease of business.

A geographical indication (GI) tag has been sought for one of the costliest mushrooms in the world that grows in Jammu and Kashmir’s Doda district.