1. What is a Solar Eclipse?

1. Delimitation should be based on 2031 Census.

2. India is on track to reduce emissions.

4. What is the diversity requirements that Indian companies need to meet?

The total solar eclipse on December 14, Monday will be the last eclipse of the year.

It is a natural event that takes place on Earth when the Moon moves in its orbit between Earth and the Sun (this is also known as an occultation).

Then, why isn’t there a solar eclipse every month?

If the Moon was only slightly closer to Earth, and orbited in the same plane and its orbit was circular, we would see eclipses each month. The lunar orbit is elliptical and tilted with respect to Earth’s orbit, so we can only see up to 5 eclipses per year. Depending on the geometry of the Sun, Moon and Earth, the Sun can be totally blocked, or it can be partially blocked.

Delimitation should be based on 2031 Census:

A paper released by the Pranab Mukherjee Foundation (PMF) on the eve of the late President’s birth anniversary has suggested that the next delimitation exercise should be a two-step process:

The population according to the last census preceding the freeze was 50 crore, which in 50 years has grown to 130 crore. This has caused a massive asymmetry in the political representation in the country.

The Centre has said that it would consider referring (under Section 3 of the Inter State River Waters Disputes Act) the matter for reallocation of Krishna waters between Telangana and Andhra Pradesh either to a new tribunal or to the existing Krishna Water Disputes Tribunal-II headed by Justice Brijesh Kumar, once Telangana withdrew its petition on the issue in the Supreme Court.

The Telangana government has filed a special leave petition (SLP) in Supreme Court seeking a direction to Andhra Pradesh government not to go ahead calling tenders for the Rayalaseema Lift Irrigation Scheme.

The two States- AP ans Telangana- share stretches of the Krishna and the Godavari and own their tributaries.

It is an east-flowing river.

Originates at Mahabaleshwar in Maharashtra and merges with the Bay of Bengal, flowing through Maharashtra, Karnataka, Telangana and Andhra Pradesh.

Basin: Together with its tributaries, it forms a vast basin that covers 33% of the total area of the four states.

It has challenged the order of the Brijesh Kumar Tribunal in the Supreme Court.

Chinese spacecraft carrying rocks and soil from the moon has begun its journey back to Earth, putting China on course to become the first country to successfully retrieve lunar samples since the 1970s.

A successful landing in Inner Mongolia would make China only the third country to have retrieved lunar samples after the United States and the Soviet Union.

The plan was to collect 2 kg (4.4 lbs) of samples, although it has not been disclosed how much was actually gathered.

The Chang’e-5 was launched on Nov. 24 and a lander vehicle touched down on the moon on Dec. 1. The mission was expected to take around 23 days in total.

The objective of the mission was to bring back lunar rocks, the first attempt by any nation to retrieve samples from the moon in four decades.

It is an unmanned spacecraft by China. The probe is named after the mythical Chinese moon goddess.

The rocket comprises of four parts: an orbiter, a returner, an ascender and a lander.

India is on track to reduce emissions:

Environment Minister Prakash Javadekar said that India was the only major G20 country that was on track towards keeping to its nationally determined commitments to halt runaway global warming.

These remarks were made ahead of the international Climate Ambition Summit to be jointly hosted shortly by the United Nations, the United Kingdom and France, in partnership with Chile and Italy to mark the fifth anniversary of the adoption of the Paris Agreement.

It has been recorded for the first time north of the Shencottah gap in the Vazhachal Reserve Forest in Kerala’s Thrissur district. 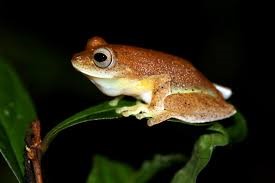 Kaziranga National Park and Tiger Reserve can now be explored by boats while bicycle tracks are also being finalised. One can go trekking too. But the new activities are beyond the 1,302 sq km Kaziranga’s core area of 482 sq km.

What is the diversity requirements that Indian companies need to meet?

The Commission will be guided by four principles: first, UHC covers all health concerns; secondly, prevention and long-term care are key. Thirdly, the concern is financial protection for all health costs, and finally, aspiring for a health system that can be accessed by all who enjoy the same quality.