2. Who is a star campaigner?

Assam Cabinet has decided to request the State Election Commission to schedule the Bodoland Territorial Council election in December.

The elections to 40 seats in the council were to have been held on April 4 but were deferred due to the COVID-19 pandemic.

The council has been under the Governor’s rule since its dissolution on April 27. What are Autonomous District Councils?

What are Autonomous District Councils? Why have they been constituted? Discuss.

Who is a star campaigner?

The Election Commission has revised norms for star campaigners for polls during the pandemic.

Who are star campaigners?

They can be described as persons who are nominated by parties to campaign in a given set of Constituencies. These persons are, in almost all cases, prominent and popular faces within the Party. However, there are no specific definitions according to law or the Election Commission of India.

The expenditure incurred on campaigning by such campaigners is exempt from being added to the election expenditure of a candidate. However, this only applies when a star campaigner limits herself to a general campaign for the political party she represents.

What if a star campaigner campaigns specifically for one candidate?

If a candidate or her election agent shares the stage with a star campaigner at a rally, then the entire expenditure on that rally, other than the travel expenses of the star campaigner, is added to the candidate’s expenses.

While the basic idea of a contempt law is to punish those who do not respect the orders of the courts, in the Indian context, contempt is also used to punish speech that lowers the dignity of the court and interferes with the administration of justice.

On March 23, the Shaheen Bagh sit-in protest against the citizenship law was cleared by Delhi police after curbs were imposed on assembly and movement of people in wake of the coronavirus pandemic. The protest had been on for more than 100 days.

What has the Supreme Court ruled now?

Fundamental rights do not live in isolation. These rights are subject to reasonable restrictions imposed in the interest of sovereignty, integrity and public order.

The right to protest peacefully is guaranteed by the Constitution of India.

Articles 19(1)(a) and 19(1)(b) give to all citizens the right to freedom of speech and expression, and to assemble peaceably and without arms.

However, under Articles 19(2) and 19(3), the right to freedom of speech is subject to “reasonable restrictions”.

The legal provisions and avenue available to police for handling agitations, protests, and unlawful assemblies are covered by the Code of Criminal Procedure (CrPC), 1973, the Indian Penal Code (IPC), 1860, and The Police Act, 1861.

Dissent and democracy go hand in hand but protests must be carried out in designated area. Discuss.

The Centre recently said that it will determine the jurisdictions of the Krishna and Godavari river management boards (KRMB and GRMB).

The meeting was held primarily to resolve the conflict between the two States over executing irrigation projects and sharing water from the Krishna and Godavari rivers.

The apex council has been constituted by the Central Government under the provisions of Andhra Pradesh Reorganisation Act (APRA), 2014.

Article 262 of the Constitution provides for the adjudication of inter-state water disputes.

The Parliament has enacted the two laws:

It provides for the establishment of river boards by the Central government for the regulation and development of inter-state river and river valleys.

A River Board is established on the request of state governments concerned to advise them.

It empowers the Central government to set up an ad hoc tribunal for the adjudication of a dispute between two or more states in relation to the waters of an inter-state river or river valley.

It is a biennial report of the World Bank.

In order to reverse this serious setback to development progress and poverty reduction, countries will need to:

The United States has issued new rules that make it harder for US companies to employ people on H-1B non-immigrant visas.

The new rules will impact Indian services and staffing firms who often place workers on projects at third-party locations.

Why should the US be worried about these changes?

The changes will restrict access to talent and harm the American economy.

They would also endanger U.S. jobs, put U.S. interests at risk and slow down R&D into solutions for COVID-19 crisis.

In order to fill a vacuum of highly-skilled low-cost employees in IT and other related domains, the US administration issues a certain number of visas each year which allows companies from outside the US to send employees to work on client sites.

Details (For better understanding- need not mug up):

What is the significance of this technology?

2018 Designer Babies: In November 2018, a Chinese researcher claimed that he had altered the genes of a human embryo that eventually resulted in the birth of twin baby girls. This was the first documented case of a ‘designer babies’ being produced using the new gene-editing tools like CRISPR, and this raised ethical concerns.

What was the concern then?

The concerns were over the ethics of producing babies with particular genetic traits. Google is facing a new antitrust case in India. It is alleged to have abused its Android operating system’s position in the smart television market.

What are anti-trust laws?

The Competition Act, 2002 is India’s antitrust law. It replaced the Monopolistic and Restrictive Trade Practices Act of 1969.

The Cabinet has approved the reforms to push the usage of Natural Gas. Discuss the potential of natural gas.

What is the National Air Quality Index?

Launched in 2014 with outline ‘One Number – One Color -One Description’ for the common man to judge the air quality within his vicinity. How many deputy Governors are there in RBI?

As per the RBI Act, the central bank should have four deputy governors — two from within the ranks, one commercial banker and another an economist to head the monetary policy department. 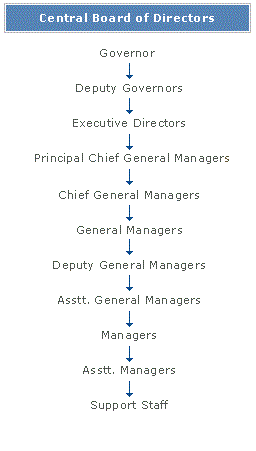 India and Japan have welcomed the finalisation of the text of a cybersecurity agreement.