Right to Fair Compensation and Transparency in Land Acquisition, Rehabilitation and Resettlement Act, 2013:

Chief Justice of India (CJI) Sharad A. Bobde has questioned the infallibility of a land acquisition judgment delivered by a Constitution Bench, led by his former colleague, Justice Arun Mishra, saying the verdict had left things “unsaid”.

Important observations made by CJI:

The order gifted the government “laxity” in several aspects, which even Parliament did not bother to provide under the Act of 2013.

In March this year, the Supreme Court Constitution Bench had reaffirmed the February 2018 ruling on Section 24 on land acquisition compensation awards in the Indore Development Authority case.

The judgment of the Constitution Bench was interpreting Section 24 (2) of the 2013 Act, which dealt with payment of compensation for land acquired by the government.

When would it lapse then?

The judgment had declared that acquisition would only lapse if the government had neither taken possession nor paid the compensation due to the landowner for five or more years prior to January 1, 2014. 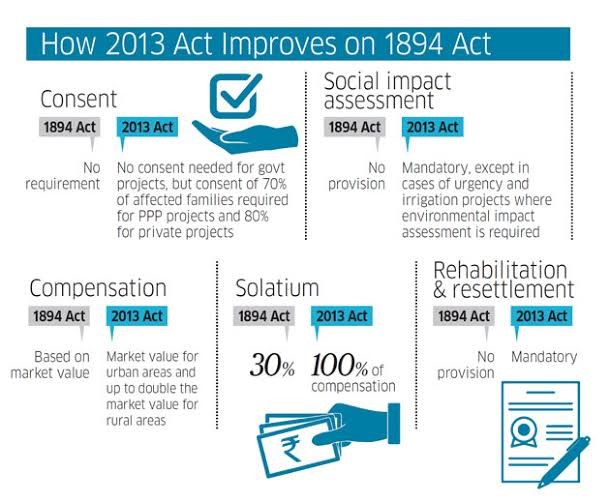