3. Right to Fair Compensation and Transparency in Land Acquisition, Rehabilitation and Resettlement Act, 2013.

2. What is the production linked incentive scheme for electronics manufacturers?

Scientists have warned India of another virus — cat que virus — largely reported in China and having the potential to cause disease in India.

What is Cat Que virus?

It is one of the arthropod-borne viruses (arboviruses).

It can cause febrile illnesses, meningitis and paediatric encephalitis in humans. 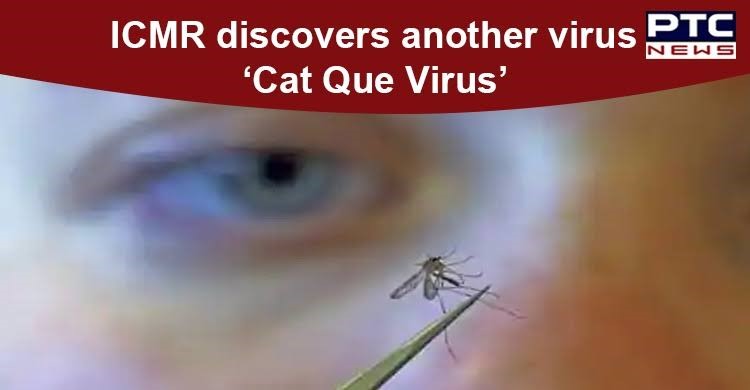 What is Cat Que Virus? How is it spread? Discuss.

DAP 2020, which will govern the procurement of defence equipment from the capital budget, was recently unveiled.

The “import embargo list” of 101 items that the government promulgated last month has been specifically incorporated into DAP 2020. (An embargo is a government order that restricts commerce with a specified country or the exchange of specific goods.)

Right to Fair Compensation and Transparency in Land Acquisition, Rehabilitation and Resettlement Act, 2013:

Chief Justice of India (CJI) Sharad A. Bobde has questioned the infallibility of a land acquisition judgment delivered by a Constitution Bench, led by his former colleague, Justice Arun Mishra, saying the verdict had left things “unsaid”.

Important observations made by CJI:

The order gifted the government “laxity” in several aspects, which even Parliament did not bother to provide under the Act of 2013.

In March this year, the Supreme Court Constitution Bench had reaffirmed the February 2018 ruling on Section 24 on land acquisition compensation awards in the Indore Development Authority case.

The judgment of the Constitution Bench was interpreting Section 24 (2) of the 2013 Act, which dealt with payment of compensation for land acquired by the government.

When would it lapse then?

The judgment had declared that acquisition would only lapse if the government had neither taken possession nor paid the compensation due to the landowner for five or more years prior to January 1, 2014. Topics Covered:  Inclusive growth and issues arising from it.

Because of economic woes created by the COVID-19 pandemic, the Reserve Bank has decided to extend by six months the enhanced borrowing facility provided to banks to meet the shortage of liquidity till March 31, 2021.

Borrowing limit for scheduled banks under the marginal standing facility (MSF) scheme was increased from 2% to 3% of their net demand and time liabilities (NDTL) with effect from March 27, 2020.

This dispensation provides increased access to funds to the extent of ₹1.49 lakh crore, and also qualifies as high-quality liquid assets (HQLA) for the liquidity coverage ratio (LCR).

Under the MSF, banks can borrow overnight at their discretion by dipping into the statutory liquidity ratio (SLR).

NDTL refers to the total demand and time liabilities (deposits) of the public that are held by the banks with other banks.

The high-quality liquid assets include only those with a high potential to be converted easily and quickly into cash.

What is the production linked incentive scheme for electronics manufacturers?

Three Apple Inc.’s top contract manufacturers are planning to invest a total of almost $900 million in India in the next five years to tap into a new production-linked incentive plan.

Notified on April 1 as a part of the National Policy on Electronics.

It proposes a financial incentive to boost domestic manufacturing and attract large investments in the electronics value chain. Ministry of Road Transport and Highways has allowed use of H-CNG (18% mix of hydrogen) in CNG engines.

The Bureau of Indian Standards (BIS) has also developed specifications (IS 17314:2019) of Hydrogen enriched Compressed Natural Gas (H-CNG) for automotive purposes, as a fuel.

The blending of hydrogen with CNG provides a blended gas termed as HCNG. The ED is conducting the money laundering probe based on two FIRs registered by the CBI against Sterling Biotech and others in October 2017. In one case, the agencies have alleged routing of undisclosed funds belonging to unknown Income-Tax Department officials, while the second case pertains to bank loan defaults of ₹8,100 crore.

Who is a Fugitive Economic Offender?

A person can be named an offender under the Fugitive Economic Offenders Act, 2018, if there is an arrest warrant against him or her for involvement in economic offences involving at least Rs. 100 crore or more and has fled from India to escape legal action.

It is headed by the Defence Minister.

It completed five years of operation in the sky by imaging astronomical objects on 28 September 2020.

The telescope is celebrating its 20th Birthday.

The Ministry of Home Affairs has extended the ban on the National Socialist Council of Nagaland-Khaplang (NSCN-K) by notifying it as an “unlawful association” under the Unlawful Activities (Prevention) Act.