African swine fever (ASF) has spread to Meghalaya; more than 17,000 pigs have died due to the highly-contagious disease in adjoining Assam.

Since February this year, ASF has killed at least 17,000 domesticated pigs in Assam and an unspecified number in Arunachal Pradesh. The disease is believed to have been transmitted from China where it has resulted in the death of several animals in 2019.

Piggery is a major source livelihood in the northeast because of the high demand for pork. Assam alone has seven lakh pig farmers engaged in the business, worth at least ₹8,000 crore annually.

ASF is a highly contagious and fatal animal disease that infects domestic and wild pigs, typically resulting in an acute form of hemorrhagic fever.

It was first detected in Africa in the 1920s. 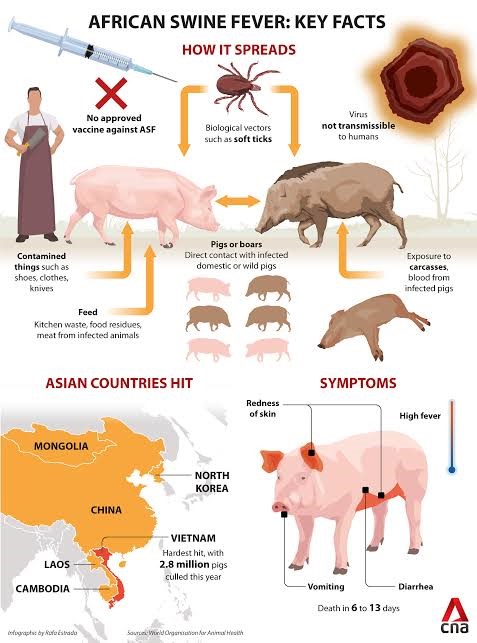