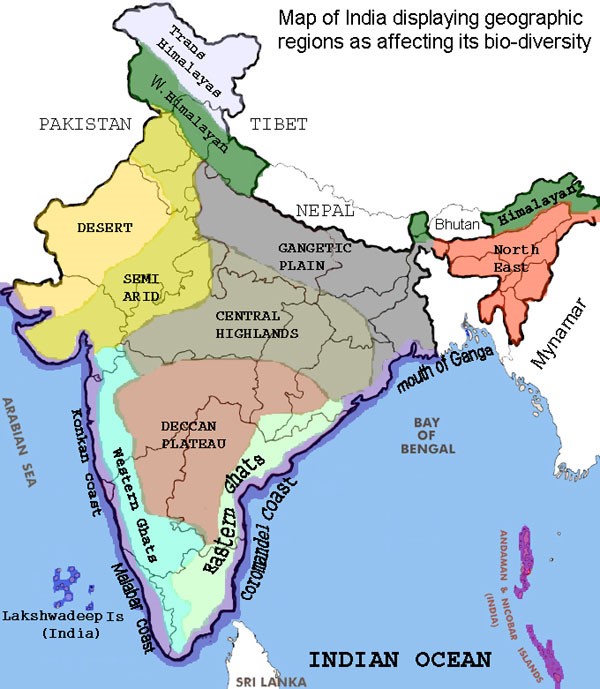 Landslides have caused massive damage of life and property during extremely heavy rain across India, most recently in Kerala.

The Kedarnath landslide in Uttarakhand in June 2013, caused by flash floods that resulted in over 5,000 deaths, was identified as the most tragic such disaster.

The landslip in Idukki, that has so far claimed 43 lives and rendered several homeless, follows from a continuing spell of heavy rains in Kerala.

Most districts have received three or four times more rain than what is normal. Last year too, neighbouring Wayanad saw multiple hamlets wiped out and the year before, the devastating floods in the State forced a debate on the need for new models of development.

A landslide is defined as the movement of a mass of rock, debris, or earth down a slope.

Landslides are a type of “mass wasting (a geomorphic process),” which denotes any down-slope movement of soil and rock under the direct influence of gravity.

Several things can trigger landslides, including the slow weathering of rocks as well as soil erosion, earthquakes and volcanic activity.

As per Geological Survey of India, the window of economic loss due to landslides may reach between 1-2% of the gross national product in many developing countries.

Landslips, or landslides, in the Western Ghats have a history. Following the 2018 floods, data from the Geological Survey of India showed that Kerala had experienced 67 major landslide events and several minor ones from 1961-2013.

As part of a National Landslide Susceptibility Mapping (NLSM) programme, the agency mapped several States in the Western Ghats, North-eastern States, Jammu and Kashmir and Uttarakhand to assess how vulnerable their districts were.

Nearly 13 of the State’s 14 districts were prone to landslides and what made Kerala particularly vulnerable was the high population density over 800 per square kilometre compared to other States that also faced high landslide risk.

India among nations most affected by landslides due to human activities: study:

The objective of the NLSM maps is to help State and district authorities incorporate the risk of landslides into zoning laws.

However, just as in the case of earthquake zonation maps, or for that matter, any exercise to scientifically ascertain the risk from natural hazards to a region, these laws are barely implemented in the right spirit.

And this is not unique to Kerala. The details might vary but it is now beyond contestation that India is living in a new climate normal.

Frequent high intensity bursts of rain will co-exist along with long dry spells. It has emerged from studies of Kerala’s topography that quarrying and the unscientific cutting of slopes into hills aggravates the risk of soil erosion.

Operationalising the State’s disaster management apparatus and allocating funds for preparedness are key policy responses, but Kerala also must double down on enforcing regulations and observing zoning laws as well as ensuring that slopes carved into hilly terrain have adequate provisions for draining water.

A lack of compliance with such principles is often a key reason why natural hazards end up causing a significant number of avoidable casualties.

There is a cost to pursuing development goals without paying attention to environmental constraints.

The National Landslide Susceptibility Mapping (NLSM) programme of the Geological Survey of India could help assess the vulnerability of the districts and this could allow the concerned states to plan accordingly.

Installing early warning systems based on the monitoring of ground conditions like slope displacement, strain in soil and rocks, groundwater levels can help warn the residents and authorities of the risks.

Landslide Education, Awareness and Capacity Building among the residents and the local administration must be an important preparation strategy.

The district and state disaster management apparatus should be ready for intervention at a short notice.