Maharashtra government recently informed the Bombay High Court that more than ₹2.5 crore had already been spent on the construction of a national monument of the general Tatya Tope at Yeola in Nashik district.

A PIL was filed in the court seeking a direction to authorities to change the place sanctioned for the monument from Yeola taluka to a plot in Angangaon village in Yevla tehsil of the same district, which belongs to the Irrigation department.

However, the Court has declined to provide an interim relief on the belated approach and said 50% of the construction work of the monument had already been completed.

Also known as Ramachandra Pandurang Tope, he was one of the most notable Indian freedom fighters and a general in the Rebellion of 1857.

Tatya Tope was defeated by Sir Colin Campbell (later Baron Clyde) on December 6, 1857. He was hanged on April 18, 1859, in General Meade’s camp at Shivpuri.

Write a note on Tatya Tope and his key contributions to the freedom struggle.

Reversing the 2011 Kerala High Court decision, the Supreme Court has upheld the right of the Travancore royal family to manage the property of deity at Sree Padmanabha Swamy Temple in Thiruvananthapuram.

The court examined this claim within the limited meaning of that term according to the Travancore-Cochin Hindu Religious Institutions Act, 1950 to claim ownership, control and management of the ancient Sree Padmanabha Swamy Temple.

Accepting the royals’ submission that the temple is a “public temple”, the court issued a slew of directions for its transparent administration in the future.

It directed the setting up of an administrative committee with the Thiruvananthapuram District Judge as its chairperson.

It also ordered a second committee to be constituted to advise the administrative committee on policy matters.

Who had the ownership, control and management of the Padmanabhaswamy temple before 1991? (Have a brief overview of the events):

The High Court (HC) had ruled that the successor to the erstwhile royals could not claim to be in control of the Sree Padmanabhaswamy Temple after the amendment of definition of ‘Ruler’ in Article 366 (22) of the Constitution of India.

After facing flak from the transgender community, the Centre has done away with the requirement of a medical examination for trans persons applying for a certificate of identity in its latest draft rules framed under the Transgender Persons (Protection of Rights) Act, 2019.

Overview of the draft ‘Transgender Persons (Protection of Rights) Rules, 2020’:

Definition of a transgender person:

Prohibition against discrimination: Any person who is found to be compelling a transgender person into bonded labour denying right of public passage to a transgender person, evicting a transgender from his/her place of residence, causing physical, sexual, verbal, economic and emotional abuse, can be penalised with imprisonment of not less than six months, that can extend up to two years.

The bill has a provision that provides transgender the right of residence with parents and immediate family members.

The law was a consequence of the directions of the Supreme Court of India in the National Legal Services Authority vs. Union of India case judgment, mandating the Central and State governments to ensure legal recognition of all transgender persons and proactive measures instituted for their welfare.

It calls for establishing a National Council for Transgender persons (NCT).

The NCT will consist of:

Discuss the significance of the act and concerns to be addressed.

These steps guide the planning and implementation of digital education step by step with examples.

These are only advisory in nature and state governments can formulate their own rules, based on local needs.

The guidelines outline suggestions for administrators, school heads, teachers, parents and students on the following areas:

Need for guidelines on online education:

To mitigate the impact of the pandemic, schools will not only have to remodel and re-imagine the way teaching and learning have happened so far, but will also need to introduce a suitable method of delivering quality education through a healthy mix of schooling at home and schooling at school. At the upcoming Virtual “EU- India Summit”, Leaders expected to give a kickstart to negotiations on the Bilateral Trade and Investment Agreement (BTIA) as the EU-India FTA is known, which have failed to be resumed despite several commitments by the leaders, including at the last E.U.-India summit in 2017.

Negotiators are still “quite far apart” due to what Europe perceives as India’s “protectionist stance”.

Besides, Make in India programme has been accelerated by the COVID-19 crisis and recent pronouncements that India wants to go ‘Self reliant’ has added to the situation.

Trade with India formed under 3% of the E.U.’s global trade, which is “far below” what was expected of the relationship.

Conversely, the E.U. is India’s largest trading partner and investor, and accounts for 11% of India’s global trade.

In June 2007, India and the EU began negotiations on a broad-based Bilateral Trade and Investment Agreement (BTIA) in Brussels, Belgium.

These negotiations are pursuant to the commitment made by political leaders at the 7th India-EU Summit held in Helsinki on 13th October 2006 to move towards negotiations for a broad-based trade and investment agreement on the basis of the report of India-EU High Level Technical Group.

India and the EU expect to promote bilateral trade by removing barriers to trade in goods and services and investment across all sectors of the economy.

Both parties believe that a comprehensive and ambitious agreement that is consistent with WTO rules and principles would open new markets and would expand opportunities for Indian and EU businesses.

India’s demand for easier work visa and study visa norms as well as data secure status, that would make it easier for European companies to outsource business to India, were also not received enthusiastically by the EU countries.

Nagorno-Karabakh, also known as Artsakh, is a landlocked region in the South Caucasus, within the mountainous range of Karabakh.

It is internationally recognized as part of Azerbaijan.
What is the dispute?

The landlocked mountainous region of Nagorno-Karabakh is the subject of an unresolved dispute between Azerbaijan, in which it lies, and its ethnic Armenian majority, backed by neighbouring Armenia. 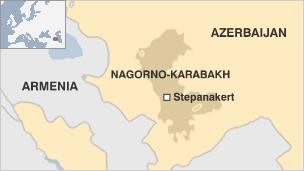 Located in the State of Assam.

It is the single largest undisturbed and representative area in the Brahmaputra Valley floodplain.

Much of the focus of conservation efforts in Kaziranga are focused on the ‘big four’ species— rhino, elephant, Royal Bengal tiger and Asiatic water buffalo.

It was designated by the United Nations General Assembly (UNGA) in 2014.

The day also marks the 5th anniversary of the launch of Skill India Mission.