The only drug available against leishmaniasis, miltefosine, is rapidly losing its effectiveness because of emerging resistance to this drug due to a decrease in its accumulation inside the parasite, which is necessary for the drug to kill the parasite.

It is caused by a parasite called Leishmania, which is transmitted through the bite of sand flies. 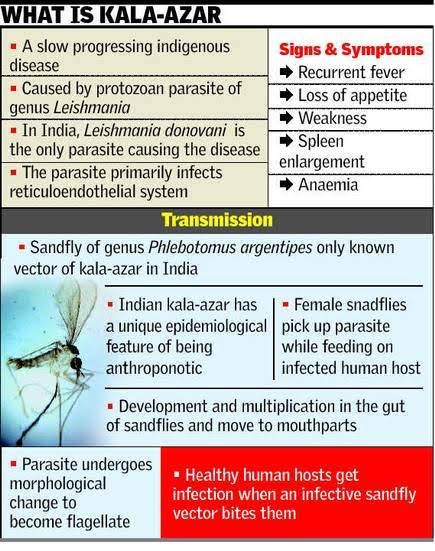 How is kala- azar caused? Examine what measures has the government taken to tackle those disease.