2. Scrapping of Article 370 and LAC tensions.

The festival is being celebrated in Odisha.

Why and when is it celebrated?

This is a three-day-long festival dedicated to Mother Earth (Bhuma Devi) and womanhood at large.

The festivities begin a day before Mithuna Sankranti and conclude two days after that.

How is it celebrated?

The first day of the festival is called Pahili Raja, the second is Mithuna Sankranti and the third Bhu daha or Basi Raja.

The preparation begins one day before Pahili Raja, and it is called Sajabaja. Primarily, it is a time for the unmarried girls to prepare for their matrimony.

They follow various customs related to the festival by consuming nutritious food like Podapitha, not walking barefoot, taking a bath on the first day, and merrily swinging on ropes attached to a tree.

During the Parba, Odia people do no undertake any construction works or tilling that requires the earth to be dug. And by not doing such activities, they pay ode to the Mother Earth who needs a break from routine work.

The festival concludes with a custom called Vasumati Snana or the bathing of Bhuma Devi. Women worship a stone that symbolises the Mother Earth. They give her a bath with turmeric paste and offer her flowers and smear her with Sindoor.

A team of researchers from the Jawaharlal Nehru University (JNU) has developed new drug molecules against the protozoa that causes amoebiasis.

What is Amoebiasis or amoebic dysentery?

It is a parasitic infection of the colon with the amoeba Entamoeba histolytica.

According to WHO, Entamoeba histolytica is the third-leading cause of morbidity and mortality due to parasitic disease in humans.

This protozoan is anaerobic or micro-aerophilic in nature such that it cannot survive high concentrations of oxygen.

However, during infection, it faces a high surge of oxygen inside the human body. The organism synthesizes large amounts of cysteine to counter oxidative stress.

Spread of the disease:

It spreads through drinking or eating uncooked food, such as fruit, that may have been washed in contaminated local water.

Treatment consists of self care and antiparasitics. 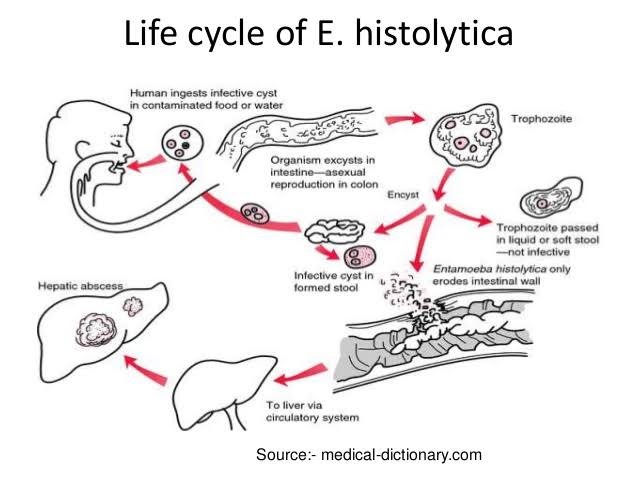 Scrapping of Article 370 and LAC tensions

An influential Chinese think-tank- China Institutes of Contemporary International Relations (CICIR)- has linked the current tensions along the Line of Actual Control (LAC) to India’s move last year to abrogate Article 370 and change the status of Jammu and Kashmir.

What has the CICIR said on this?

It described the move as a joint challenge to China and Pakistan, saying the move had “posed a challenge to the sovereignty of Pakistan and China”
and “made India-Pakistan relations and China-India relations more complex.” China alleges that India opened up new territory on the map, incorporated part of the areas under the local jurisdiction of Xinjiang and Tibet into its Ladakh union territory.

And this forced China into the Kashmir dispute, stimulated China and Pakistan to take counter-actions on the Kashmir issue, and dramatically increased the difficulty in resolving the border issue between China and India.

Recently, there has been an increased tension in the India-China relations, due to the Chinese transgressions into Indian territory, across the disputed Line of Actual Control (LAC) in Ladakh. Talks are on at various levels to diffuse the situation. Discuss how abrogation of Article 370 has escalated border tensions between India and China.

India is looking to post Navy Liaison Officers at the Regional Maritime Information Fusion Centre (RMIFC) in Madagascar and also at the European maritime surveillance initiative in the Strait of Hormuz for improved Maritime Domain Awareness (MDA).

The RMFIC functions under the aegis of the Indian Ocean Commission (IOC) of which India became an Observer in March 2020 along with Japan and the United Nations.

It is based in Madagascar. It is designed to deepen maritime domain awareness by monitoring maritime activities and promoting information sharing and exchange.

About the European maritime surveillance initiative in the Strait of Hormuz:

The EMASOH headquarters is composed of Belgium, Denmark, the Netherlands and French officers and based at the French naval base in Abu Dhabi.

The aim is “to monitor maritime activity and guarantee freedom of navigation in the Persian Gulf and the Strait of Hormuz.”

It was started by France in February 2020.

This will be in the overall realm of improving linkages of the Navy’s Information Fusion Centre for Indian Ocean Region (IFC-IOR) in Gurugram with other IFCs and become the repository for all maritime data in the IOR.

Founded in 1982, the IOC is an intergovernmental organisation comprising five small-island states in the Western Indian Ocean: the Comoros, Madagascar, Mauritius, Réunion (a French department), and Seychelles.

It was institutionalized in 1984 by the Victoria Agreement in Seychelles.

Following a request from New Delhi, the IOC granted observer status to India on March 6 at the Commission’s 34th Council of Ministers.

In 2012, the IOC was one of the four regional organisations to launch the MASE Programme — the European Union-funded programme to promote Maritime Security in Eastern and Southern Africa and Indian Ocean.

The Commission has a Secretariat which is located in Mauritius.

About the Information Fusion Centre for Indian Ocean Region (IFC-IOR):

The Navy set up the IFC-IOR in December 2018 within the premises of the Information Management and Analysis Centre (IMAC) in Gurugram to track maritime movements in the region.

France became the first country to deploy a Liaison Officer at the IFC-IOR followed by the U.S. and several other countries including Australia, Japan and the United Kingdom have announced their intention to post LOs. They called the draft Bill a violation of “the spirit of co-operative federalism” and accused the Centre of failure to consult the States on the Bill since electricity is on the Concurrent List.

Contentious clauses in the Bill:

The Bill seeks to end subsidies. All consumers, including farmers, will have to pay the tariff, and the subsidy will be sent to them through direct benefit transfer.

The draft also “divests” the States of their power to fix tariff and hands over the task to a Central government-appointed authority.

Another provision makes it compulsory for the State power companies to buy a minimum percentage of renewable energy fixed by the Centre.

The Electricity Act, 2003 has governed the laws regarding the generation, distribution, transmission, trading and use of electricity so far.

But, experts around the country have opined that some of the provisions of the Act have become dated and archaic, needing an update.

In order to address some recurring issues, and to promote further commercial incentive for private players to enter the market, the Electricity (Amendment) Bill, 2020 was introduced in April this year.

Renewable Energy: It delegates the Central Government with the power to prepare and notify a National Renewable Energy Policy “for promotion of generation of electricity from renewable sources”, in consultation with State Governments.

Payment Security: It proposes a mechanism wherein “no electricity shall be scheduled or despatched under such contract unless adequate security of payment as agreed upon by the parties to the contract, has been provided”.

Constitution of selection committee to recommend members for commissions/ authorities: There is a slew of provisions for the constitution of a Selection Committee for making recommendations of members to the Appellate Tribunal and the Chairperson and Members of Central Commission, Electricity Contract Enforcement Authority, State Commissions and Joint Commissions.

Grant of Subsidy mandated: The benefit of subsidy to be granted directly to the consumer and the licensee shall charge the consumers as per the tariff determined by the Appropriate Commission. The determination of tariffs shall be fixed by the commission without accounting for subsidies. Further, basis the tariff policies, surcharges and cross subsidies shall be progressively reduced.

Enhancement of the powers of the Appellate Tribunal of Electricity: APTEL is proposed to have the powers of a High Court to deal with wilful disobedience of persons and entities under the Contempt of Courts Act, 1971. Additionally, any person can appeal the decisions of the Authority which is introduced by this Amendment in front of the APTEL. The numbers of members at the APTEL have also been proposed to be increased by the Amendment.

Applicable to the whole of India: It is needless to mention, that in addition to the above mentioned broad themes that the Amendment seeks to cover, the Act shall now be applicable to the territory which was erstwhile exempted from the State of Jammu and Kashmir.

It was recently spotted at Pullad, near Kozhencherry.

Features: It is a green frog with slender body, webbed feet, unusual body positions, very well camouflaged and gliding in the air.

It is endemic to the rain forests of Western Ghats.

Males are smaller than females. In Himachal Pradesh, there are state-of-the-art monkey sterilisation and rehabilitation centres to address the monkey menace. Juneteenth is the portmanteau of June and nineteenth and while it is not a federal holiday, it is recognised as a state holiday in over 45 US states.

The day is the oldest nationally celebrated commemoration of the ending of slavery in the US and is observed on June 19.

It is also known as Emancipation Day or Juneteenth Independence Day.

On June 19, 1865, Major General Gordon Granger arrived in Galveston, Texas and announced the end of both the Civil War and slavery. Since then, Juneteenth has become a largely symbolic date representing freedom for African Americans.

It was launched recently to serve manufacturers, suppliers and customers to effectively deal with the Covid-19 pandemic.

Railway Protection Force, Pune, under the Central Railways, has launched a Robotic ‘CAPTAIN ARJUN’ to intensify the screening and surveillance.

The robot will screen passengers while they board trains and keep a watch on anti-social elements.

It is equipped with a motion sensor, one PTZ camera and one Dome Camera. The Cameras use Artificial Intelligence algorithms to track suspicious and antisocial activity. To review guidelines of ownership of private sector banks.

Observed every year on June 13 to highlight the rights of those born with albinism and increase awareness of the genetic condition.

Theme this year: ‘Made To Shine’.

Albinism — a rare disease, according to the National Institutes of Health — is characterised by a lack of melanin pigment in skin, hair and eyes. Those with albinism are vulnerable to sun exposure, something that increases chances of skin cancer and severe visual impairment.

Albinism is also widespread among animals as well and is caused by the absence of melanin in their bodies.