2. What explains the India-China border flare-up?

3. Why are India and Nepal fighting over Kalapani?

4. US discussed conducting its first nuclear test in decades.

For Prelims: Overview of new rules, comparison with old rules.

Context: The MHA amended a 2010 legislation, the Jammu and Kashmir Civil Services (Decentralisation and Recruitment Act), by substituting the term “permanent residents” with “domiciles of UT [Union Territory] of J&K.”

It has redefined domicile through Jammu and Kashmir Reorganization (Adaption of state laws) order, 2020 issued under section 96 of Jammu & Kashmir Reorganisation Act, 2019.

The 2010 Act pertained to employment in the Civil Services comprising “district, divisional and State” cadre posts. Earlier, only permanent residents of J&K were eligible to apply for gazetted and non-gazetted posts.

The domicile rules as defined under the amended order will determine recruitment to all government posts in J&K from now on.

The power to issue domicile certificates has been vested in the tehsildar (revenue officer).

What are the rules for grant of domicile certificate?

Opponents say “the changes are aimed at changing the demography” of J&K. The amended domicile law was made in exercise of power under the J&K Reorganization Act 2019 that has been challenged in a number of petitions before the Supreme Court of India.

The MHA amended a 2010 legislation, the Jammu and Kashmir Civil Services (Decentralisation and Recruitment Act), by substituting the term “permanent residents” with “domiciles of UT [Union Territory] of J&K.” Discuss the significance and implications of this move.

What explains the India-China border flare-up?

For Prelims: Disputed boundary areas between India and China, basis for these disputes.

For Mains: Reasons for increased tensions, ways to address them.

Context: The India-China border has been witnessing tensions over the past month, with incidents reported in at least four different locations along the Line of Actual Control (LAC).

These include: the Pangong lake in Ladakh, the Galway valley and Demchok.

Differing perceptions are particularly acute in around two dozen spots across the Western (Ladakh), Middle (Himachal Pradesh and Uttarakhand), Sikkim, and Eastern (Arunachal Pradesh) sectors of the India-China border.

The 22nd round of talks between the Special Representatives, National Security Adviser Ajit Doval and China’s State Councillor Wang Yi, was held in Delhi in December 2019. Both “agreed that an early settlement of the boundary question serves the fundamental interests of both countries” and “resolved to intensify their efforts to achieve a fair, reasonable and mutually acceptable solution”.

In 2005, an agreement on political parameters and guiding principles completed the first of three stages of the talks. The agreement said both sides “shall safeguard due interests of their settled populations in border areas”.

The current, and most difficult stage involves agreeing a framework to resolve the dispute in all sectors. The final step will involve delineating and demarcating the boundary in maps and on the ground. Face-off and stand-off situations occur along the LAC in areas where India and China have overlapping claim lines. Discuss.

Why are India and Nepal fighting over Kalapani?

For Prelims: Kalapani Dispute- genesis, changes after 1947 and geographical location.

For Mains: How should it be resolved?

Context: On May 8, India inaugurated the Darchula-Lipulekh pass link road, cutting across the disputed Kalapani area which is used by Indian pilgrims to Kailash Mansarovar. Nepal hit back by summoning the Indian Ambassador to Nepal, Vinay Mohan Kwatra, to convey a formal protest.

The area is the largest territorial dispute between Nepal and India consisting of at least 37,000 hectares of land in the High Himalayas.

Here lies the historic origin of the dispute.

Where have Nepal and India erred?

India and China were in clear violation of Nepal’s concerns during the 2015 Lipulekh agreement between India and China which renewed India’s Mansarovar pilgrimage connection.

Neither side consulted Nepal or sought its opinion before that agreement that boosted pilgrimage and trade to Tibet.

Nepal has published a revised official map incorporating the territory from the Limpiyadhura source of the Kali to Kalapani and Lipulekh pass in the northeast of the triangular region as its territory. On May 22, the Cabinet led by Prime Minister K.P. Sharma Oli registered a constitution amendment motion to grant constitutional status to the map. US discussed conducting its first nuclear test in decades

For Mains: Implications of Restarting of nuclear tests, what needs to be done?

Context: The Trump administration discussed last week whether to conduct its first nuclear test explosion since 1992.

In mid-April, a report issued by the United States State Department on “Adherence to and Compliance with Arms Control, Nonproliferation, and Disarmament Agreements and Commitments (Compliance Report)” raised concerns that China might be conducting nuclear tests with low yields at its Lop Nur test site, in violation of its Comprehensive Nuclear-Test-Ban Treaty (CTBT) undertakings.

The U.S. report also claims that Russia has conducted nuclear weapons experiments that produced a nuclear yield and were inconsistent with ‘zero yield’ understanding underlying the CTBT, though it was uncertain about how many such experiments had been conducted.

The Comprehensive Nuclear-Test-Ban Treaty (CTBT) is the Treaty banning all nuclear explosions – everywhere, by everyone. The Treaty was negotiated at the Conference on Disarmament in Geneva and adopted by the United Nations General Assembly. It opened for signature on 24 September 1996.

India, North Korea and Pakistan have not yet signed the Treaty.

Why is the CTBT so important?

Both China and Russia have dismissed the U.S.’s allegations, pointing to the Trump administration’s backtracking from other negotiated agreements such as the Iran nuclear deal or the U.S.-Russia Intermediate-Range Nuclear Forces (INF) Treaty.

Tensions with China are already high with trade and technology disputes, militarisation in the South China Sea and most recently, with the novel coronavirus pandemic. The U.S. could also be preparing the ground for resuming testing at Nevada.

The Cold War rivalry was already visible when the nuclear arms race began in the 1950s. New rivalries have already emerged. Resumption of nuclear testing may signal the demise of the ill-fated CTBT, marking the beginnings of a new nuclear arms race.

For Prelims: Key features of BRI.

Context: China has hinted at a shift in how it will pursue its signature Belt and Road Initiative (BRI) amid growing concerns about debt repayments from many partner countries because of the coronavirus (COVID-19) pandemic.

In its recent report, China said it would focus on “achieving shared growth through consultation and collaboration” and would “work with BRI partners for mutually beneficial outcomes”.

In recent weeks, China has faced calls from countries in Asia and Africa to delay or waive debt repayments. Cicadas are insects that spend most of their lives underground and emerge from the soil mainly to mate. Once out of the ground, their life span is fairly short, somewhere between two-four weeks.

What happens when cicadas emerge?

The egg-laying by the cicadas causes significant damage to small twigs. They damage many ornamental and hardwood trees, especially newly planted fruit and ornamental trees such as apple, dogwood, peach, cherry and pear among others, which are the most seriously damaged.

Formerly known as the Millennium Dam, it is under construction in the Benishangul-Gumuz region of Ethiopia, on the Blue Nile River, which is located about 40km east of Sudan.

After completion, it’ll be Africa’s largest.

Egypt has objected to the construction of this dam and in Sudan has found itself caught in the midst of this conflict. Due to the importance of the Nile as a necessary water source in the region, observers are concerned that this dispute may evolve into a full-fledged conflict between the two nations. The US has stepped in to mediate.

Three new plant species reported in the evergreen forest patches of the southern end of the Western Ghats in Kerala and Tamil Nadu. They are:

Eugenia sphaerocarpa: Belongs to the Myrtaceae or Rose apple family. Found mainly in Kakkayam area of the Malabar wildlife sanctuary in Kerala above 800m. The fruits of Eugenia species are known for their palatability. Goniothalamus sericeus: Belongs to the Annonaceae family of custard apple. Found in the Kanyakumari wildlife sanctuary in Tamil Nadu at an altitude of 1400m. Sericeus refers to the presence of dense silky hair on petals. 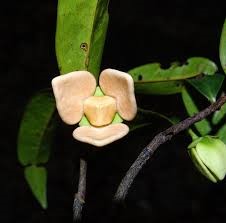 Memecylon nervosum: Belongs to the Melastomataceae (Kayamboo or Kaasavu in local parlance) family. Nervosum refers to the presence of prominently raised lateral and intramarginal veins on the lower surface of the lamina. It uses a recombinant adenovirus type-5 vector that carries the genetic material that codes for spike glycoprotein of novel coronavirus.

The adenovirus is a weakened common cold virus.

Phase-1 trial of this vaccine was found to be safe, well-tolerated and able to generate immune responses against the virus.

The phase-2 trial will be a randomised, double-blinded and placebo-controlled trial.

Aiming to further bolster the sports activities, by attracting investment, sports have been accorded industry status in Mizoram, first state in India to do so.

”Shahi Lichi” from Muzaffarpur and “Zardalu Mango” from Bhagalpur:

Shahi Litchi: Grown mainly in Muzaffarpur. It has high pulp and is juicier compared to the litchi grown in other parts of the country. The conditions here are ideal for litchi cultivation, because of humid conditions and alluvial soil. Shahi Litchi has got a Geographical Indication (GI) tag.

Zardalu/Jardalu Mango: It is light yellow in colour and is known for its sweet fragrance. They are chiefly grown in Bhagalpur in Bihar. They also have the GI tags.

Katkari is one of the 75 Particularly Vulnerable Tribal Groups.

Katkaris were historically forest dwellers. They are located primarily in Raigad and in parts of Palghar, Ratnagiri and Thane districts as well and in some places of Gujarat.

The British administration had classified them under the Criminal Tribes Act, 1871.

The name Katkari is derived from a forest-based activity – the making and barter or sale of Katechu (kath) from the khair tree (Acacia Katechu). It is produced by boiling wood from the Khair tree and evaporating the resulting brew.