2. What is a multi-system inflammatory state?

3. Study on China dams brings the Brahmaputra into focus.

2. What are Estrogen and progesterone?

For Prelims and Mains: Key reasons for displacement, trends and measures needed.

Discuss about the key findings of the recently released Global Report on Internal Displacement (GRID 2020).

For Prelims: What are Minority institutions, special rights guaranteed under Constitution and related facts.

For Mains: Significance and implications of the latest judgment.

NEET took away the right of the religious and linguistic minority institutions to administer their business, including the right to admit students from the minority community in terms of their own standards.

Article 30(1) recognizes linguistic and religious minorities but not those based on race, ethnicity.

Write a note on constitutional rights conferred upon minority educational institutions in India.

What is a multi-system inflammatory state?

For Prelims and Mains: Meaning, how it affects, symptoms and ways to prevent it.

Context: Doctors have picked up a slight rise in the number of children of all ages needing intensive care treatment for a condition called “multi-system inflammatory state”.

The rise has happened over the past three weeks in London and elsewhere in the UK.

What is a multi-system inflammatory state?

It’s a severe immune response that can affect the body in multiple ways, most importantly by making the blood vessels leaky, a condition called Kawasaki disease.

This leads to low blood pressure and a build-up of fluid in the lungs and organs.

It is extremely serious. Patients need urgent intensive care to support the heart, lungs and sometimes other organs such as the kidneys.

Are there other symptoms?

Other symptoms include abdominal pain, gastrointestinal problems and heart inflammation.

There is no evidence that the condition is caused by any change in the virus, as that would have shown up in adults first.

But it may be a post-infection inflammatory response triggered by the coronavirus. This has been seen in adults, who tend to be more ill in the second phase of the infection, when the initial lung disease gives way to inflammatory damage.

Is this disease related to Covid-19?

Only some of the children with these symptoms tested positive for Covid-19. Therefore, it remains unclear if and how the inflammatory syndrome is related to the virus.

Toxic shock syndrome (TSS) is a rare life-threatening condition caused when certain bacteria enter the body and release harmful toxins. If not treated in time, the condition could be fatal. Symptoms include high temperature, flu-like symptoms including headache, sore throat, cough, diarrhea, dizziness or fainting, difficulty breathing and confusion. Some patients suffering from TSS may need ICU admissions.

What is Kawasaki disease?

Kawasaki disease is an acute inflammatory disease of the blood vessels and usually occurs in children below the age of five.

Study on China dams brings the Brahmaputra into focus

For Prelims: Key findings of the report, important dams in Mekong and Brahmaputra river, overview of these river basins.

For Mains: Impact of dams on people and ecology, ways to address them.

Context: China’s upstream activities along the Mekong River have long been contentious — but a recent study has sparked fresh scrutiny over its dam-building exercises, reigniting warnings that millions of livelihoods could be destroyed.

The US funded study was carried out by research and consulting firm, Eyes on Earth.

The report was published by the UN-backed Sustainable Infrastructure Partnership, and the Lower Mekong Initiative — a multinational partnership of the U.S. with Cambodia, Laos, Myanmar, Thailand and Vietnam. Should India be worried?

India has long expressed concerns over dam-building on the Brahmaptura. In 2015, China operationalised its first hydropower project at Zangmu, while three other dams at Dagu, Jiexu and Jiacha are being developed. Indian officials have said the dams are not likely to impact the quantity of the Brahmaputra’s flows because they are only storing water for power generation. Moreover, the Brahmaputra is not entirely dependent on upstream flows and an estimated 35% of its basin is in India.  But, India does not have a water-sharing agreement with China.

Starting from China — where it is called the Lancang River — it flows past countries like Cambodia, Laos, Thailand and Myanmar, before emptying into the South China Sea via Vietnam.

It is the lifeblood of these Southeast Asian countries and supports the livelihood of nearly 200 million people there who depend largely on farming and fishing.

Discuss how China’s upstream activities along the Mekong River have impacts on countries downstream and the ecology surrounding.

For prelims: special 301 report, what is priority watch list?

For mains: why is India placed under this list, concerns, implications and what needs to be done?

What is Special 301 Report?

Observations made about India in the latest report:

What are the unresolved issues as per the report?

Demands by the USTR:

It has urged India to join the Singapore Treaty on the Law of Trademarks, a treaty that harmonises trademark registration.

What about other countries?

Discuss the impact of observations made by the USTR Special 301 report on India.

For Mains: Relevance and significance of the group for India.

Context: The Asia-Pacific Economic Cooperation (APEC) region is expected to post a 2.7 per cent economic decline in 2020 due to the impact of Covid-19.

This will be the most significant fall since the near-zero growth rate logged in 2009 during the global financial crisis.
The region’s unemployment rate is projected to rise to 5.4 per cent in 2020 from 3.8 per cent in 2019, or an additional 23.5 million workers being unemployed in 2020. An economic rebound is a forecast for 2021, with the anticipated growth of 6.3 per cent, higher than the projected global economic growth of 5.8 per cent.

This rebound, however, depends on the effectiveness of containment mechanisms to avoid a second wave of the Covid-19 pandemic as well as measures to stimulate the economy.

The Asia-Pacific Economic Cooperation (APEC) is a regional economic forum established in 1989 to leverage the growing interdependence of the Asia-Pacific.

For Prelims and Mains: Permanent mission and representatives- roles, functions and significance.

Context: India has appointed diplomat T S Tirumurti, currently serving as Secretary in the Ministry of External Affairs, as its Permanent Representative to the United Nations.

What are Permanent Missions to the United Nations?

According to Article 1 (7) of the Vienna Convention on the Representation of States in their Relations with International Organizations of a Universal Character, a “Permanent Mission” is a: “ mission of permanent character, representing the State, sent by a State member of an international organization to the Organization”.

The Permanent Mission is the diplomatic mission that every member state deputes to the United Nations.

It is headed by a Permanent Representative, who is also referred to as the “UN ambassador”.

The Indian Permanent Mission at the UN:

The first Indian delegates at the United Nations included statesman Arcot Ramasamy Mudaliar, and freedom fighters Hansa Mehta, Vijayalakshmi Pandit, and Lakshmi Menon. Mehta and Pandit were among the 15 women members of the Indian Constituent Assembly.

India and the UN:

For Prelims: About the disease, treatments, Berberine and Ber- D.

For Mains: Significance of the discovery.

Berberine is a natural and cheap product similar to curcumin, available commercially

It is poorly soluble and toxic to cells.

Scientists from Jawaharlal Nehru Centre For Advanced Scientific Research (JNCASR) have modified the structure of Berberine into Ber-D to use as a Alzheimer’s inhibitor.

Ber-D is a soluble (aqueous), antioxidant. It is a multifunctional inhibitor of multifaceted amyloid toxicity of Alzheimer’s disease.

The structural attributes of Ber-D are such that they prevent the generation of reactive oxygen species (ROS) and rescue biomacromolecules from oxidative damage.

Alzheimer’s disease is the most prevalent neurodegenerative disorder and accounts for more than 70% of all dementia. The multifactorial nature of the disease attributed to multifaceted toxicity has made it difficult for researchers to develop effective medication.

It is a progressive brain disorder that typically affects people older than 65. When it affects younger individuals, it is considered early onset.

The disease destroys brain cells and nerves, and disrupts the message-carrying neurotransmitters.

Eventually, a person with Alzheimer’s loses the ability to perform day-to-day activities.

There is a degree of consensus in the scientific community that Alzheimer’s involves two proteins, called beta amyloids and tau. When levels of either protein reach abnormal levels in the brain, it leads to the formation of plaque, which gets deposited between neurons, damaging and disrupting nerve cells.

Most existing drugs for Alzheimer’s try to target these proteins to manage some of the symptoms of Alzheimer’s. 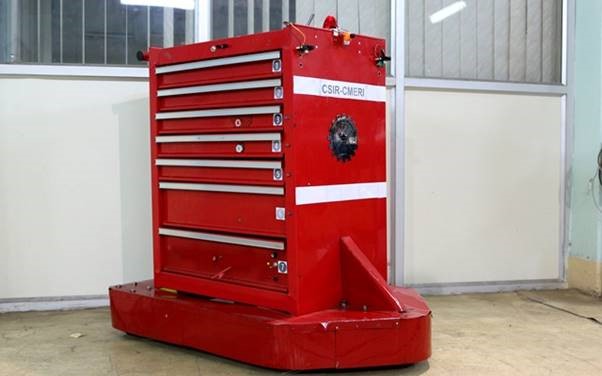 What are Estrogen and progesterone?

Estrogen and progesterone are the two main sex hormones that characterise a woman.

The male body too has estrogen and produces progesterone, both in smaller amounts.