For Prelims and Mains: Hera mission- objectives and significance, about Didymos, about DART.

Context: The European Space Agency (ESA) has approved the budget of Hera, the European component of the mission to slam a spacecraft into an asteroid.

Hera is the European contribution to an international double-spacecraft collaboration.

Hera is named after the Greek goddess of marriage.

How is it planned?

Due to launch in 2024, Hera would travel to a binary asteroid system – the Didymos pair of near-Earth asteroids.

NASA will first perform a kinetic impact on the smaller of the two bodies, then Hera will follow-up with a detailed post-impact survey that will turn this grand-scale experiment into a well-understood and repeatable planetary defence technique. 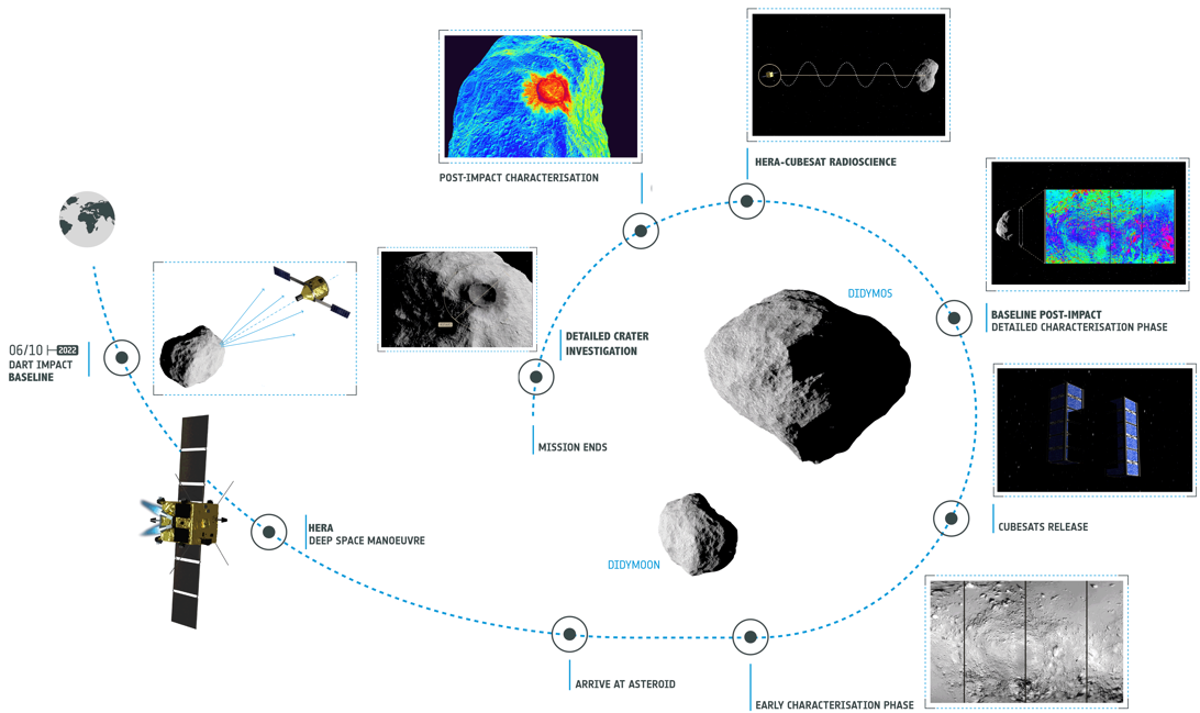 What is DART mission?

DART and Hera were conceived together as part of the international ‘Asteroid Impact Deflection Assessment’ experiment. The two missions are valuable individually, but if flown in concert their overall scientific and technological return is significantly boosted. They will contribute to the important and positive message that international cooperation is key for the achievement of a planetary defence initiative.

Why we need a planetary defence mechanism?

There are around 25,000 near-Earth objects (NEOs) that orbit the Sun on a trajectory that brings them close to our planet’s orbit. Certain near-Earth objects have been classified as “potentially hazardous” which are 140 metres or more in size and come within 0.05 AU (astronomical unit) to Earth.

As of now, there are about 900 near-Earth objects measuring more than 1 km. An impact from one of these NEOs can bring devastating effects to Earth.

That is why scientists are working on a number of planetary protection initiatives to deflect asteroids if they threaten to impact the Earth.