For Prelims and mains: About Yogananda, his teachings and Kriya Yoga.

What is Kriya Yoga?

The “science” of Kriya Yoga is the foundation of Yogananda’s teachings.

Kriya Yoga is “union (yoga) with the Infinite through a certain action or rite (kriya). 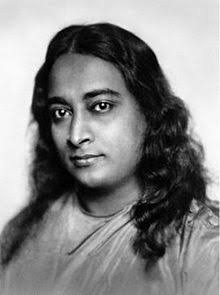 For Prelims: Overview of the charter, basic structure of the constitution.

For Mains: Concerns and challenges, need for reforms.

Context: Expressing concern over the functioning of parliamentary institutions in the country and erosion of public trust in them, Vice President Venkaiah Naidu has unveiled a 15-point reform charter.

This may serve as the basis for a new political normal to enable effective functioning of the Parliament and State Legislatures.

The present pitfalls of our parliamentary democracy are too well known to be elaborated. Briefly, these include:

As an institution, Parliament is central to the very idea of democracy and was assigned a pivotal role in our Constitution by the founding fathers of the republic.

Yet, so many decades later, it has neither evolved nor matured as it could, might or should have. If anything, slowly but surely, it has diminished in stature and significance.

Indeed, it is now more a symbol than the substance of a vibrant democracy that has taken deep roots among our people. The time has come for citizens, whom it represents, to evaluate that performance.

Mains Question:  In the recent past the parliament has been aggressively pushing bills on many fronts for a better India, however they suffer from the common malady that they are likely to be extremely under-enforced because of weak state capacity. Should Parliament pass laws that the government cannot enforce? Analyse.

For Prelims: What is CSR? Who governs them?

For Mains: Need for and significance, a critical evaluation on the need for CSR.

The NCSRA has been instituted by the Ministry of Corporate Affairs to recognize outstanding contribution in the field of Corporate Social Responsibility (CSR).

What is Corporate Social Responsibility (CSR)?

It is the integration of socially beneficial programs and practices into a corporation’s business model and culture.

India is one of the first countries in the world to make CSR mandatory for companies following an amendment to the Companies Act, 2013 (Companies Act) in 2014.

Under the Companies Act, businesses can invest their profits in areas such as promoting rural development in terms of healthcare, sanitation, education including skill development, environmental sustainability, etc.

Section 135(1) of the Act prescribes thresholds to identify companies which are required to constitute a CSR Committee – those, in the immediately preceding financial year of which:

As per the Companies (Amendment) Act, 2019, CSR is applicable to companies before completion of 3 financial years.

Amount to be spent:

Provision for penalty in the form of fine on the company and officers in default, between Rs 50,000 – Rs 25,00,000, has been inserted in case of failure in compliance with Section 135. Additionally, every officer in default may also be imprisoned for a term of up to 3 years.

Social responsibility has a strategic importance for two reasons:

For mains: Need for, significance of NDHB, challenges in health sector and ways to address them.

For Prelims and mains: Dirac and semi- Dirac metals- features, applications and the recent breakthrough.

Context: Researchers from IIT Bombay have discovered special properties in a class of materials called “semi-Dirac metals”- such materials would be transparent to light of a given frequency and polarisation when it is incident along a particular direction. The material would be opaque to the same light when it falls on it from a different direction.

What are Dirac metals?

Dirac metals differ from normal metals in that the energy depends linearly on the momentum. This difference is responsible for their unique properties.

What is Unique about semi- Dirac metal?

Examples of semi-Dirac metals are systems such as TiO2/V2O3 nanostructures. There are many known applications for transparent conducting films – the common example being touch screens used in mobiles.

Significance of the recent breakthrough:

The energy-momentum dispersion relation can be linear, leading to large velocities and vanishingly small effective masses. The velocities can be over a 100 times more than normal metals, thus increasing the mobility and currents that can be carried across devices made of these so-called Dirac materials.

For Prelims and mains: Meaning, features, significance and concerns.

Context: According to a research, By 2025, companies will generate and process more than 75% of their data outside of traditional centralised data centres — that is, at the “edge” of the cloud.

As the use of Internet of Things (IoT) devices expands and the need to process IoT data quickly increases, many IT leaders are considering or beginning to employ edge computing options.

What is edge computing?

Edge computing enables data to be analysed, processed, and transferred at the edge of a network. Meaning , the data is analysed locally, closer to where it is stored, in real-time without latency, rather than send it far away to a centralised data centre.

It allows for quicker data processing and content delivery.

How is edge computing different from cloud computing?

The basic difference between edge computing and cloud computing lies in where the data processing takes place.

Internet of Things (IoT) systems perform all of their computations in the cloud using data centres.

In Edge computing, massive amounts of data generated by IoT devices are stored and processed locally. That data doesn’t need to be sent over a network as soon as it processed; only important data is sent — therefore, an edge computing network reduces the amount of data that travels over the network.

Edge computing may offer some protection against a catastrophic attack where a single incident can compromise large amounts of a company’s data.

In some ways, it’s more resilient, because instead of one or two or even three data centers, you have distributed data and compute on the edge, which makes it much more resilient to malicious and nonmalicious events. Experts believe the true potential of edge computing will become apparent when 5G networks go mainstream in a year from now. Users will be able to enjoy consistent connectivity without even realising it.

SEED was originally conceived as an acronym for Supporting Entrepreneurs for Environment and Development.