Insights into Editorial: China’s growing clout at the UN 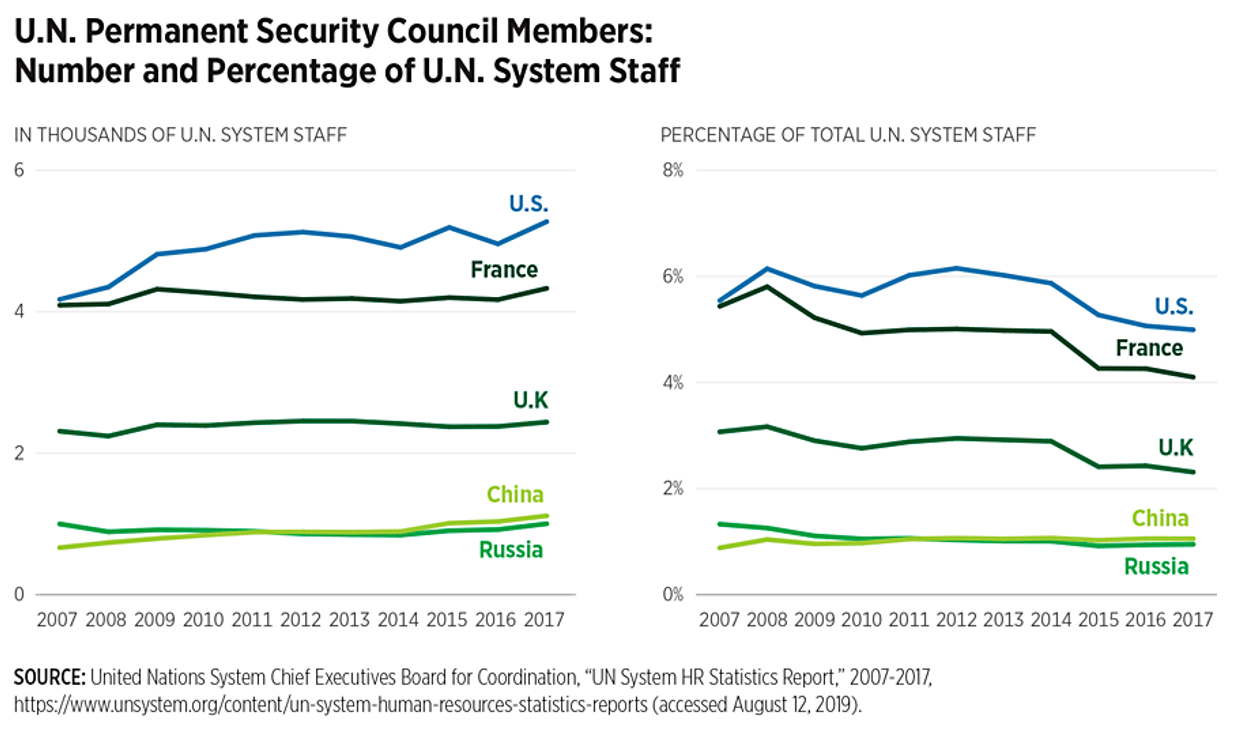 In recent, the Indian government quietly withdrew the candidate it had nominated for the post of Director-General of the Food and Agriculture Organization.

In June 2019, China’s Vice Minister of Agriculture Qu Dongyu was elected Director-General of the Food and Agriculture Organization of the United Nations.

This means that four of the 15 specialized agencies of the U.N. are now headed by a Chinese national.

This election continues a trend of rising Chinese influence, which critics have attributed to U.S. retreat under the current Administration.

Filling the vacuum in International Leadership:

Whether through specialised UN agencies or peacekeeping, China is racing to fill the vacuum in international leadership left by the withdrawal of the U.S. from multilateral fora under President Donald Trump, and taking advantage of the lack of convergence among the permanent members of the Security Council on many global issues.

Unlike India whose UN outreach is largely limited to a customary reiteration of its decades-old advocacy for the expansion of the Security Council, China is aggressively seeking more positions in the UN Secretariat hierarchy.

It also aims to play a bigger role in peacekeeping operations.

Influencing to change the Ideology of the United Nations:

For much of the Cold War era and beyond, China’s role at the UN was largely that of a disruptor aimed at thwarting attempts by Western democracies to impose a liberal vision on the world.

But today Beijing is trying to reverse that role and is actively seeking to use the UN platform to legitimise and spread its ideology.

China has increased its monetary contributions to the UN fivefold in the past decade.

President Xi is keen to project his country as a “champion of multilateralism,” even as Mr. Trump is busy disbanding multilateral agreements and engaging in trade wars.

Last year, as tensions with the U.S. were rising over trade disputes, Mr. Xi called for the country to take “an active part in leading the reform of the global governance system”.

With increased financial contributions and concomitant clout, China has been able to get Communist Party officials to head more than a quarter of UN’s specialised agencies including the FAO, the Industrial Development Organization, the International Civil Aviation Administration and the International Telecommunication Union.

With its increasing influence at the UN, China is eager to push its ideological stance through the global body.

It argues that each country may choose its own human rights protection in the context of “national circumstances”.

Ironically, through the body tasked with bringing human rights violators to account the Human Rights Council, which the U.S. abandoned China is diluting the concept of universal values and promoting its world view on the subject.

The head of the International Seabed Authority (ISA) said China is likely to become the first country in the world to start mining seabed minerals if the international rules for exploitation are approved next year.

The quest for exploiting seabed minerals, such as polymetallic nodules containing nickel, copper, cobalt and manganese is driven by demand for smart phones and electric car batteries, and the need to diversify supply.

The body, which was established to manage the seabed resources by the United Nations Convention on the Law of the Sea (UNCLOS), is aiming to adopt seabed mineral exploitation rules by July 2020.

Infrastructure projects with vast economic power around the world:

China is undertaking vast economic projects around the world, including the controversial acquisition of major infrastructure from Sri Lanka to Greece, and major inroads into African markets.

Nonetheless, increasing Chinese influence is a legitimate concern that the U.S. and other countries should address through a broad, comprehensive, and long-term strategy based on a detailed assessment of Chinese interests and tactics, promoting all level playing countries and like-minded leadership in key international organizations, promoting employment in international organizations, and applying pressure purposefully and judiciously.

With no one to stand up to China in the absence of U.S. leadership at the UN, Beijing is actively promoting its foreign policy initiatives, especially the Belt and Road Initiative, through the global body.

According to Chinese version, BRI serves “the purposes and principles of the Charter of the United Nations”.

For some time now, there is speculation of a coordinated Sino-Russian front at the UN.

The two countries seem to frequently align their positions, especially when human rights issues come up.

The prevailing lack of strategic unity among the Western members of the Security Council is ripe for the duo to advance their interests, and China seems keen to take advantage of the opportunities this disarray presents to enhance its hold on the UN.