Insights into Editorial: Scientists announce Li-ion battery that ‘won’t catch fire’ — how will it work 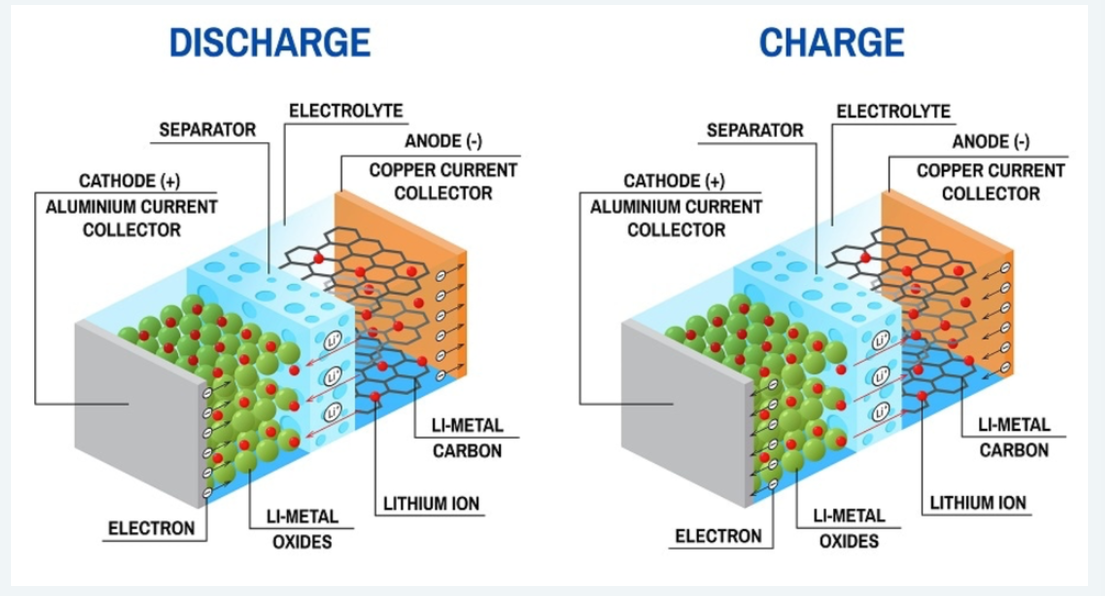 Electric car production is expected to increase more than thirtyfold by 2030, according to Bloomberg New Energy Finance.

With electric cars, there is a need of storing power through batteries.

And these batteries emerging as the energy storage vehicle of choice for portable electronics, electric vehicles, and grid storage, these safety advancements mark a significant step forward in transforming the way Li-ion batteries are manufactured and used in electronic devices.

Lithium-ion batteries are vulnerable to fire and explosion, which often happens without warning. This is because they are built with flammable and combustible materials.

Now, the Johns Hopkins Applied Physics Laboratory has developed a Lithium-ion battery that will not catch fire, Johns Hopkins University has announced.

Li-ion batteries are already a constant presence in our daily lives, from our phones to our cars, and continuing to improve their safety is paramount to further advancing energy storage technology.

Li-ion battery form factors have not changed much since their commercialization in the early 1990s; we still use the same cylindrical or prismatic cell types.

The liquid electrolyte and required hermetic packaging have a lot to do with that.

Lithium-ion is a low maintenance battery, an advantage that most other chemistries cannot claim. There is no memory and no scheduled cycling is required to prolong the battery’s life.

In addition, the self-discharge is less than half compared to nickel-cadmium, making lithium-ion well suited for modern fuel gauge applications. lithium-ion cells cause little harm when disposed.

Li-ion batteries are available in all shapes and sizes. And that renders them to be the perfect option for power needs irrespective of the size of the system.

Along with that, lithium-ion batteries offer power solutions across the spectrum- from energy storage solutions to portable energy solutions.

Some of the most common applications of lithium-ion batteries are:

As there are varied uses of a Lithium Ion Battery, it comes in different types of packaging.

However, there are some general advantages of using a Li-ion battery over other traditional batteries

High Energy Density: One of the biggest advantages of a lithium-ion battery is its high energy density.

To put it straight, lithium-ion batteries can last way longer between charges all the while maintaining a high current output. That makes it the perfect battery for most modern needs.

As we spend more and more time on our mobile phones, lithium-ion batteries can make sure that we are on the go always and spend minimal time attached to a charging cord.

Low Self Discharge: Not only whilst being used, but lithium-ion batteries have a clear advantage when not being used as well.

When kept idle, the rate of self-discharge, a common phenomenon in batteries, is extremely low. In fact, in most cases, it is as good as being negligent.

Low to Minimum Maintenance: Lithium-ion batteries are popular for their low maintenance batteries too. Most other cells like Nickel Cadmium batteries have a huge cost of ownership and maintenance.

Options: One of the biggest advantages of lithium ion batteries is the fact that they come in all shapes and sizes- presenting users with a large number of options to choose from according to their needs.

A team of researchers has realized another landmark achievement with their breakthrough lithium-ion battery technology.

The flexible Li-ion battery that can operate under extreme conditions including cutting, submersion and simulated ballistic impact can now also add incombustible to its resume.

Relying on flammable and combustible materials, current Li-ion batteries (LIBs) are susceptible to catastrophic fire and explosion incidents — most of which arrive without any discernable warning.

Notably, Samsung Galaxy7 phones were banned from airlines because of this danger, and the Navy’s prohibition of e-cigarettes on ships and submarines is a direct response to the obvious need to reduce the flammability of the power source of choice for portable electronics, electric vehicles and more.

New class of “water-in-salt” (WiS) and “water-in-bisalt” (WiBS) electrolytes incorporated in a polymer matrix that reduces water activity and elevates the battery’s energy capabilities and life cycle while ridding it of the flammable, toxic and highly reactive solvents present in current Li-ion batteries.

Li-ion batteries have emerged as the energy storage vehicle of choice for portable electronics, electric vehicles, and grid storage.

These safety advancements mark a significant step forward in transforming the way Li-ion batteries are manufactured and used in electronic devices.

Many teams are continuously improving the safety and performance of flexible Li-ion batteries.

We have already achieved further discoveries building upon this most-recently reported work that are very excited about. We hope to transition this new research to prototyping within the year.