Insights into Editorial: Is the future of Indian democracy secure? 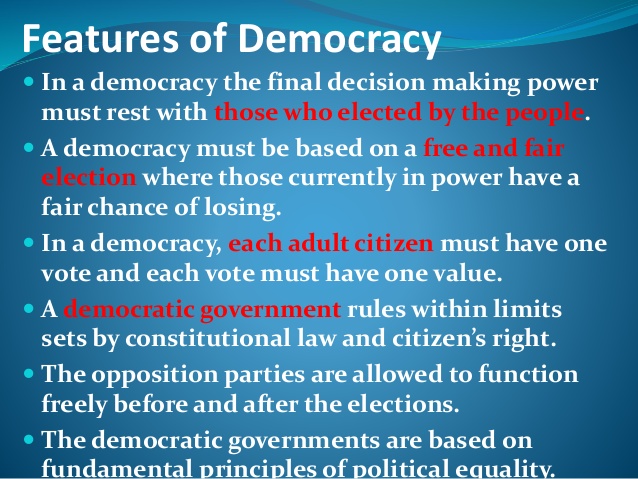 Over the past few months, in discussions and rhetoric surrounding the parliamentary elections, there had many instances struck by the disjuncture between the concerns expressed.

On the one hand, by the liberal elite who write in the English press and engage in debates on the more serious talk shows and, and on the other, the preoccupation of the majority of Indian voters who will decide the winner of the electoral contest.

This article merely seeks to highlight the disconnectedness between elite and mass concerns and bring out its implications for the future of Indian democracy.

In this article, author explained about two aspects of democracies which are substantial and procedural in nature.

Successful democracy is a holistic idea.

Both aspects are complementary and dependent. They reinforce one another and also interfere with one another.

Socio-economic inequality will interfere with the achievement of political equality.

It is precisely the successful implementation of the procedural aspects (particularly the principle of one man one vote) which has the potential to and led to the achievements in the substantive front, especially by breaking down (even though in a very limited way) rigid hierarchical caste structure and thereby achieving (partial) equality.

Their concerns as they relate to the electoral process are limited to three types of issues:

One factor that appears to cut across caste and linguistic divisions is the attraction for many voters to hyper-nationalism, sometimes bordering on jingoism.

Hyper-nationalism has always been the favourite strategy of populist leaders seeking to retain or to attain power.

A combination of the factors outlined above — lack of concern for institutions, preoccupation with livelihood issues, obsession with caste and community benefits, and the propagation of hyper-nationalism taken together facilitate populism, which, as history shows, can easily lead to authoritarianism.

The danger of this occurring is reinforced by the fact that there seems to be an innate desire among many Indians that a “strong leader” should rule the country and that institutions are redundant when it comes to people’s daily concerns.

Liberal intellectuals have been fixated on subjects such as the erosion of institutions, the rise of majoritarianism and the proliferation of populist and authoritarian tendencies, most voters are unconcerned about these issues.

It is true that India has been able to remain as a democratic country for the last seven decades proving many political analysts wrong.

At least, the first four decades of its democratic journey has been in a very inhospitable regional as well as global environment.

In spite of the country’s long commitment to democracy and repeated peaceful transition of power, Indian democracy is still vulnerable with a number of soft spots.

The framers of the Indian Constitution were inspired by principles of social equality and political justice to introduce adult suffrage immediately–a big step forward to protect our Indian Democracy.