For prelims: Key features of the project.

For mains: Significance of the project, Judicial reforms and concerns over rising pendency of cases.

Need more judges: Delhi needs 43 more Judges above the current strength of 143 to clear all pending cases in one year.

Increase in workload: With the lesser number of judges, the workload of an individual judge could increase.

Credibility issue: With persisting delays the system becomes less credible as litigants have to wait for the decades to get their cases resolved.

Increase in pendency: With an increase in the number of filings, the pendency of cases is bound to increase if no proper targeted steps are taken to overcome the issue.

Arrive at an optimal judge strength to handle the cases pending in the system. Increase the current strength of judges from 143 to an ideal 186 judges to clear all the pending cases in one year. For Prelims: What are PPIs and how are they regulated?

For Mains: Significance and role of PPIs, regulatory challenges faced by them.

As per RBI directions, PPI issuers were required to complete the KYC process by February 28, 2019. PPIs or mobile wallets were mandated by the banking regulator in October 2017 to capture all information required under the know-your-customer (KYC) guidelines by end February.

Prepaid payment instruments are those which facilitate purchase of goods and services against the value stored on such instruments. Value stored on them is paid by the holder using a medium (cash, debit card, credit card etc).

These are generally issued in the form of smart cards, mobile wallets, paper vouchers, internet accounts/wallets.

For prelims and mains: what does this mean, rationale behind, significance and implications.

Context: A national climate emergency has been declared by the UK Parliament. The UK is the first national government to declare such an emergency.

This proposal, which demonstrates the will of the Commons on the issue but does not legally compel the government to act, was approved without a vote.

What is a climate emergency?

There is no single definition of what that means but many local areas say they want to be carbon-neutral by 2030. It’s a much more ambitious target than the UK government’s, which is to reduce carbon emissions by 80% (compared to 1990 levels) by 2050.

Why declare an emergency?

The United Nations says we could have just 11 years left to limit a climate change catastrophe. It’s not just about reducing carbon emissions on a local scale, but also raising awareness about climate change and trying to convince MPs so that changes can be made.

The national government needs to declare an emergency and put resources in place to enable councils to help reduce carbon emissions. It’s the first step to radical action.

With the planet to experience further warming from the heat held by the oceans, there is increasing international focus on meeting the United Nation’s Paris Agreement which was signed by 197 countries in 2016. This ground-breaking agreement has the ambitious global aim of preventing global temperatures from reaching 2˚C above pre-industrial levels (the late nineteenth century) by 2100, and ideally should be no more than 1.5˚C.

A report by the Intergovernmental Panel on Climate Change (the IPCC) has suggested that meeting this target means annual global carbon emissions must effectively halve between now and 2030, and then fall to zero by 2050. This is a target the UK opposition party Labour are now calling for.

Context: The Indian Space Research Organization is planning to launch Aditya- L1 mission to study the sun early in 2020. 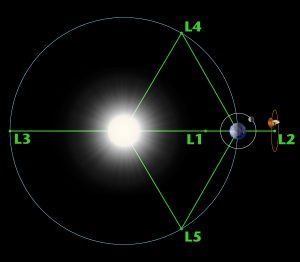 Why in News? Arsenic is toxic to almost all life forms, but now researchers at the University of Washington have discovered that some microbes in the Pacific Ocean not only tolerate the stuff, but actively breathe it. The discovery has implications for how life may adapt to a changing climate, as well as where we might find it on other planets.

Concerns: Incidence of high arsenic in groundwater reported from various parts of the country, particularly in the Ganga- plains is a serious threat to the health of human being.

Inorganic arsenic is a known human carcinogen — it is this form of arsenic that is linked with increased risks of cancer and other health effects.

Dissent in the Election Commission – what the rules say

What happens in case of dissent?

Has the EC always been a multi- member body?

However, on October 1, 1993, the government of Prime Minister PV Narasimha Rao promulgated an Ordinance to provide for the appointment of two more Election Commissioners.

In a tradition dating to the 18th century, the Chakri kings have held the formal title Rama, after an avatar of Hindu god Vishnu in the ancient Indian epic the Ramayana.

‘Gujarat Shops and Establishments (Regulation of Employment and Conditions of Service) Act, 2019’ came into force from May 1.

What is it? It is Indian Navy’s missile destroyer.

Why in news? It will be decommissioned.

Why in News? First reported in India last year, the Fall Armyworm (FAW) or Spodoptera frugiperda has become a major problem for farmers this year, with the pest hitting the production of the crop.

A native of the tropical and sub-tropical regions of the Americas, FAW was first detected in the African continent in 2016. Since then, it has spread to other countries such as China, Thailand, Malaysia and Sri Lanka.

In India: It was reported in India for the first time last year, when it affected crops in Karnataka. Within a span of only six months, almost 50 per cent of the country, including Mizoram, Maharashtra, Karnataka, Tamil Nadu, Andhra Pradesh, Chhattisgarh, Madhya Pradesh, Gujarat and West Bengal, has reported FAW infestations.

In its 45-day-long lifecycle, the female moth of this pest lays around 1,500-2,000 eggs on the top of leaves. In the roughly 30-day larval stage, the caterpillar goes through six stages of development or instars.

This is the most dangerous part of the lifecycle as the caterpillar feeds on leaves, whorls, stalks and flowers of crop plants. Once this stage is completed, the growing moth pupates in the soil — for 8-9 days in summer and 20-30 days in cold weather. The nocturnal egg-laying adults live for about 10 days, during which they migrate long distances.

Most entomologists have suggested the Integrated Pest Management system to control the pest. This would involve constant surveillance of the pest during its vegetative growth phase and taking measures like mechanically destroying the egg masses and using pheromone traps to catch the insects. Pheromone traps are devices which are used to attract male insects by luring them with female pheromones. Farmers should also be discouraged from taking up staggered sowing, as this would allow the pest to have multiple reservations for growth.