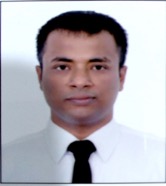 IT’S ALL ABOUT NOT GIVING UP ON YOUR DREAMS

Myself Raushan Kumar has secured AIR 114 in UPSC Civil Services Examination, 2018 and opted for IPS as my first preference.

A Brief timeline of events in my life

I was born in 1988 , completed my 10th (2003) and 12th (2006)  with 81.6% & 58.6% from CBSE Board (English Medium) respectively. Given my dismal performance in 12th Standard, I had literally decided to quit studies but persisted with support of parents. Since I had lost the self-confidence of clearing any competitive examination, with reference of my father’s colleague, approached more than 20 Engineering colleges for 3 months in Karnataka to get admission through management quota. With persistent efforts, I got admission  in Mechanical Engineering stream in 2006. With guidance and much needed motivation of my roommate Gambhir Goyal, I was able to gradually increase my marks from 61.6% in first semester to 79% by 7th Semester and completing my Engineering with Distinction (2006-2010). I got placed to and joined JSW Steel Ltd. Vijayanagar Works, Toranagallu, Bellary (Karnataka) on 25th October 2010. I have been working for JSW Steel since then and due to be relived on 20th April 2019 after resignation post declaration of final result.

My father being a government teacher and mother being an ANM in health department , I was always inclined to join government services, specifically Police services since the time I was able to make sense of the words like career, passion, aspiration or dreams. Post joining JSW Steel, I got involved with various ongoing projects and could afford little or no time to UPSC plan despite having it on back of my mind. The time just flew and I got married in 2013. Once aware of my UPSC aspirations, my wife started questioning me almost on daily basis about my efforts towards preparation. I was almost clear in my mind that given the level of competition I can’t be successful in this examination with highly demanding full time steel plant job. I tried to seek support of family for quitting this job and preparing full time, but being aware of uncertainty of this examination and leaving a good job despite various responsibilities was way too big risk for them. Feeling helpless and broke, I started preparation with a plan to first secure some other government jobs (Banking, SSC and others) and then preparing full time to minimize the risk and tried to do a lot of thing without any planning. As it was to happen, failed in this plan miserably and decided to focus on Civil Services only after initial confusion and never appeared for any other examination

Given that I would have lost 2014 attempt even if not appeared due to age limit, I appeared for Prelims without any practice and very haphazard (referring guide books with covering basics from NCERT )preparation and was bound to fail. 2014 Prelims Score: GS – 61 CSAT – 104. Since result was expected, it was easy to move on.

Realizing my mistakes, I started reading NCERT and other Books but not in planned and organized way. I tried to study as much as possible but again without any question practice due to lack of confidence.

2015 Prelims: Failed (Score GS – 91, CSAT-102). I vividly remember the night of 23rd August, 2015 (2015 Prelims) crying on the Bengaluru station platform with my wife. I realized the cost of not doing question practice and decided to join a test series.

One day browsing the internet for online coaching, I landed at INSIGHTSONINDIA web page and after browsing it for weeks; I decided to join the test series in October 2015. Along with suggested study material with test schedule, I completed all tests on time and scored in range of 75-128. Feeling confident about Prelims, I cleared it

For 2014 and 2015 attempts, I opted for History and Geography respectively but was least prepared due to lots of confusion, self-doubt and lack of any strategy. After 2015 Prelims failure, I read interview of Mrs. Suma (IPS, Karnataka Cadre) and read NCERT Sociology to get a feel of the subject. I liked the subject and made up my mind to stick to this decision.

Though feeling energized due to clearing prelims, I was least prepared for MAINS. No answer writing (Despite reading all article links for SECURE answer writing initiative of INSIGHTS), barely covered the basics of Sociology, I did not even wanted to appear for MAINS, but just appeared for sake of evading my wife’s questions.

I almost broke down on the first day Essay paper itself and went blank inside examination hall (UVCE, Bengaluru) & could write only 5 pages and 3 pages for two essays respectively. Was expecting marks in 20s (real Score – 124). Completed less than half paper in all subjects including General Studies and optional.

Final Score – 528. Though failed miserably, it boosted my confidence as I had scored reasonably good, given the number of questions I attempted.

Same strategy continued: completing all InsightsIAS test on time, referring the study material as per test schedule and revised the test series by making short notes for tests. Test scores were in range of 90-140

Having realized my limitations, I joined online sociology course of Vikash Ranjan Sir and tried to complete the mains syllabus, but again failed to do any writing practice for mains owing to lack of confidence and personal setbacks. Owing to lack of answer writing practice, I could not complete any paper (completely left 2-3 questions in all papers) other than Essay paper. As it was to happen, missed mains cut off by narrow margin

Though failed, but score was proportionate to quality and quantity and I had no complaints for UPSC marking system. I could very clearly see my faults.

For this attempt I had very less time to prepare for prelims due to personal setbacks and work pressure, I completely relied on InsightsIAS Test Series and newspaper (Religiously following The Hindu since 2015, but not making any notes) with limited time to static portion. Completed all test on and made short notes for all tests (also referred to the links given in detailed explanation for questions) and revised them multiple times. Score in the test series were in range of 130-166.

It went well and was expecting score in the range of 120s and immediately started preparation for mains. For this attempt I Joined Praveen Kishore Sir’s online sociology classes with test series and insights online mains test series for GS and Essay. Completed all the tests in time bound manner and the feedback was encouraging.

In real mains exam, I ruined my Essay paper due to getting panic last 1 hour. But other papers went well and I attempted all questions and was confident about clearing mains. As expected I cleared it

As I have filled my DAF honestly, I prepared for everything I mentioned, held long discussion with parents about their jobs and about my work experience. Attended 4 mocks (Vajiram and Ravi – 2: Felt Good due to constructive feedback of panel members, KSG – 1: Panel was cordial and motivating- Khan Sir deserves a mention, Chanakya IAS – 1: Panel was engaging).

UPSC Interview on 27th March was one of best days of my life. Chairman: Retd. Air Marshal A S Bhonsle). Panel was way more cordial than expectation. 90% questions were from my experience in steel sector. Marks secured is close to my expectation

I was busy in a shutdown at plant when results came. I was prepared for any outcome after reading the article on insights regarding it. This one moment made complete sense of all it took to be in that moment.

The final results made me realize the essence of the words of Nelson Mandela: “it always seems impossible until done “.