Insights into Editorial: The spectre of deportation 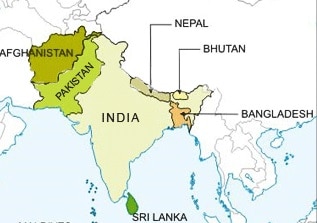 Assam government moved the Supreme Court for extension by a month of the deadline to file claims and objections for inclusion in the National Register of Citizens (NRC).

The last date for filing claims and objections for Assam’s National Register of Citizens (NRC) has been extended by the Supreme Court to December 31, from December 15.

There was some disquiet in Bangladesh when the Indian Army Chief, General Bipin Rawat, lent support to the NRC drive, claiming that those settled in Indian territory without legal jurisdiction posed a threat to national security.

This exercise of compiling the NRC in the first place has sparked a debate around its political, economic and humanitarian consequences, and its implications for India’s relationship with its neighbours, particularly Bangladesh.

Mr. Modi came to power with proclamation of a ‘Neighbourhood First’ policy. But the reality speaks quite differently.

How Relation strained with Nepal:

Against this backdrop of China making inroads into South Asia and India’s backyard, Bangladesh has so far been the most trusted ally of India.

There are legal as well as illegal Indian immigrants in Bangladesh too.

The NRC issue threatens to disturb the equilibrium in India-Bangladesh ties.

Plans for deportation of those not on the NRC list are not only politically imprudent but also risk inciting unrest across the region.

The State asked the court to direct the Application Receipt Numbers (ARN) of those already included in the final draft NRC to be made available online to enable filing of objections against wrongful inclusions.

Yet, some remain apprehensive, pointing out that Bangladesh had been similarly unconcerned about the Rohingya issue, which did not prevent the country from ultimately hosting more than a million Rohingya.

It has also sought an “intensive sample re-verification of 20% inclusions in the final draft NRC.”

Previous similar exercises have not been effective and only resulted in alienating individuals from their natural rights.

The primary goal of India’s external engagement has been to seek peace and stability, enabling a supportive environment for pursuing our nation’s multifarious development needs.

This approach of foreign policy for economic progress and development is nowhere more relevant than in our South Asian neighbourhood and the extended neighbourhood, including Central Asia.

Both South and Central Asia face enormous challenges with regard to development as well as security.

These range from ensuring economic growth and stability to dealing with trans-national security threats such as the scourge of drug-trafficking and terrorism.

Our approach to both the regions has been to build bridges of friendship and cooperation, establish greater physical and people-to-people connectivity and foster closer integration for overall progress and well-being.