Insights into Editorial: Without maternity benefits 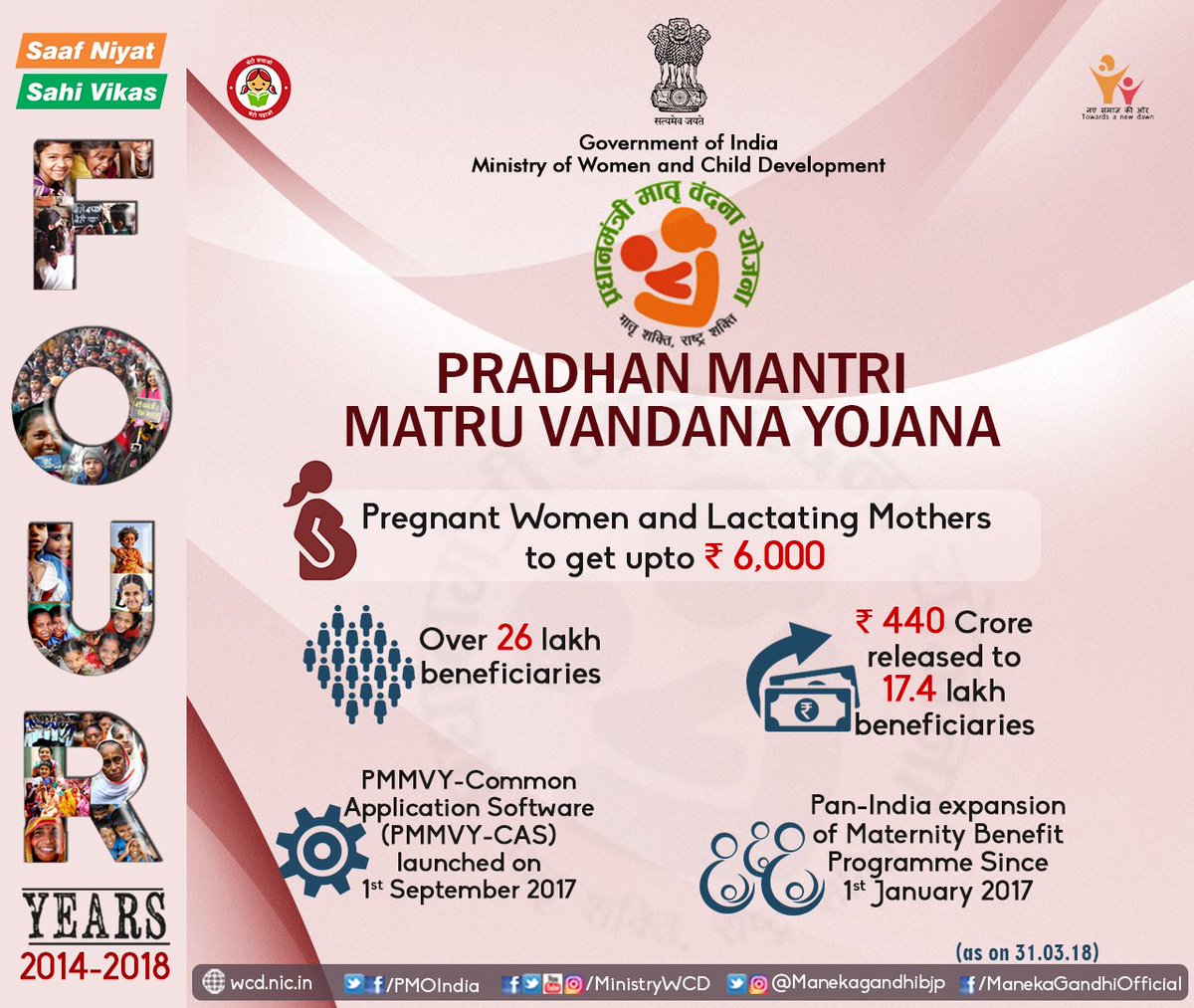 Under – nutrition continues to adversely affect majority of women in India. In India, every third woman is undernourished and every second woman is anaemic.

An undernourished mother almost inevitably gives birth to a low birth weight baby. When poor nutrition starts in utero, it extends throughout the life cycle since the changes are largely irreversible.

Owing to economic and social distress many women continue to work to earn a living for their family right up to the last days of their pregnancy.

Furthermore, they resume working soon after childbirth, even though their bodies might not permit it, thus preventing their bodies from fully recovering on one hand, and also impeding their ability to exclusively breastfeed their young infant in the first six months.

Pradhan Mantri Matru Vandana Yojana  (PMMVY) is a Maternity Benefit Programme that is implemented in all the districts of the country in accordance with the provision of the National Food Security Act, 2013.

It is a Centrally Sponsored Scheme implemented by Ministry of Women and Child Development.

Cash incentive of Rs 5000 in three instalments i.e. first instalment of Rs 1000 on early registration of pregnancy at the Anganwadi Centre (AWC) / approved Health facility as may be identified by the respective administering State / UT.

Third instalment of Rs 2000 after child birth is registered and the child has received the first cycle of BCG, OPV, DPT and Hepatitis – B, or its equivalent/ substitute.

The eligible beneficiaries would receive the incentive given under the Janani Suraksha Yojana (JSY) for Institutional delivery and the incentive received under JSY would be accounted towards maternity benefits so that on an average a woman gets Rs 6000.

Every pregnant woman is entitled to maternity benefits of Rs. 6,000.

However, it excludes all those, whoever are receiving similar benefits as a Government employee or under other laws.

Critical aspects of PMMVY with respect to NFSA,2013: Rs. 5,000 in three instalments and Rs. 1,000 later. They are restricted to the first living child only. Eligibility is only to the women above the age of 18 years.

The provision for maternity entitlements in the NFSA is very important for women who are not employed in the formal sector.

The PMMVY, however, undermines this provision due to the dilution of the entitled amount and the exclusion criteria.

Even in this restricted form, the scheme is yet to reach eligible women as the implementation record has been dismal till date.

There is an urgent need for better implementation as well as for compliance of the scheme with the NFSA.

Maternity benefits should be raised to ₹6,000 per child at least, for all pregnancies and not just the first living child.