Context: Scientists have launched the largest-ever attempt to regenerate coral on the endangered Great Barrier Reef by harvesting millions of the creatures’ eggs and sperm during their annual spawning.

The plan is to grow coral larvae from the harvested eggs and return these to areas of the reef which have been badly damaged by climate-related coral bleaching.

This is the first time that the entire process of large scale larval rearing and settlement will be undertaken directly on reefs on the Great Barrier Reef. 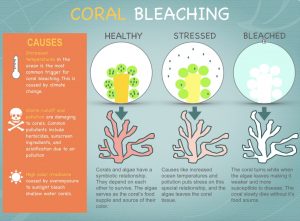