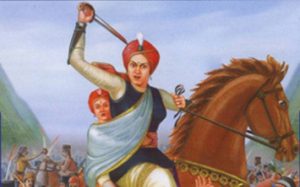 For Prelims and Mains: Rani Lakshmibai- related facts, overview of 1857 revolt and Doctrine of Lapse.

Context: November 19 is the birth anniversary of Rani Lakshmibai.

Who was Rani Lakshmibai?

J&K all set for President’s rule

Context: If the state assembly is not dissolved in two months, Jammu and Kashmir may come under President’s rule in January.

Since J&K has a separate Constitution, Governor’s rule is imposed under Section 92 for six months after an approval by the President. In case the Assembly is not dissolved within six months, President’s rule under Article 356 is extended to the State. Governor’s rule expires in the State on January 19.

Article 370 section 92: Provisions in case of failure of constitutional machinery in the State:

If at any time, the Governor is satisfied that a situation has arisen in which the Government of the State cannot be carried on in accordance with the provisions of this Constitution, the Governor may by Proclamation:

The imposition of Article 356 of the Constitution on a State following the failure of constitutional machinery is called President’s Rule in India. Once the President’s Rule has been imposed on a state, the elected state government will be temporarily dissolved, and the Governor, who is appointed by the government at the Centre, will replace the Chief Minister as the chief executive of the State.

Context: Kerala is planning to launch an initiative to enforce dietary guidelines, involving the reduction of trans fatty acids (TFAs), salt and sugar in commercially available foods in the State.

Trans fatty acids (TFAs) or Trans fats are the most harmful type of fats which can have much more adverse effects on our body than any other dietary constituent. These fats are largely produced artificially but a small amount also occurs naturally. Thus in our diet, these may be present as Artificial TFAs and/ or Natural TFAs.

WHO recommends that trans fat intake be limited to less than 1% of total energy intake and has called for the total elimination of TFAs in global food supply by 2023. FSSAI has proposed to limit TFA limit in foods to 2% and eliminate trans fats from foods by 2022. 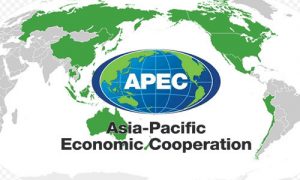 Outcome of the summit:

It ended with no joint statement from the leaders – a first in Apec history – and with the fight for dominance in the Pacific region between Australia, the US and Japan on one side and China on the other, coming out into the open.

The Asia-Pacific Economic Cooperation (APEC) is a regional economic forum established in 1989 to leverage the growing interdependence of the Asia-Pacific. APEC has 21 members. 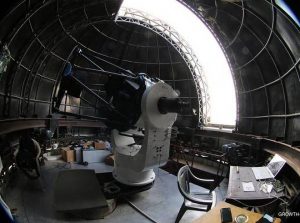 For Prelims and Mains: GROWTH-India telescope- objectives, functioning and its significance.

Context: The 0.7 m GROWTH-India telescope at the Indian Astronomical Observatory located in Hanle, Ladakh, has made its first science observation which is a follow-up study of a nova explosion.

The GROWTH-India telescope is part of a multi-country collaborative initiative – known as the Global Relay of Observatories Watching Transients Happen (GROWTH) – to observe transient events in the universe.

Its goals are threefold:

Novae are explosive events involving violent eruptions on the surface of white dwarf stars, leading to temporary increase in brightness of the star. Unlike a supernova, the star does not go on to die but returns to its earlier state after the explosion.

The recurrent nova, named M31N-2008, has been observed to erupt several times, the most recent eruption happening in November 2018.

For Prelims and Mains: CBI- Establishment, its functioning, issues related to its autonomy and need for consent in investigations.

Context: The Andhra Pradesh and West Bengal governments have withdrawn “general consent” to the CBI for investigating cases in their respective states. The state governments said they had lost faith in the CBI in the backdrop of its internal turmoil marked by the open war among the agency’s top officers. They have also alleged that the Centre is using the CBI to unfairly target Opposition parties.

What is general consent?

Unlike the National Investigation Agency (NIA), which is governed by its own NIA Act and has jurisdiction across the country, the CBI is governed by the Delhi Special Police Establishment Act that makes consent of a state government mandatory for conducting investigation in that state.

There are two kinds of consent: case-specific and general. Given that the CBI has jurisdiction only over central government departments and employees, it can investigate a case involving state government employees or a violent crime in a given state only after that state government gives its consent.

It means the CBI will not be able to register any fresh case involving a central government official or a private person stationed in these two states without getting case-specific consent. Withdrawal of consent simply means that CBI officers will lose all powers of a police officer as soon as they enter the state unless the state government has allowed them.

Under what provision has general consent been withdrawn?

GO (government order) number 176 issued by the Andhra Pradesh Home Department by Principal Secretary A R Anuradha on November 8 states: “In exercise of power conferred by Section 6 of the Delhi Special Police Establishment Act, 1946 (Central Act No 25 of 1946), the government hereby withdraws the general consent accorded in GO No 109 Home (SC.A) Department dated August 3, 2018 to all members of the Delhi Special Police Establishment to exercise the powers and jurisdiction under the said Act in the State of Andhra Pradesh.’’

Section 6 of the Act says, “Nothing contained in Section 5 (which deals with jurisdiction of CBI) shall be deemed to enable any member of the Delhi Special Police Establishment to exercise powers and jurisdiction in any area in a State, not being a Union Territory or Railway, area, without the consent of the Government of that State.”

Does that mean that the CBI can no longer probe any case in the two states?

No. The CBI would still have the power to investigate old cases registered when general consent existed. Also, cases registered anywhere else in the country, but involving people stationed in Andhra Pradesh and West Bengal, would allow CBI’s jurisdiction to extend to these states.

There is ambiguity on whether the agency can carry out a search in either of the two states in connection with an old case without the consent of the state government. However, there are legal remedies to that as well. The CBI can always get a search warrant from a local court in the state and conduct searches. In case the search requires a surprise element, there is CrPC Section 166, which allows a police officer of one jurisdiction to ask an officer of another to carry out searches on his behalf. And if the first officer feels that the searches by the latter may lead to loss of evidence, the section allows the first officer to conduct searches himself after giving a notice to the latter.

What happens in fresh cases?

Withdrawal of consent will only bar the CBI from registering a case within the jurisdiction of Andhra and Bengal. The CBI could still file cases in Delhi and continue to probe people inside the two states. 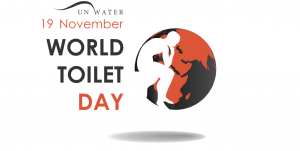 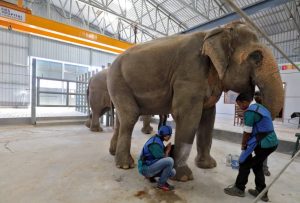