Insights into Editorial: A reality check on cooperative federalism 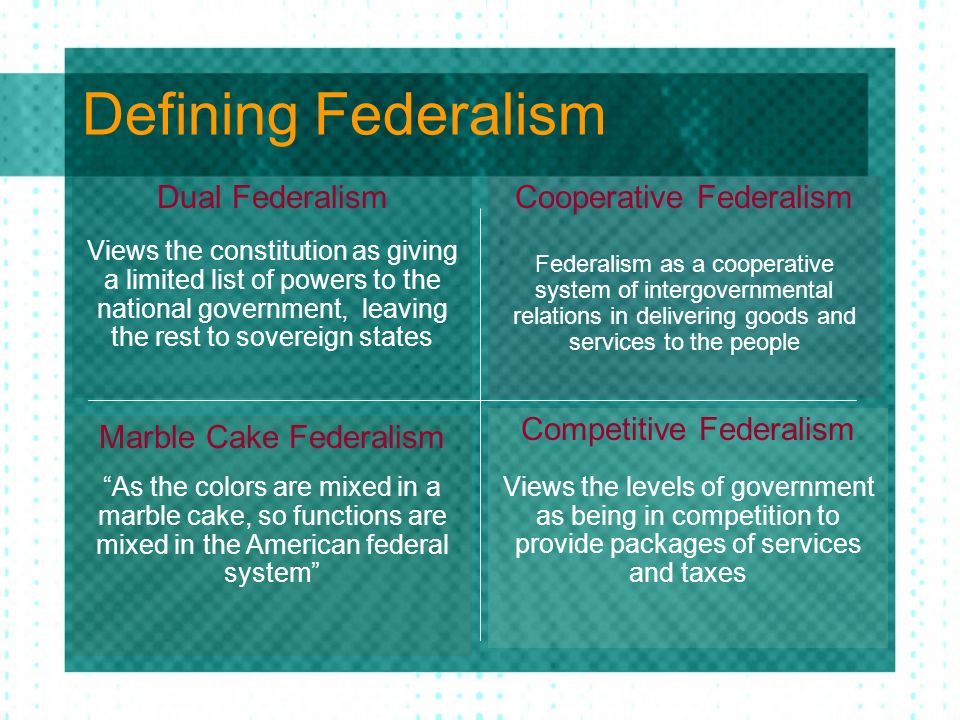 Indian model of federalism is called quasi-federal system as it contains major features of both a federation and union.

Federalism is a system of government in which power is divided between a central authority and constituent political units.

The Constitution of India establishes a federal structure to the Indian government, declaring it to be a “Union of States”.

Cooperative federalism is the concept which reflects the relationship between centre and state where they both come together and resolve the common problems with each other’s’ cooperation.

With the collaborative efforts and cooperation, different level of governments in an amicable manner, contributes towards the growth of the country.

Evolution of Cooperative Federal Structure in India from a Centralised Administration:

In 1974, when the Supreme Court commented on the Constitution envisaging a cooperative federal structure, federalism has come a long way in India.

In relation to the imposition of President’s rule under Article 356 of the Constitution, federalism is far more mature.

Between 1947 and 1977, there were 44 instances when the power to impose President’s rule was exercised.

Between 1977 and 1996, the power was exercised almost 59 times. Prime Minister Indira Gandhi’s cabinet resorted to the power an estimated 50 times in her 14 years.

From 1991 till 2016, there have been 32 instances of the exercise of this power compared to 92 instances in the preceding period.

In S.R. Bommai v. Union of India (1994), the limitation laid down by the Supreme Court might have placed gentle breaks on exercise of this power (President’s Rule), but the Centre continues to wield superior legislative powers, including residuary powers and legislative precedence.

Although Cooperative Federalism has been Improved, Instances of Contentious terrain:

Taxation powers are contentious issue and the Central government has won most of the disputes purely due to express provisions in the Constitution.

In the Goods and Services Tax (GST) scenario, States have foregone some taxation powers (octroi, entry tax, luxury and entertainment taxes, etc.) but have powers to levy taxes through panchayats and municipalities.

Such powers can result in an anomalous situation of a transaction being taxed under GST laws and a local law, and this is yet to be tested in court.

After the GST amendments to the Constitution, States have power to levy tax on sale of petrol, diesel, etc. and these would be revenues of the respective States. However, the GST Council is yet to recommend inclusion of these items under GST.

The southern States have been vocal about the false positives and negatives from tax sharing and this mechanism is largely subject to the recommendations of the Finance Commission (FC) and action by Parliament.

State levies and State GST form part of a State’s revenue. Under Article 269A(1) the GST Council and not the FC has the powers to make recommendations in relation to sharing of taxes from inter-State trade.

Anomalies in the interpretation of the constitution with respect to the taxation laws:

ARTICLE 269A(1): Under Article 269A(1), the GST Council and not the Finance Commission, has the powers to make recommendations in relation to sharing of taxes from inter-State trade. This is important, since States have a vote in the GST Council.

ARTICLE 270(1)(A) & 270(2): They provide that taxes levied under the GST laws will be shared in the manner prescribed in Article 270(2), which takes us to the Finance Commission and not the GST Council.

Recommendations of the Finance Commission are placed before Parliament and States have no role in the debate.

There is also no provision for an aggrieved State to challenge the report of Finance Commission on certain grounds or seek mandatory enforcement of its recommendations.

If a State is aggrieved by the recommendations itself, an aggrieved State would have to litigate in the Supreme Court as it appears that the GST Council is yet to establish a mechanism for resolving differences in terms of Article 279A(11).

To bring competition, the centre should cooperate with the states by providing necessary autonomy in their policy making and allocating them the required funds to spend based on their own priorities.

Cooperative federalism and competitive federalism are not mutually exclusive instead they both are two sides of the same coin.  Both should be equally present for the development of a nation as a whole.

The cooperation forms the ground base on which competition can begin. There has to be a balance between cooperative and competitive federalism.

States don’t merely seek parity with each other, historically States have also sought parity with the Centre as suggested and recommended in Sarkaria and Punchhi Commissions.

In an era of coalition politics, GST council and its mechanism to solve the disputes to arise will be a true test of cooperative federalism.