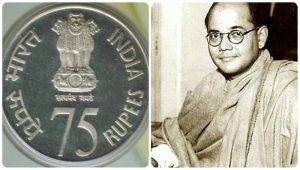 For Prelims and Mains: Features of the commemorative coin, flag hoisting by Bose, its significance, impact and the outcome.

Context: The Union Ministry of Finance has decided to release a Rs 75 commemorative coin on the occasion of 75th anniversary of the hoisting of Tricolour for the first time by Netaji Subhash Chandra Bose at Port Blair.

Context: To cater to the needs and aspirations of the youth, the National Cooperative Development Corporation (NCDC) has come up with a youth-friendly scheme ‘Yuva Sahakar-Cooperative Enterprise Support and Innovation Scheme” for attracting them to cooperative business ventures.

India votes against UNGA draft resolution on use of death penalty

Context: India has voted against a United Nations General Assembly draft resolution on the use of death penalty, saying it goes against the statutory law of the country where an execution is carried out in the “rarest of rare” cases.

India has voted against the resolution as a whole, as it goes against statutory law in India. The death penalty is exercised in ‘rarest of rare’ cases, where the crime committed is so heinous that it shocks the conscience of the society.

Indian law provides for all requisite procedural safeguards, including the right to a fair trial by an independent Court, presumption of innocence, the minimum guarantees for defence, and the right to review by a higher court.

Topic: transport and marketing of agricultural produce and issues and related constraints; e-technology in the aid of farmers.

A 3rd Mega Food Park has been sanctioned by the Ministry in Maharashtra and is under implementation in Wardha District while the first Park was inaugurated on 1st of March 2018 in Satara district.

These food parks give a major boost to the food processing sector by adding value and reducing food wastage at each stage of the supply chain with particular focus on perishables.

A maximum grant of R50 crore is given for setting up a MFP, in minimum 50 acres of contiguous land with only 50% contribution to the total project cost. 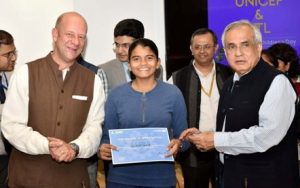 As the world grapples with evolving technologies, a new set of skills have gained popular acceptance and have come to be in high demand. For India to contribute significantly during this age of raid technological advancement, there is an urgent need to empower our youth with these ‘skills of the future’.

Equipped with modern technologies to help navigate and impart crucial skills in the age of the Fourth Industrial Revolution, the ATLs are at the vanguard of the promoting scientific temper and an entrepreneurial spirit in children today. 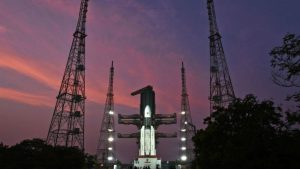 For Prelims and Mains: Key facts on GSAT- 29 and GSLVMk 3, significance of the launch.

Significance of the launch:

The success of GSLV MkIII-D2 marks an important milestone in Indian space programme towards achieving self-reliance in launching heavier satellites. The success of this flight also signifies the completion of the experimental phase of GSLV Mark III.

UP cabinet approves renaming of Faizabad as Ayodhya, Allahabad as Prayagraj:

What next? Now, the proposal will now go to Central before the city is officially renamed.