Insights into Editorial: Choked by smog: on air pollution 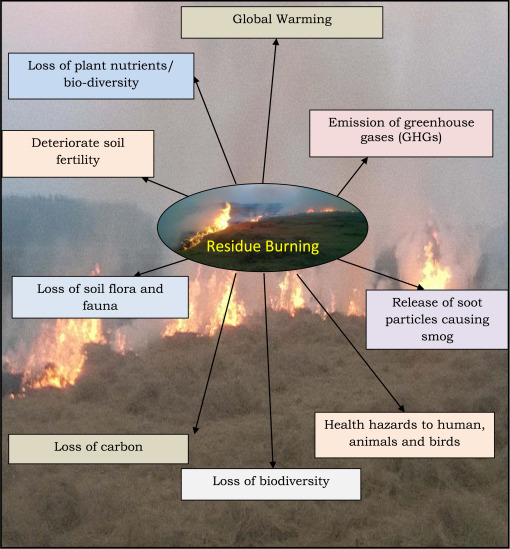 Air pollution is choking several cities in the northern States once again, as changes in temperature and slowing winds trap soot, dust and fine particulate matter.

The National Capital Region is badly hit, as the burning of agricultural residue in Punjab and Haryana is releasing large volumes of smoke containing, among other pollutants, highly damaging fine particulates, or PM2.5.

The problem of Air Pollution is aggravated by the burning of urban waste, diesel soot, vehicular exhaust, road and construction dust, and power generation.

The UN Environment Programme’s recent report titled ‘Air Pollution in Asia and the Pacific: Science-Based Solutions’ has sounded a warning, pointing out that only 8% of the population in the countries of the region get to breathe air of acceptable quality.

One study of degradation of Delhi’s air over a 10-year period beginning 2000 estimated premature mortality to have risen by as much as 60%.

According to the Agriculture Ministry, 23 million tonnes of paddy straw is burnt in Punjab, Haryana and UP every year.

Every day about 93% of the world’s children under the age of 15 (1.8 billion children) breathe polluted air that puts their health and development at serious risk.

The World Health Organisation (WHO) said in a new report that puts into numbers the devastating impact that air pollution is having on the global population’s health.

According to a report by the United Nations Environment Programme (UNEP), India had the highest share of welfare costs (or a loss of income from labour), of about $220 billion (about ₹1.4 trillion), in South and South-East Asia of a combined total of $380 billion from mortality due to air pollution.

The global mortality costs from outdoor air pollution are projected to rise to about $25 trillion by 2060 in the absence of more stringent measures.

At regional and national scale, China’s welfare costs from mortality were the highest at nearly $1 trillion followed by the Organisation for Economic Corporation and Development (OECD) countries with a combined total of $730 billion, the report of a 2016 projection by the OECD.

Government Initiatives: Subsidies for Equipments To Solve the Problem of Stubble Burning:

Although India has nine of the 10 most polluted cities in the world, it has not taken consistent action on pollution.

Tens of millions live with ambient air quality that is well short of even the relaxed parameters the country has set for fine particulates, compared with those of the World Health Organisation.

This year’s ‘severe’ air quality rating for Delhi and poor conditions prevailing in other cities in the Indo-Gangetic Plain should compel a decisive shift in policy.

The Centre and the State governments need to get into crisis mode to dramatically reduce emissions.

They must address the burning of carbon, which is a direct source, and emissions with oxides of nitrogen and sulphur from vehicles that turn into fine particulates through atmospheric reactions.

Failure to take sustainable and urgent measures will inflict long-term harm on public health, affecting children even more by putting them at higher risk for diseases.

An innovative approach could be to use climate change funds to turn farm residues into a resource, using technological options such as converting them into biofuels and fertilizers.

There are reports that subsidised machines being provided by the Government have not reached many villages and wherever given, the number is too low.

Proactive engagements are necessary to persuade and reassure farmers.

It is important to find other uses for stubble such as biomass, which may encourage farmers to look for alternative sources of income.

India should at least now give high importance to the WHO warning about air pollution being the new tobacco. Sharply escalated, deterrent parking fees can be implemented.

The World Bank has said it is keen to enhance its lending portfolio to tackle air pollution, opening a new avenue for this.

Governments should make the use of personal vehicles in cities less attractive through strict road pricing mechanisms.