For Prelims and Mains: CCI- features, composition, functions and significance, Key features of the Competition Act.

Context: A ‘National Conference on Public Procurement & Competition Law’ is being organised by the Competition Commission of India (CCI) with a view to scale up Competition Advocacy and reach out to important stakeholders in public procurement ecosystem.

Committee to review the Act:

In pursuance of its objective of ensuring that Legislation is in sync with the needs of strong economic fundamentals, the Government recently constituted a Competition Law Review Committee to review the Competition Act headed by Secretary, Ministry of Corporate Affairs. Context: Giving a boost to China’s long standing demand, Pakistan recently said that it supported active participation of China at the platform of the South Asian Association for Regional Cooperation (SAARC).

Why China is demanding a greater role?

China has a status of an observer state in South Asia, however  an observer state can get involve with SAARC members on specific initiatives, but they do not have voting rights. China entered SAARC as an observer in 2005, supported by most member states.

China is becoming member of different regional blocs due to its growing economic and military might. China’s active and aggressive diplomacy, trade and investments, many cooperative agreements with SAARC nations is thus enabling it to have a greater influence in south Asia. India needs to re-think its regional strategies as rise of China will impact India. Often it is viewed that the rise of China will decrease India’s influence in South Asia. For Prelims and Mains: PCR- features, need, significance and the recommendations made by Deosthalee committee.

Context: The Reserve Bank has initiated steps to set up a wide-based digital Public Credit Registry (PCR) to capture details of all borrowers, including wilful defaulters and also the pending legal suits in order to check financial delinquencies. Context: Odisha Government has launched Saura Jalnidhi scheme to encourage use of solar energy in irrigation by farmers. 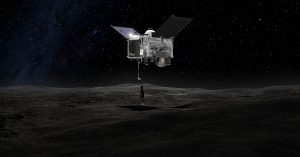 Context: After two years travelling through space, the NASA OSIRIS-REx spacecraft has started to obtain images of the mission target, primitive asteroid Bennu.

The launch of the NASA OSIRIS-REx mission took place on September 8, 2016. Since then, the spacecraft has been two years travelling through space to reach its target, primitive asteroid Bennu, in October, 2018.