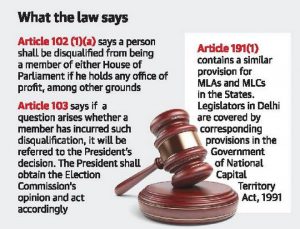 The decision was based on an opinion tendered by the Election Commission in July, stating that the said office was exempt from purview of ‘office of profit’ under provisions of the Delhi MLAs (Removal of Disqualification) Act, 1997.

Government of NCT of Delhi, in its submission to EC, had made it clear that Rogi Kalyan Samitis were constituted by it and that their chairpersons were not entitled to any remuneration and would therefore fall under the exemption granted by item 14 of the Schedule of the Delhi MLAs (Removal of Disqualification) Act. The Act provides for exemption of office of chairman, vice-chairman and members of the hospital advisory committee, Delhi, from purview of “office of profit”.

If an MLA or an MP holds a government office and receives benefits from it, then that office is termed as an “office of profit”. A person will be disqualified if he holds an office of profit under the central or state government, other than an office declared not to disqualify its holder by a law passed by Parliament or state legislature.

Basic disqualification criteria for an MP are laid down in Article 102 of the Constitution, and for an MLA in Article 191. They can be disqualified for: a) Holding an office of profit under government of India or state government; b) Being of unsound mind; c) Being an undischarged insolvent; d) Not being an Indian citizen or for acquiring citizenship of another country.

In 2017, a group of 19 lawmakers met then Governor C.Vidyasagar Rao and gave a memorandum expressing loss of confidence in Palaniswami and requested him to appoint a new Chief Minister.

The Speaker then issued notice to the lawmakers asking them why they should not be disqualified under the anti-defection law. Subsequently, one of legislators, S.T.K. Jakkaiyan, switched over to the Palaniswami side and the others were disqualified.

The 10th Schedule to the Constitution, popularly referred to as the ‘Anti-Defection Law,’ was inserted by the 52nd Amendment in 1985.

The grounds for disqualification are mentioned under Articles 102 (2) and 191 (2). A Member of Parliament or state legislature is deemed to have defected:

Exceptions under the Law:

Scheme for Promotion of Academic and Research Collaboration (SPARC)

Context: Ministry of Human Resource Development has launched the web portal of the Scheme “Scheme for Promotion of Academic and Research Collaboration (SPARC)”.

About Scheme for Promotion of Academic and Research Collaboration (SPARC):

This Scheme is expected to have a major impact in providing the best international expertise to address major national problems, expose Indian academicians to the best collaborators abroad, enable international faculty to stay in India for a longer duration, provide Indian students an opportunity to work in the world class laboratories, to develop strong bilateral relationships in research, and improve the international ranking of Indian Institutes.

For Prelims and Mains: Awards, awardees and its significance.

“Unified Agriculture Markets” of Co-operation Department of Government of Karnataka has also been selected under the Category ‘Innovation in Public Service Management’.  This initiative has also been awarded the overall Gold Award for CAPAM Awards, 2018. 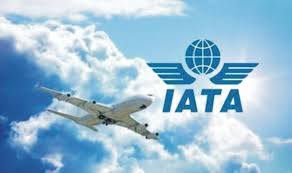 For Prelims and Mains: IATA- composition, functions and functions.

Context: In its latest 20-year forecast for the aviation industry, the International Air Transport Association (IATA) says that India will be the third largest aviation market globally a year sooner than was earlier predicted. It is now expected to be among the top three countries by 2024 from its current seventh position. 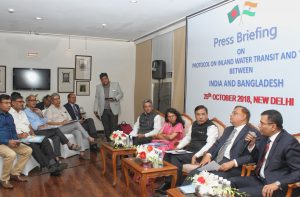 The new arrangement will facilitate the movement of fly ash, cement, construction materials from India to Bangladesh through IWT on Rupnarayanriver.

Context: Scientists and researchers from the National Centre for Biological Sciences (NCBS) in Bangalore have come up with a new citizen-science repository on Indian mammals, called Mammals of India (MaOI). MaOI is a part of the Biodiversity Atlas (India project).

As per current estimates, 426 species of mammals are found in India; of them 47 species are endemic to the Indian subcontinent. Along with well known species, the mammals of 100 species of rats and 126 species of bats and 24 species of whales of dolphins.

These photographic records will help researchers in having distribution map of mammals in the country. The photographs will not only help gather information on the distribution of the various species but also interactions between different species of mammals, like predation and mutualism.

Context: The Tagore Award for Cultural Harmony for the years 2014, 2015 & 2016 is being conferred   on the doyen of Manipuri dance Sh. Rajkumar Singhajit Singh; Chhayanaut (a cultural organization of Bangladesh) and on one of India’s greatest sculptors, Sh. Ram Vanji Sutar, respectively.

About the Tagore award:

Context: India Mobile Congress is being held in New Delhi.

About IMC: The India Mobile Congress 2018, hosted by the Department of telecommunications and the Cellular Operators Association of India (COAI), is an excellent platform for policy makers, industry and regulators to engage in meaningful deliberations to drive the future direction of this important sector.