For Prelims and Mains: EPCA- objectives, composition and significance.

For Prelims and Mains: Features and significance of the scheme.

Context: Odisha government has launched the ‘Nirman Kusuma’ programme to help the children of construction workers get trained in Industrial Training Institutes and polytechnics. Context: The Supreme Court has issued notice to the government to update the National Register of Citizens (NRC) in Tripura, as is being done in Assam, in order to detect and deport the “illegal immigrants” from Bangladesh.

Tripura was a predominantly tribal State, but now it has become a non-tribal State. Indigenous people who were once the majority has now become a minority in their own land claimed the PIL. Uncontrolled influx of illegal migrants from Bangladesh to Tripura has caused huge demographic changes in Tripura. 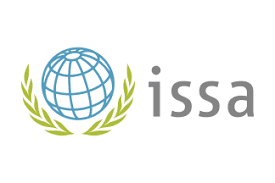 For Prelims and Mains: About ISSA and its role, about ‘Regional Social Security Forum for Asia and the Pacific’.

The International Social Security Association (ISSA) invites submissions for the ISSA Good Practices award for Asia and the Pacific regions, on the occasion of the triennial regional forum. The Forum provides unique opportunities to CEOs and Managers of ISSA Member Institutions to discuss key social security challenges and share their experiences. As per the new provisions:

For Prelims and Mains: Features and significance of the mission.

Context: NASA’s New Horizons probe is on course to fly by the Kuiper Belt object nicknamed Ultima Thule, which is at a distance of 6.6 billion kilometers from Earth. This event will set the record for the most distant object ever visited by a spacecraft.

The Kuiper belt sometimes called the Edgeworth–Kuiper belt, is a region of the Solar System beyond the planets, extending from the orbit of Neptune (at 30 AU) to approximately 50 AU from the Sun. It is similar to the asteroid belt, but it is far larger—20 times as wide and 20 to 200 times as massive.

Context: Gujarat Forest Department has started vaccination of lions in Gir sanctuary to protect them from a deadly canine distemper virus (CDV). The virus is blamed for the death lions in Gujarat’s Gir sanctuary in last one month.

What is Canine Distemper Virus?

The magnificent Asiatic lion is under threat. Twenty-three lions have died in as many days in the eastern part of Gujarat’s Gir sanctuary. This case is more worrisome as the big cat population in Gujarat is the last of the Asiatic lions in the wild.

For Prelims and Mains: About SPG, roles and significance.

Context: The government has set up Strategic Policy Group or SPG to help the National Security Council, which advises the Prime Minister on matters of national security and strategic interests.

The NSA will convene the meetings of the SPG and the cabinet secretary will coordinate implementation of the group’s decisions by union ministries and departments, and state governments.

Context: Researchers have confirmed the presence of the elusive Eurasian Otter one of the least-known of India’s three Otter species in the Western Ghats after more than 70 years. While the species is widespread across Europe, northern Africa and several south Asian countries, it is not as frequently seen as smooth-coated or small-clawed otters in India.

Major threats to Asian otter population are loss of wetland habitats due to construction of largescale hydroelectric projects, conversion of wetlands for settlements and agriculture, reduction in prey biomass, poaching and contamination of waterways by pesticides. Poaching for pelt and other body parts that are believed to possess therapeutic properties. Few nomadic hunting tribes eat otter flesh. Reductions in prey biomass (fish stocks) and infrastructural developments have led to disappearance of otters from the many streams and rivers which were once major otter habitats.