The SSG 2018 was conducted by independent survey agency in all districts from 1st to 31st August 2018. It will also take feedback from over 50 lakh citizens on SBM related issues through direct interaction as well as online feedback.

Context: To promote innovative cooperation between students of India and Russia, a Memorandum of Understanding was recently exchanged between India’s Atal Innovation Mission (AIM) and the Russian Federation’s SIRIUS Educational Foundation.

The MoU seeks to:

The Atal Innovation Mission shall have two core functions: For Prelims and Mains: Features and significance of Digi Yatra.

Context: Union Ministry of Civil Aviation has released policy on biometric based digital processing of passengers at airports called Digi Yatra. With this initiative, ticket booking, airport entry and boarding pass security check-in will be made digital.

This initiative will bring benefits to passengers and all stakeholders involved in process including airport operator who will be having travel information in advance for better resource planning and real-time data of passengers within terminal. This will enable the operator to take proactive action to avoid congestion.

Context: India and Russia have concluded the contract for five S-400 ‘Triumf’ missile systems, one of the biggest defence deals in recent times.

CAATSA is a US federal law that imposed sanctions on Iran, North Korea and Russia. It includes sanctions against countries that engage in significant transactions with Russia’s defence and intelligence sectors.

However, any imposition of sanctions on India, which is now a major defence partner, could be disastrous for the bilateral relationship.

S-400 would be like a “booster shot” in the Indian Air Force’s (IAF) arm. India needs to be well-equipped against neighboring threats. Pakistan has over 20 fighter squadrons, with upgraded F-16s, and inducting J-17 from China in large numbers. China has 1,700 fighters, including 800 4-Gen fighters. For Prelims and Mains: All about CoD and its relationship wrt UN.

Context: Pankaj Sharma has been appointed as ambassador and India’s permanent representative to United Nations Conference on Disarmament in Geneva.

About the Conference on Disarmament:

Relationship to the United Nations: 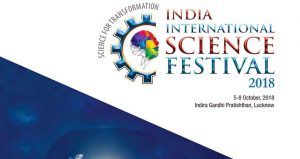 For Prelims and Mains: IISF- objectives, theme and significance. For Prelims and Mains: All about Methanol- uses, advantages, significance and future potential, about the Programme.

Highlights of the project:

This is India’s first step towards realising the concept of ‘Methanol Economy’, the flagship programme of NITI Aayog. Through the programme, the NITI Aayog has been working on a roadmap to replace 20% of the country’s crude imports through methanol alone.

Methanol is a promising fuel as it is clean, cheaper than fossil fuels and a good substitute for heavy fuels. India imports methanol from Saudi Arabia and Iran at present. Across the world, methanol is emerging as a clean, sustainable transportation fuel of the future.

Methanol can be used as an energy producing fuel, transportation fuel and cooking fuel, cutting down India’s oil import bill by an estimated 20% over the next few years. Unlike CNG, using methanol as a transportation fuel would require minimal alteration in the vehicles.

Methanol as an enduring solution to human energy needs?

Methanol has the potential to be an enduring solution to human energy needs is because the beltched out C02 (greenhouse gas emission) both from using Methanol and while producing Methanol can be tapped back to produce Methanol. Thereby a seamless loop of CO2 sequestration cycle is created to perpetually burn fuels without polluting the environment at all. C02 from steel plants, Thermal Power plants, Cement Plants etc. can be tapped in large quantities to produce Methanol.

The Concept of “Methanol Economy” is being actively pursued by China, Italy, Sweden, Israel, US, Australia, Japan and many other European countries. 10% of fuel in China in transport Sector is Methanol. Methanol Economy, if adopted by India can be one of the best ways to mitigate the Environmental hazards of a growing economy. NITI Aayog is preparing a road map for a full-scale implementation in the near future.

GI Tag for Alphonso from Konkan For Prelims and Mains: All about GI tags and related key facts.