Context: Assam Government has become the first Indian state to offer a Wage Compensation Scheme for pregnant women working in the tea gardens of the state.

The bulk of the workforce in Assam’s tea gardens is women. The maternal mortality rate of women working in the tea plantations of Assam is unusually high. The scheme is likely to benefit over 60,000 women in the state. It is expected to reduce maternal and neonatal mortality in the tea areas.

In the Annual Health Survey of 2012-13, Assam recorded one of the highest maternal mortality rates in India, with over 300 maternal deaths per 100,000 live births. The MMR in the state’s tea gardens was even higher, as it was recorded to be 404. The national average during 2014-16 was 130. Further, almost 50% of the pregnant women aged between 15 and 49 years in the state were recorded to be anaemic, which is a leading contributor to maternal mortality. 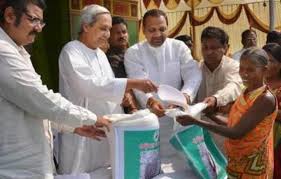 For Prelims and Mains: Features and significance of the scheme, issues related to NFSA.

Context: The state government of Odisha has launched its own food security scheme- State Food Security Scheme (SFSS)- to benefit the 25 lakh poor people who were left out of the National Food Security Act (NFSA).

The NFSA was implemented in 2014; however, many people were denied the benefit. The move was taken after the centre repeatedly failed to respond to the state’s plea of including the left out people in its national food security scheme.

Context: The 2018 Government E-Payments Adoption Ranking (GEAR) study has been released by Visa, a global leader in payments technology. This is the third edition of the study after those in 2007 and 2011.

Performance of India across various categories:

B2C category: India leads the Business to Government category, along with Australia, Singapore and South Korea. The category refers to the ease with which businesses can calculate and make their tax payments, register and renew their registrations online and digitally calculate their pension fund contributions, thereby making those payments on a periodic basis.

The C2G category evaluates the extent to which citizens can complete various transactions electronically by assessing six indicators, including online one-stop shops, income tax payments, and obtaining an ID card. India ranks third in this category, along with four other countries, while France and the UAE top the list.

The G2C category captures the extent to which various government transfers like tax refunds, pension and welfare benefits and unemployment benefits can be accessed electronically. In India, while everything pertaining to tax filing and pension and welfare benefits has smoothly migrated to digital, the unemployment benefits system continues to be driven by paper processes, as a result of which the country still lags behind, in 25th place.

The infrastructure and socio-economic categories examine the supportive infrastructure for e-payments and their acceptance in society at large. With respect to infrastructure, while India has witnessed an increase in Internet penetration over recent years, substantial pockets of communities continue to lack reliable access, leaving country ranked 58th.

In the socio-economic category, India is ranked 60th out of 73 countries, highlighting an urgent need to focus efforts on enhancing educational levels, as well as improving citizens’ and businesses’ engagement with Internet-enabled services.

The policy category assesses the policy environment and examines how it spurs e-payments adoption. Though India ranks at a low 40th owing to a few inhibiting policy decisions, the government’s efforts to strengthen Intellectual Property Rights (IPR) with an objective to foster innovation and protect country’s traditional knowledge could motivate innovation and act as a catalyst businesses to grow. Incentives to consumers and merchants to adopt digital payments are also restricted to selected e-payment methods, potentially limiting the effectiveness of these measures.

The Delhi declaration on Renewable Energy in the Indian Ocean Region:

Context: Canada has agreed to sign a trade deal with the United States and Mexico, revamping the North American Free Trade Agreement after almost a year of negotiations. The new deal has been named the United States-Mexico-Canada Agreement (USMCA).

It’s basically NAFTA 2.0, with major changes on cars and new policies on labor and environmental standards, intellectual property protections, and some digital trade provisions. The changes include:

NAFTA is the initialism for the North American Free Trade Agreement, an agreement signed by Canada, Mexico, and the United States that reduced or eliminated trade barriers in North America. (Since the U.S. and Canada already had a free trade agreement (signed in 1988), NAFTA merely brought Mexico into the trade bloc.)

Negotiations for the trade agreement began in 1990 under the administration of George H.W. Bush and were finalized under Bill Clinton’s presidency in 1993. The agreement went into effect on January 1, 1994.

What was the purpose of NAFTA?

Why is NAFTA controversial?

NAFTA was controversial when first proposed, mostly because it was the first [free trade agreement] involving two wealthy, developed countries and a developing country. Some people felt that allowing free trade with a developing country provides an incentive for U.S-based business to move their operations to that country.

Since its implementation NAFTA has remained a prime target of trade protectionists (those who advocate taking measures such as taxing imports to “protect” domestic industries from foreign competition). For Prelims and Mains: brief overview of the awardees and their contributions and about Nobel prizes in various categories.

Nobel Prize in Physiology or Medicine:

The Nobel Prize in Physiology or Medicine is awarded once a year for outstanding discoveries in the fields of life sciences and medicine. It is one of five Nobel Prizes established in 1895 by Swedish chemist Alfred Nobel, the inventor of dynamite, in his will.

US scientists Frances Arnold and George Smith and British researcher Gregory Winter have won the 2018 Nobel Prize in Chemistry. They were selected for harnessing power of evolution to develop enzymes and antibodies that have led to new pharmaceuticals and biofuels.

Three scientists Arthur Ashkin (USA), Gerard Mourou (France) and Donna Strickland (Canada) have won the 2018 Nobel Prize in Physics. They were selected for groundbreaking inventions in the field of laser physics.

Arthur Ashkin: He received prize for optical tweezers and their application to biological systems. His optical tweezers are able to grab particles, atoms, viruses and other living cells with their laser beam fingers, allowing use of radiation pressure of light to move physical objects.

Gerard Mourou and Donna Strickland: They were jointly awarded for their method of generating high-intensity, ultra-short optical pulses. They have created ultrashort high-intensity laser pulses without destroying amplifying material, thus paving way towards shortest and most intense laser pulses ever created by mankind. Their innovative technique is known as ‘chirped pulse amplification’ (CPA), has now become standard for high-intensity lasers, including ultra-sharp beams used in corrective eye surgeries.

What is it? It is the maiden joint exercise of Coast Guards of India and Vietnam. 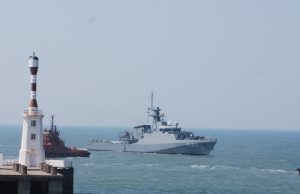 Aim: The aim of this maritime exercise is to undertake collective training for participating navies, building interoperability and mutual understanding as well as sharing of best practices.

Exercise IBSAMAR: It was initiated in 2006. It is considered as most visible manifestation of convergence of democratic values, economic interests and maritime cooperation. The last edition of IBSAMAR V was conducted off Goa, India in February 2016 and all previous exercises were held in South Africa.

It is autonomous self-regulatory body under Ministry of Housing and Urban Affairs. It was established in 1998 and is headquartered in New Delhi. It serves as apex national body for real estate industry and provides single platform for Government, industry and public to discuss various problems and opportunities face to face for speedy resolution of issues. Its mandate also includes to induce transparency and ethics in real estate business and transform unorganized Indian real estate sector into matured and globally competitive business sector. 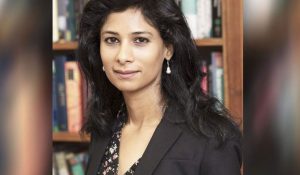 India-born Gita Gopinath has been appointed as the Chief Economist of the International Monetary Fund (IMF).