The two portals launched are part of efforts in the direction of strengthening security of women and children. However, the field level challenges have to be overcome by the Police at the ground level to ensure speedy justice to the victims. The security agencies should fully utilize potential of the two portals and update the database regularly for greater effectiveness.

There is also need for timebound completion of investigation in sexual crimes to instill deterrence among potential offenders. 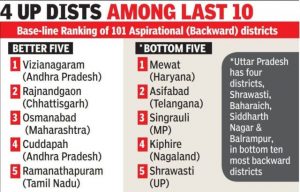 Context: In a bid to understand and address the challenges faced by the district administrations in implementing skill programs and help develop capacities, the government has approved a plan for visits of the senior officers of the Ministry of Skill Development and Entrepreneurships to the ‘Aspirational Districts’ between October 2, 2018 and January 26, 2019.

If these districts are transformed, there would be tremendous improvement in the internal security environment of the country. If Prabhari officers can bring convergence in the development efforts of different Ministries and state Governments and the schemes specially launched by Home Ministry in these districts, it would serve as a great opportunity to ensure rapid development in the country.

Cash assistance: Under the scheme, relief will be payable in cash directly to bank account of insured persons in case of unemployment. This financial assistance will be given to insured persons even while they search for new engagement. Beneficiary insured workers will be paid money, from their own contribution towards ESI scheme, in cash through bank account transfer.

Under this scheme, workers will be able to draw 47% of their total contributions towards ESIC after remaining unemployed for at least three months from date of leaving their previous jobs. They can choose to receive the cash at one go or in instalments. It will be applicable to all factories and establishments employing at least 10 workers.

For Prelims and Mains: Features and significance of the project.

Context: A pilot project for utilising services of Department of Post for transport of sputum specimen for TB Diagnosis was launched by the Health Ministry.

Sputum is a thick fluid that is produced in the lungs and the airways leading to the lungs. A sample of sputum is usually collected by the person coughing.

Need for and significance of postal transportation of Sputum:

Context: Pakistan has invited Saudi Arabia to join the CPEC as the third “strategic partner”. Saudi participation in this mega project will ensure huge investment in Pakistan through this platform.

Saudi Arabia has a history of bailing out Pakistan financially. In 2014, six months after Pakistan obtained its last IMF bailout, Saudi Arabia loaned it $1.5 billion that the government used to strengthen its rupee currency.

Only by respecting the sovereignty of countries involved, can regional connectivity corridors fulfil their promise and avoid differences and discord. China is a country which is very sensitive on matters concerning its sovereignty. So it is expected that they would have some understanding of other people’s sensitivity about their sovereignty. Meanwhile, India must uphold its specific reservations on the project and draft a strategy to revert suitably in case CPEC is offered formally through official channels. 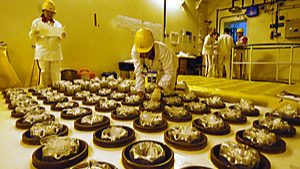 For Prelims and Mains: IAEA and safeguards- objectives, significance and their implementation.

What are they? Safeguards are a set of technical measures applied by the IAEA on nuclear material and activities, through which the Agency seeks to independently verify that nuclear facilities are not misused and nuclear material not diverted from peaceful uses. States accept these measures through the conclusion of safeguards agreements.

The objective of IAEA Safeguards is to deter the spread of nuclear weapons by the early detection of the misuse of nuclear material or technology. This provides credible assurances that States are honouring their legal obligations that nuclear material is being used only for peaceful purposes.

Need and implementation: IAEA safeguards are an essential component of the international security system. The Treaty on the Non-Proliferation of Nuclear Weapons (NPT) is the centrepiece of global efforts to prevent the further spread of nuclear weapons. Under the Treaty’s Article 3, each Non-Nuclear Weapon State is required to conclude a safeguards agreement with the IAEA.

Significance: Within the world’s nuclear non-proliferation regime, the IAEA’s safeguards system functions as a confidence-building measure, an early warning mechanism, and the trigger that sets in motion other responses by the international community if and when the need arises. Over the past decade, IAEA safeguards have been strengthened in key areas.

The IAEA serves as an intergovernmental forum for scientific and technical cooperation in the peaceful use of nuclear technology and nuclear power worldwide.

For Prelims and Mains: Key features and significance of the missile.

National Sports Awards 2018 have been announced.

National Sports Awards are given every year to recognize and reward excellence in sports.