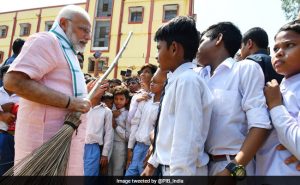 Context: ‘Swachhata Hi Seva’ movement has been launched across the country on September 15, 2018.

Aim: Over the next two weeks leading to October 2 – Gandhi Jayanti – the Swachhata Hi Seva movement aims to ensure a high standard of cleanliness across the country, which was Mahatma Gandhi’s dream for the nation.

Swachh Bharat Abhiyan is a campaign which was launched on 2 October 2014, and aims to eradicate open defecation by 2019, and is a national campaign, covering 4,041 statutory cities and towns. Its predecessors were the “Nirmal Bharat Abhiyan” and before that the “Total Sanitation Campaign”. The mission was divided into two parts — urban and rural.

Context: Noting that ₹12,000 crore of the Members of Parliament Local Area Development Scheme (MPLADS) funds remains unspent, the Central Information Commission (CIC) has asked the Lok Sabha Speaker and the Rajya Sabha Chairman to come out with a legal framework to ensure its transparency and hold parliamentarians and political parties accountable for their obligations under the scheme.

Structure of the proposed framework:

International Day for the Preservation of the Ozone Layer 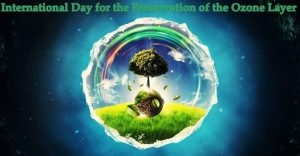 2018 Theme: ‘Keep Cool and Carry On: The Montreal Protocol’.

In 1994, the UN General Assembly proclaimed 16 September the International Day for the Preservation of the Ozone Layer, commemorating the date of the signing, in 1987, of the Montreal Protocol on Substances that Deplete the Ozone Layer.

The Montreal Protocol on Substances that Deplete the Ozone Layer was designed to reduce the production and consumption of ozone depleting substances in order to reduce their abundance in the atmosphere, and thereby protect the earth’s fragile ozone Layer. The original Montreal Protocol was agreed on 16 September 1987 and entered into force on 1 January 1989.

The phaseout of controlled uses of ozone depleting substances and the related reductions have not only helped protect the ozone layer for this and future generations, but have also contributed significantly to global efforts to address climate change; furthermore, it has protected human health and ecosystems by limiting the harmful ultraviolet radiation from reaching the earth. 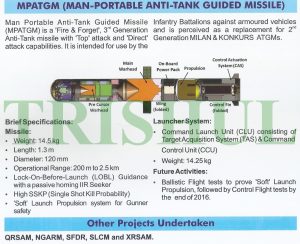 For Prelims and Mains: Key features and significance of MPATGM.

The Indian Army needs over 40,000 missiles for its infantry and mechanised units. While it has rejected the US-built Javelin system, a formal decision on the procurement on the Israeli SPIKE system is awaited. 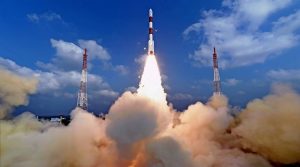 For Prelims and Mains: Key facts on satellites launched and PSLV, Significance of this launch.

Context: ISROs PSLV-C42 lifted off for the launch of two satellites from the United Kingdom – NovaSAR and S1-4 from the Satish Dhawan Space Centre. The two satellites, owned by Surrey Satellite Technology Ltd (SSTL) were placed in a circular orbit around the poles, 583 km from Earth.

Context: The Central Pollution Control Board (CPCB) has released a report on the extent of pollution in rivers in India.

Based on the recommendations of the National Green Tribunal, the CPCB last month apprised the States of the extent of pollution in their rivers. 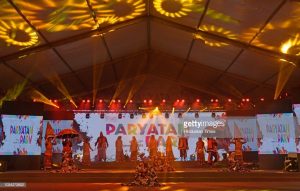 Context: The second edition of ‘Paryatan Parv’ of the Ministry of Tourism has begun across the country.

What is Paryatan Parv?