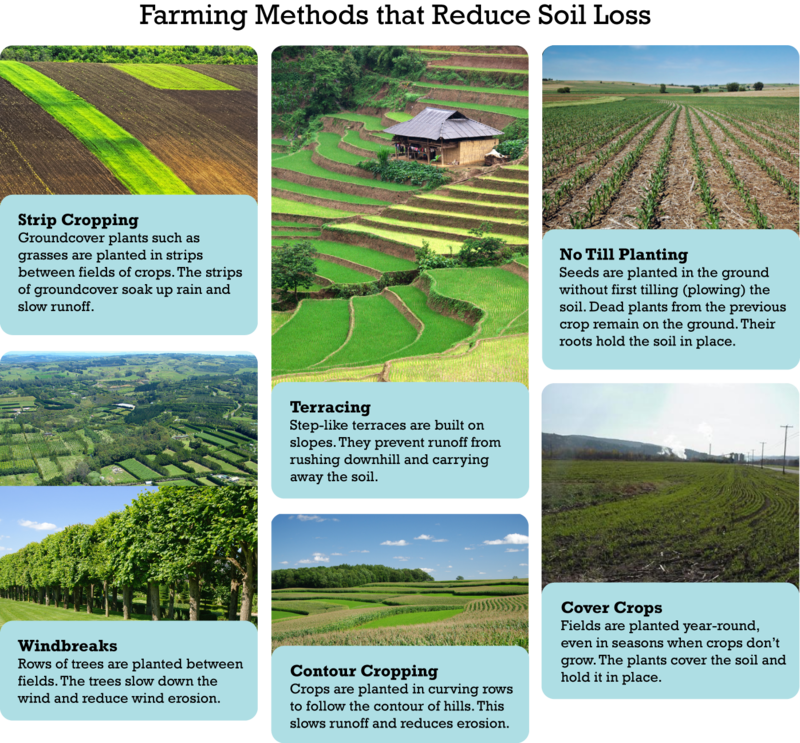 Clearly, the pressures of constantly increasing production have in turn resulted in a persistent decline in soil fertility, a major challenge that Indian agriculture is currently facing.

With rising population, limited availability of agricultural land, small land holdings and declining soil fertility, India is under serious threat of losing its food surplus status in the near future.

As the rains abate in Kerala, the loss of lives and the devastation of infrastructure and crops is apparent. However, rebuilding is planned, what is often ignored is the soil that has been washed away.

Roads and houses will be rebuilt, and crop losses compensated partially through insurance, the gradual loss of soil productivity can have a lasting impact on the local economy.

Soil degradation due to Flooding:

The impact of floods on soil was also studied in detail following the 2009 floods in North Karnataka, which killed over 170 people and caused an estimated loss of over ₹16,500 crore.

Researchers from the National Bureau of Soil Survey and Land Use Planning (NBSS&LUP) and other institutes estimate that 13 flood-hit districts lost 287 million tonnes of top soil and soil nutrients across 10.75 million hectares of farmland.

Under market prices, the replacement of nutrients such as nitrates, phosphates and iron would have cost ₹1,625 crore, while another ₹853 crore would have been spent on replenishing organic material lost.

To recover and replace would take a “considerable” amount of time, and a steadfast programme of recovery.

A soil profile of a few affected districts, done under the State’s integrated watershed scheme, shows large swathes of these areas having “shallow or very shallow” soil depth, organic carbon deficiency, and low productivity of land.

However, not all floods are bad for the soil, as seen in the oft-occurring floods along the banks of the Ganga, Kosi, Brahmaputra and other rivers taking birth in the Himalayas.

There, the gushing river emanating from the mountains carries with it loosened alluvial soil, and not only washes over farmlands, but also replenishes flood plains with fertile soil.

Apart from natural factors such as floods, volcanoes and earthquakes, a number of human-induced factors such as deforestation, ill management of industrial wastes, overgrazing by cattle, and urban expansion, are also responsible for the loss of soil’s productive capacity.

Soil is the principal medium of plant growth for providing nutrients in adequate manner. At the dawn of the civilization, agriculture based sedentary civilizations have been grown up in fertile soil of the river.

Over time, with the increase of population and food demand, methods of agriculture and stress on soil have been accelerated simultaneously because of mismanagement of soil fertility.

Over the years, increasing pressure on limited agricultural land in India has resulted in overuse of chemical fertilisers on soil, excessive tillage, jettisoning of age-old organic soil revival practices and lack of appropriate crop rotation.

This has resulted in soil degradation and loss of fertility, which are emerging as major challenges for Indian farmers.

India is under serious threat of losing its food surplus status in the near future.

Soil, which has taken thousands of years to form through natural processes and through recent inputs by farmers, is being swept away, to be dumped in reservoirs or in the sea.

There is no comprehensive scheme for recovery, and the effect of the floods is still visible on the ground. At regional level, by following below steps can retain the soil fertility:

Vegetation: The simplest and most natural way to prevent erosion is through planting vegetation. Plants establish root systems, which stabilizes soil and prevents soil erosion.

Geotextiles: Using geotextiles is an effective method because it also stabilizes soil. When used in conjunction with growing vegetation, it is even more effective. There are three main types of geotextiles: woven, nonwoven, and coir.

Mulch/Fertilizer: Applying a layer of mulch to the soil top allows the soil to slowly soak up water, as it protects against rain impact, and restores pH levels helping with erosion prevention.

However, in south and central India, floods wash away rich, weathered soil, which are deposited in reservoirs or as sand bars along the river bed or in the sea. Any rehabilitation programme must consider this lost soil.

Organic matter plays a key role in maintaining soil fertility by holding nitrogen and sulphur in organic forms and other essential nutrients such as potassium and calcium. The loss of organic matter is accelerated by frequent tillage.

The need of the hour is to educate farmers in other regions as well about what they can do to improve the health of their nutrient-depleted soil by following practices such as crop rotation, and using organic manure boosters such as cow dung and dried leaves.