Topic: History of the world will include events from 18th century such as industrial revolution, world wars, redrawing of national boundaries, colonization, decolonization, political philosophies like communism, capitalism, socialism etc.- their forms and effect on the society. For Prelims and Mains: Significance and features of Battle of Haifa.

Context: The northern Israeli coastal city of Haifa, on September 6th, celebrated the centenary year of its liberation from Ottoman rule during World War I, honouring the brave Indian soldiers who laid down their lives in what is considered “the last great cavalry campaign in history”.

The Indian Army commemorates September 23 every year as Haifa Day to pay its respects to the three Indian Cavalry Regiments – Mysore, Hyderabad and Jodhpur Lancers, that helped liberate Haifa following a dashing cavalry action by the 15th Imperial Service Cavalry Brigade of the then British Indian Army at the Battle of Haifa in 1918.

History and significance of Haifa war and its Indian Cemetery:

Owing to its rail and harbour, Israeli port city of Haifa was a strategic supply base. In addition to Haifa, the Allied Forces also engineered a plan to annexe Nazareth and Damascus in present-day Israel and Syria.

The Teen Murti memorial was constructed in 1922 in the memory of the Indian soldiers from three princely states namely Jodhpur, Hyderabad and Mysore who served present day Gaza strip, Israel and Palestine during the World War I under British India Army.

For Prelims and Mains: Significance and features of MYC programme, India’s association.

Context: India and France have signed an implementation agreement on “MOBILISE YOUR CITY” (MYC) programme.

Based on a proposal made by AFD in 2015, the European Union has agreed to provide funds of Euro 3.5 million through the AFD to contribute to specific investments and technical assistance components within the Mobilise Your City (MYC) programme in India.

About Mobilise Your City (MYC):

MobiliseYourCity (MYC) is a global climate initiative for integrated urban mobility planning, and one of 15 international transport initiatives of the UN Global Climate Action Agenda (GCAA).

The main components of the proposed assistance are:

Topic: Welfare schemes for vulnerable sections of the population by the Centre and States. Context: The Supreme Court has pronounced its much-awaited verdict on a clutch of petitions challenging the constitutional validity of section 377 of the IPC which criminalises consensual gay sex.

The verdict and its significance:

Section 377 of IPC – which came into force in 1862 – defines unnatural offences. It says, “Whoever voluntarily has carnal inter­course against the order of nature with any man, woman or animal, shall be punished with imprisonment for life, or with imprisonment of either description for a term which may extend to 10 years, and shall also be liable to fine.”

The Delhi high court had in July 2009 de-criminalised consensual homosexual acts in private by declaring as unconstitutional a part of Section 377 of IPC that criminalises unnatural sex, saying “the section denies a gay person a right to full personhood…”

The Supreme Court chose to reverse the verdict in December 2013. Upholding the constitutional validity of Section 377 IPC, an SC bench headed by Justice GS Singhvi (since retired), put the ball in the Parliament’s court, saying it was for the legislature to take a call on the desirability of the controversial provision.

Homosexuality is considered a taboo in a largely conservative Indian society which appears to be divided on the controversial issue. Freedom loving people (not necessarily belonging to Lesbian, Gay, Bisexual and Transgender or LGBT community) want homosexuality de-criminalised but many still consider it a “deviant behaviour” and not merely a question of one’s sexual orientation or preference.

There have been many positive developments in favour of LGBT community on the international front. In May 2015, Ireland legalised same-sex marriage. The country which had decriminalized homosexuality in 1993 became the first country to allow same sex marriage a national level by popular vote.

Child abuse and Section 377: Many child rights activists had criticised the Delhi HC verdict de-criminalising homosexuality on the ground that Section 377 was needed to be on the statute book to tackle cases of child abuse. However, the enactment of the Protection of Children from Sexual Offences (POCSO) Act 2012 has removed the need to use Section 377 in child sexual abuse cases. POCSO is more child-friendly and much more stringent.

Law and morality: Those against legalising gay sex argue that it is against the moral values of the society. However, activists arguing for it say what is forbidden in religion need not be prohibited in law. They argue that morality cannot be a ground to restrict the fundamental rights of citizens. A legal wrong is necessarily a moral wrong but vice versa is not correct. A moral wrong becomes a legal wrong only when its consequences are for society and not just the person/s committing it.

The Supreme Court judgment only deals with a narrow interpretation of Section 377. Besides decriminalising homosexuality, the judgment does not confer any further rights.

Gay marriages: Marriages between same-sex partners are not recognised in india, but this can be changed by inserting a provision in the Special Marriage Act.

Adoption: Law prohibits adoption of a child by a gay couple.

Inheritance: One partner cannot inherit properties left behind by their same-sex partner, unless a will is drawn in favour of the person. A will, too, can be contested by family members of the partners.

Topic: Welfare schemes for vulnerable sections of the population by the Centre and States. Context: Union Cabinet decided to indefinitely extended Atal Pension Scheme, which had lapsed in August 2018. It also has broadened its scope by keeping it open-ended. The extension was given by taking into consideration of mass participation.

The Central Government would also co-contribute 50% of the total contribution or Rs. 1000 per annum, whichever is lower, to each eligible subscriber account, for a period of 5 years, that is, from 2015-16 to 2019-20, to those who join the NPS before 31st December, 2015 and who are not members of any statutory social security scheme and who are not Income Tax payers.

The minimum age of joining APY is 18 years and maximum age is 40 years. The benefit of fixed minimum pension would be guaranteed by the Government.

Context: Union Ministry of Human Resource Development (HRD has officially decided to participate in Programme for International Student Assessment (PISA) after gap of nine years. It will send team of officers to Paris to negotiate India’s terms of participation in PISA 2021.

India had taken part in Programme for International Student Assessment (PISA) in 2009 and bagged the 72nd rank among 74 participating countries. Then UPA government had boycotted PISA, blaming “out of context” questions for India’s dismal performance.

About the Program for International Student Assessment (PISA):

The Program for International Student Assessment (PISA) is an international assessment that measures 15-year-old students’ reading, mathematics, and science literacy every three years.

PISA is coordinated by the Organization for Economic Cooperation and Development (OECD), an intergovernmental organization of industrialized countries, and is conducted in the United States by NCES. Data collection for the most recent assessment was completed in Fall 2015.

In 2012 PISA test, schools of Shanghai in China topped reading, mathematics and science test, followed closely by Singapore. In 2015, Singapore, Japan and Estonia were ranked as top three countries, in that order.

PISA 2021 test is likely to be administered in schools in Union Territory of Chandigarh. Apart from schools in Chandigarh, HRD Ministry also suggested that all Kendriya Vidyalayas (KVs) and Navodaya Vidyalayas (NVs), funded and run by Centre, shall take the test.

Why Chandigarh? Chandigarh was selected for its compact area, students are taught in Hindi and English (Government wants to keep number of languages in which test has to be administered to minimum). Chandigarh has record of performing well in learning assessments. Context: India and the U.S. have signed the foundational or enabling agreement COMCASA on the side-lines of the inaugural 2+2 dialogue.

COMCASA stands for Communications Compatibility and Security Agreement and is one of the four foundational agreements that the U.S. signs with allies and close partners to facilitate interoperability between militaries and sale of high end technology.

COMCASA is an India-specific version of the Communication and Information on Security Memorandum of Agreement (CISMOA). It comes into force immediately, and is valid for a period 10 years.

COMCASA allows India to procure transfer specialised equipment for encrypted communications for US origin military platforms like the C-17, C-130 and P-8Is. Currently, these platforms use commercially available communication systems.

COMCASA is a “technology enabler” to help transfer high-tech avionics, encrypted communication and electronic systems to India as well as ensure secrecy of its C4ISR (command, control, communications, computers, intelligence, surveillance and reconnaissance) systems from leaking to other countries like Russia. This agreement would allow the interoperability of India and United States equipments.

Benefits of this agreement: For Prelims and Mains: PMJDY- features, significance and challenges.

Under the new incentives:

The primary aim of this scheme is to provide poor people access to bank accounts.

Context: 31st meeting of the Central Hindi Committee was recently held in New Delhi under the chairmanship of Prime Minister Shri Narendra Modi.

The Kendriya Hindi Samiti was constituted in the year 1967. Chaired by PM, it is the apex policy making body which lays the guidelines for the propagation and progressive use of Hindi as official language of the union. 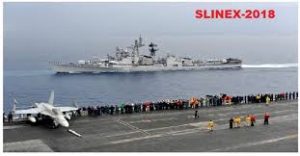