Context: In support of minor survivors of rape or sexual assault, the Supreme Court of India has issued a slew of guidelines. 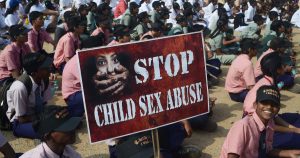 The NALSA scheme would be made applicable to minor victims from October 2 until the Centre frames compensation guidelines under the POCSO.

The order is a product of the legal efforts undertaken by senior advocate Indira Jaising, who has lent her expertise in the case for uniform compensation for rape survivors. The case had begun in the Supreme Court with Ms. Jaising raising her voice against the dormant state of the Nirbhaya funds. She has argued that compensation for sex abuse survivors should be a source of financial solace for victims of sex crimes and acid attacks during court trial. 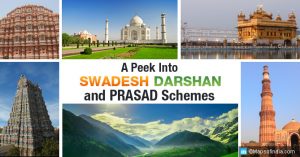 For Prelims and Mains: Highlights of the Swadesh Darshan Scheme and important circuits covered under the scheme.

Context: The Ministry of Tourism has sanctioned the project “Development of Rural Circuit: Malanad Malabar Cruise Tourism Project’ in Kerala under Swadesh Darshan Scheme for Rs. 80.37 Crores. The project focuses on development of water based thematic cruise experiences in and around Valapattanam and Kuppam Rivers of Kannur District.

The three thematic cruises developed under the project are as follows:

Waterways have been an important mode of transport in Kerala from the time immemorial with its 44 Rivers and 7 Backwater regions. The total length of the navigation route in the Kerala is 1900 km. This is tune with the water based tourism which is getting prominence all over the world.

For Prelims and Mains: Key facts on ASEM and significance of the grouping.

Aims and objectives of the conference:

The Conference will reaffirm the universal value of the human rights of older persons, share information on discrimination against the elderly and exemplary cases of long-term and palliative care in Asia and Europe, and also discuss operation and tasks of the ASEM Global Ageing Centre as an implementing institution for mutual cooperation among ASEM members for the protection and promotion of the human rights of older persons.

The Asia-Europe Meeting (ASEM) is an informal process of dialogue and cooperation bringing together the 28 European Union member states, 2 other European countries, and the European Union with 21 Asian countries and the ASEAN Secretariat.

The ASEM dialogue addresses political, economic and cultural issues, with the objective of strengthening the relationship between the two regions, in a spirit of mutual respect and equal partnership.

It was officially established on 1 March 1996 at the first summit in Bangkok, Thailand. 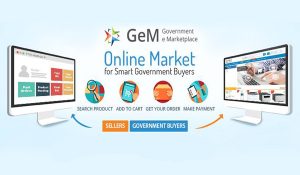 Context: The government has launched the National Mission on Government eMarketplace (GeM) for increasing awareness and accelerating the use of (GeM).

Highlights of the mission:

The e-marketplace completed two years in 2018 and on August 26, 2018, it crossed Rs 10,800 crore in terms of value and 6.96 lakh in terms of volume of transactions through the platform. The platform has more than 1.35 lakh sellers offering 4.43 lakh products and around 26,500 organisations as buyers.

For Prelims and Mains: Highlights and significance of the umbrella scheme.

Context: The Cabinet Committee on Economic Affairs has approved continuation of the Centrally Sponsored Umbrella Scheme of Integrated Development of Wildlife Habitats (CSS-IDWH) beyond the 12thPlan period from 2017-18 to 2019-20.

About Integrated Development of Wildlife Habitats:

The scheme has following three components:

Significance and benefits of the scheme: 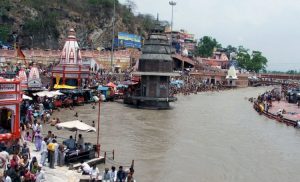 For Prelims and Mains: Highlights and significance of the plan and the need for stringent measures to save Ganga.

Context: With an aim to clean the river Ganga, Ministry of Water Resources, River Development & Ganga Rejuvenation has prepared a draft bill. The draft bill has provisions for several stringent measures.

Highlights of the Draft Bill:

In July 2016, a committee was constituted under retired judge of the Allahabad High Court Justice Girdhar Malviya who had submitted a draft Bill last year named The National River Ganga (Rejuvenation, Protection and Management) Bill, 2017. Subsequently, a four-member committee was set up by the Ministry to examine that and the Ministry has circulated a Cabinet note which includes a revised version of that draft Bill.