Insights into Editorial: Challenges at BIMSTEC 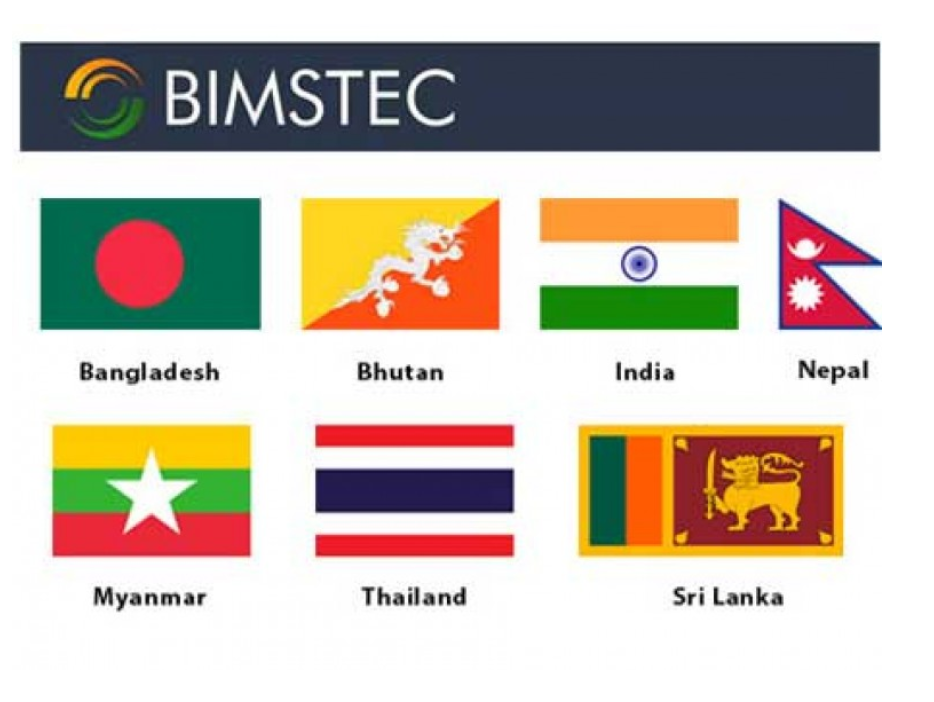 The Bay of Bengal Initiative for Multi-Sectoral Technical and Economic Cooperation (BIMSTEC) is an international organisation of seven nations of South Asia and South East Asia, housing 1.5 billion people constitute around 22% of population and having a combined gross domestic product of $2.7 trillion.

The BIMSTEC member states Bangladesh, India, Myanmar, Sri Lanka, Thailand, Bhutan, and Nepal are among the countries dependent on the Bay of Bengal.

BIMSTEC Permanent Secretariat is at Dhaka was opened in 2014 and India provides 32% (65% of region’s population) of its expenditure.

The fourth summit of Bay of Bengal Initiatives for Multi-sectoral, Technical and Economic Cooperation (BIMSTEC) is being held in Kathmandu from August 30 to 31, 2018.

The Bay of Bengal Initiative for Multisectoral Technical and Economic Cooperation (BIMSTEC) summit in Kathmandu, will be another milestone for India after the BRICS-BIMSTEC Outreach Summit hosted by it in 2016, as the grouping has gradually emerged as a key vehicle to take forward India’s regional, strategic and economic interests.

Provide cooperation to one another for the provision of training and research facilities in educational vocational and technical fields.

However, Stagnation of SAARC in Recent years:

Another strategic challenge for India is that China has long desired to be part of the SAARC grouping.

Some SAARC members also have their own interests in bringing China into the equation as they want it to balance India’s dominance.

China has observer status in SAARC. When this was given, it only increased the demand to make China a full member of SAARC.

However, by giving more importance to region, India’s highest priority to its neighbourhood and a strong commitment to continue deepening ties with the “extended neighbourhood” in South-East Asia.

India have to develop a strategy to leverage its soft power in South, East and Southeast Asia and optimise its military power to effectively counter China’s cash and hard power.

With a strategic partnership with China, India can better pursue its own regional groupings like the Bay of Bengal Initiative for Multi-Sectoral Technical and Economic Cooperation (BIMSTEC) and Bangladesh, Bhutan, India and Nepal (BBIN) initiative.

In order to harness potential of BIMSTEC steps like signing FTA in goods and services, improving physical and digital connectivity by building ports, economic corridors etc need to be taken.

India which is one of the fastest growing economy and rising global power needs play an important role.

Prime Minister Modi called for the drawing up of a strong shared legal framework to tackle the challenges of terrorism and drug trafficking. He also said that women legislators have an important role to play.

India stressed on the need for connectivity to tackle the challenges of an interconnected world while furthering mutual growth.

BIMSTEC is a natural choice for strengthening India’s footprints in the neighbourhood under its Act East Policy as it includes Thailand and Myanmar both ASEAN member.

India will have to carefully navigate the emerging regional geopolitics, as many of the elements that made SAARC hostage to political rivalry and turned it into a defunct mechanism can re-emerge in BIMSTEC.

Today, most of the smaller neighbours are more willing to engage so as to benefit from India’s economic rise. Nonetheless, for internal political reasons, the same issue may re-emerge and pose hurdles in the progress of BIMSTEC.

To moderate such suspicions, India will need to show sensitivity to the concerns of smaller neighbours. Therefore, the region can be transformed into a natural hub of economic development by connecting the countries within the BIMSTEC and with other adjoining regions.