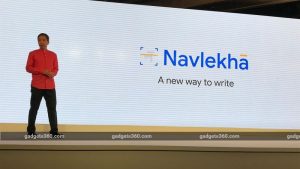 Navlekha in Sanskrit means “a new way to write.”

Google is using its expertise in artificial intelligence for Project Navlekha, using which, it will quickly render any PDF with Indian language content into editable text, overcoming issues that usually occur when you try to copy text in Indian languages from a PDF.

At present, amount of online content in Indian languages is only 1% of what is available in English. India is important market for Google as it has second largest population of internet users in the world. Hence, with the new project the amount of resources available for Indians in local languages will increase.

Marriage certificate must for official work in Meghalaya

What? The State government in matrilineal Meghalaya has made it mandatory for married people to produce marriage certificates for all official purposes.

The government has also decided to deny government jobs and benefits to men who have abandoned their families and are not providing for maintenance of their children. Some of these men live with other women.

The step has been taken in view of increasing cases of broken marriages and women being forced to fend for themselves and their children. The abandonment of families by men lead to a spike in school dropouts and juvenile crimes. Also, most marriages in the Khasi society are not registered, and this makes it difficult for abandoned women to fight for the maintenance of their children.

The government’s order cannot stop divorce, but marriage certificates will help abandoned women fight for the maintenance of their children after their husbands abandon them.

Topic: Government policies and Welfare schemes for vulnerable sections of the population by the Centre and States and the performance of these schemes.

Context: A panel headed by Union Home Secretary Rajiv Gauba, which deliberated on measures to check incidents of lynching, submitted its report to a Group of Ministers headed by Home Minister Rajnath Singh.

As per the suggestion made, media platforms — Facebook, WhatsApp, YouTube and Twitter — would be made accountable for not blocking such malicious posts/videos when brought to their notice and “FIR could be lodged against their country heads” for non-compliance of government orders and they could be prosecuted under law.

From May-June, more than 20 people were lynched based on fake posts or rumours floating on various social media platforms. Last month, the Home Ministry issued advisories to States and Union Territories following Supreme Court’s directives to check incidents of lynching.

The Centre asked them to appoint an officer in each district at the level of Superintendent of Police, set up a special task force to gather intelligence, and closely monitor social media contents to prevent mob attacks on suspicion of being child-lifters or cattle smugglers.

Need for coordination between the centre and states on this matter:

The Union Government is highly concerned about the incidents of mob violence in some parts of the country. Government has already condemned such incidents and made its stand clear in the Parliament that, as per the Constitutional scheme, ‘Police’ and ‘Public Order’ are State subjects.

State Governments are responsible for controlling crime, maintaining law and order, and protecting the life and property of the citizens. They are empowered to enact and enforce laws to curb crime in their jurisdiction.

Recent directions of the Supreme Court on the issue of mob violence:

Need for an anti-lynching law:

At present there is no law that criminalises mob killings. The Indian Penal Code has provisions for unlawful assembly, rioting, and murder but nothing that takes cognisance of a group of people coming together to kill (a lynch mob).

Under Section 223 (a) of the Criminal Procedure Code (CrPC), to prosecute together two or more people accused of the same offence committed in the course of the “same transaction”. But the provision falls far short of an adequate legal framework for prosecuting lynch mobs.

Nearly two years after demonetization, about 99.3% of the notes sucked out of circulation has been returned. Besides, the value of bank notes in circulation has increased by 37.7% over the year, reaching Rs 18,037 lakh crore by the end of March 2018.

Over the last two years, at least three of major claims of demonetization have collapsed.

On November 8, 2016, Prime Minister Narendra Modi announced that all Rs 500 and Rs 1000 notes, comprising 86% of the total value of the currency in circulation at that time, would no longer be recognised as legal tender.

What is a cashless economy?

It is a situation in which the flow of cash within an economy is non-existent and all transactions have to be through electronic channels such as direct debit, credit and debit cards, electronic clearing, payment systems such as Immediate Payment Service (IMPS), National Electronic Funds Transfer and Real Time Gross Settlement.

Benefits of a cashless economy:

What perpetuates use of cash in India?

Context: The Cabinet Committee on Economic Affairs has given its approval for the umbrella scheme “Ocean Services, Technology, Observations, Resources Modelling and Science (O-SMART)”, for implementation during the period from 2017-18 to 2019-20 at an overall cost of Rs.1623 crore.

Significance and benefits of the scheme:

Significance of the Blue Economy: