Insights into Editorial: Stay with RCEP 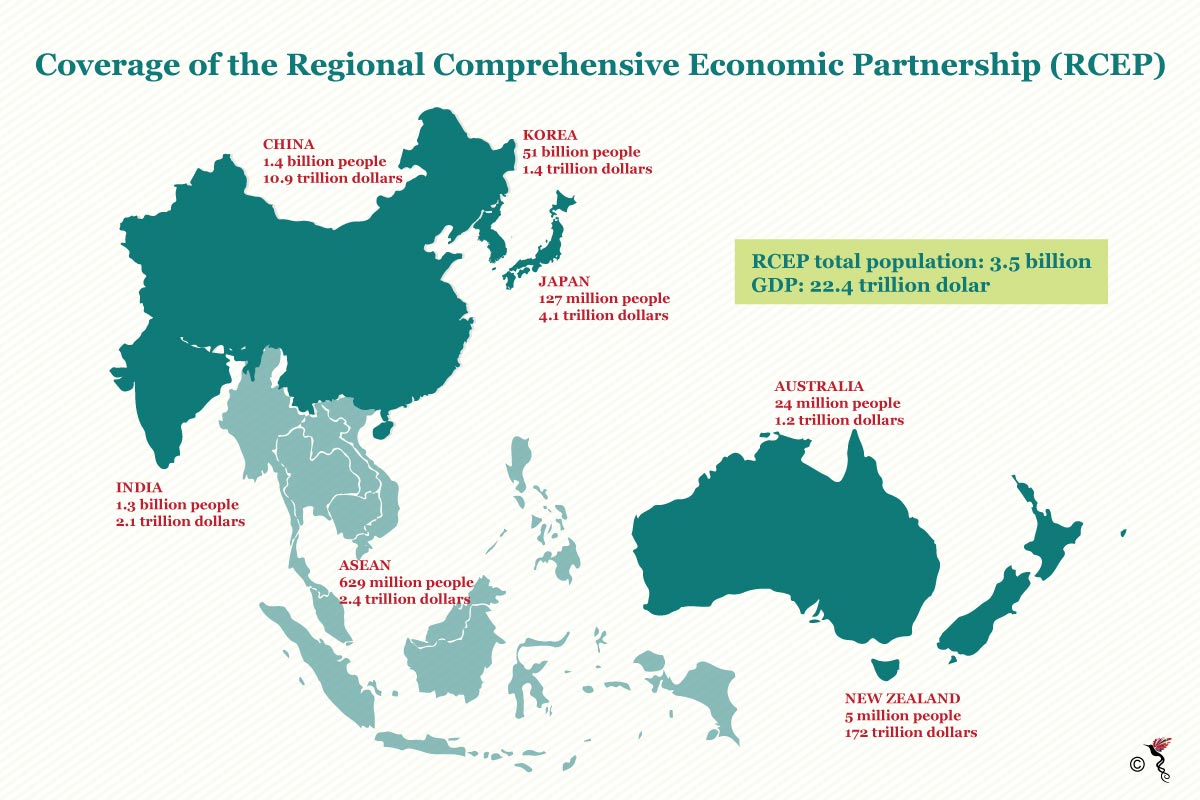 Countries in East Asia region have thriving trade and economic relations with each other through free trade agreements.

The RCEP was built upon the existing ASEAN+1 FTAs with the spirit to strengthen economic linkages and to enhance trade and investment related activities as well as to contribute to minimising development gap among the parties.

Negotiations on the Regional Comprehensive Economic Partnership (RCEP), among 16 Asian and Pacific Ocean countries, have entered a decisive phase. And it would like to see a “substantive agreement” on the trade deal by the end of this year.

More developed countries such as Australia and Singapore are unwilling to accommodate India’s demands to liberalise their services regime and allow freer mobility of Indian workers.

Some of the RCEP countries, including India, are headed for elections next year, a point where governments traditionally turn protectionist.

The grouping envisages regional economic integration, leading to the creation of the largest regional trading bloc in the world, accounting for nearly 45% of the world’s population with a combined gross domestic product of $21.3 trillion.

Government must take into account the deeper strategic pitfalls of either slowing down India’s RCEP engagement or walking out of the talks at this stage resulted in the power to cut India out of the rules-making process for the RCEP and give China further space in the regional trade and security architecture.

RCEP recognises the importance of being inclusive, especially to enable SMEs leverage on the agreement and cope with challenges arising from globalisation and trade liberalisation.

SMEs (including micro-enterprises) make up more than 90% of business establishments across all RCEP participating countries and are important to every country’s endogenous development of their respective economy.

At the same time, RCEP is committed to provide fair regional economic policies that mutually benefit both ASEAN and its FTA partners.

At a time when the U.S. has broken from the global concord on multilateral trade agreements, an Indian walkout would endanger the united message that RCEP countries, which represent 40% of the global GDP, would wish to send out.

It would also be a sharp departure from India’s “Act East” slogan and its extended outreach to ASEAN.

RCEP has the potential to deliver significant opportunities for businesses in the East Asia region, given the fact that the 16 RCEP participating countries account for almost half of the world’s population; contribute about 40 per cent of global GDP and over a quarter of world exports.