Context: Insurance regulator IRDAI has issued a circular directing insurers to cover mental illness, which has reached serious proportions in the country.

But to date, none of India’s 33 insurers has introduced a product that covers ailments such as depression, schizophrenia, and bipolar disorder, even though such covers are commonplace in many countries.

Significance of this step:

The change has been long overdue. This is being seen as a progressive step. This will ensure a life of dignity to those who have mental health issues. It will create awareness, acceptance, and inclusion of mental illness as any other physical ailment. It will ‘normalise’ diagnoses, by reducing associated myths and stigma.

Mental health conditions have always been in the list of exclusions of health insurance policies. The only exceptions to this have been the coverage of development conditions such as autism and Down’s syndrome by the National Health Insurance Scheme, and a few private schemes like Star Health Insurance’s cover for autistic children.

What is mental illness?

As per the Mental Healthcare Act, mental illness means a substantial disorder of thinking, mood, perception, orientation or memory that grossly impairs judgement, behaviour, capacity to recognise reality or ability to meet the ordinary demands of life. It also includes mental conditions associated with the abuse of alcohol and drugs, but does not include mental retardation which is a condition of arrested or incomplete development of mind of a person. The Act further states that every person with mental illness will be treated as equal to persons with physical illness when it comes to healthcare, including health insurance. 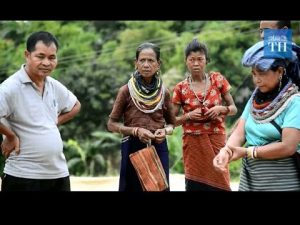 Context: The Union Home Ministry has agreed to relax conditions laid down in the ‘four-corner agreement’ signed with Bru migrants for their repatriation from Tripura to Mizoram.

A bout of ethnic violence forced thousands of people from the Bru tribe to leave their homes in Mizoram. As many as 32,876 people belonging to 5,407 families are living in the refugee camps in the Jampui Hills of Tripura. 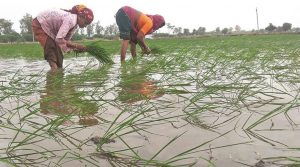 Context: NABARD has released its report on All India Rural Financial Inclusion Survey 2016-17.

The survey covered a sample of 1.88 lakh people from 40,327 rural households. Only 48% of these are defined as agricultural households, which have at least one member self-employed in agriculture and which received more than ₹5,000 as value of produce from agricultural activities over the past year, whether they possessed any land or not.

Looking at loans taken between July 2015 and June 2016, the survey found that farm households took less than half their loans from commercial banks. While 46% of the loans were taken from commercial banks, and another 10% from self-help groups, almost 40% were taken from non-institutional sources such as relatives, friends, moneylenders and landlords.

According to the survey, the average annual income of an agricultural household is ₹1.07 lakh. That is barely ₹2,500 more than the average outstanding debt of indebted farm households.

For Prelims and Mains: Microcystallites- features, significance and potential applications.

What are they? These are a new type of gold in the form of very small crystals developed by researchers from Jawaharlal Nehru Centre for Advanced Scientific Research (JNCASR), Bengaluru.

The microcystallites were synthesised by decomposing an organic complex containing gold and other ions under controlled conditions.

All these properties make these crystallites an ideal candidate for catalytic purposes. Gold in itself is not a catalyst but the new gold microcystallites have very active surfaces. More studies are needed to understand them fully in the context wide range of applications in the offing.

Context: India has banned the import of pet coke for use as fuel, but has allowed shipments for use as feedstock in some industries.

What is allowed? Import of pet coke is allowed for only cement, lime kiln, calcium carbide and gasification industries, when used as the feedstock or in the manufacturing process on actual user condition.

Petroleum coke, the bottom-of-the-barrel leftover from refining Canadian tar sands crude and other heavy oils, is cheaper and burns hotter than coal. But it also contains more planet-warming carbon and far more heart- and lung-damaging sulphur.

The petcoke burned in factories and plants is contributing to dangerously filthy air in India, which already has many of the world’s most polluted cities. It contains 17 times more sulfur than the limit set for coal, and a staggering 1,380 times more than for diesel.

The country has seen a dramatic increase in sulfur dioxide and nitrogen dioxide emissions in recent years, concentrated in areas where power plants and steel factories are clustered. Those pollutants are converted into microscopic particles that lodge deep in the lungs and enter the bloodstream, causing breathing and heart problems.

Petcoke, critics say, is making a bad situation worse across India. About 1.1 million Indians die prematurely as a result of outdoor air pollution every year, according to the Health Effects Institute, a nonprofit funded by the U.S. Environmental Protection Agency and industry. 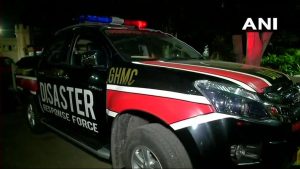 For Prelims and Mains: Features and significance of DRF.

Context: Government of Telangana has launched for the first time Disaster Response Force (DRF) vehicles in the Hyderabad city.

Context: US technology giants plan to intensify lobbying efforts against stringent Indian data localisation requirements, which they say will undermine their growth ambitions in India.

U.S trade groups, representing companies such as Amazon, American Express and Microsoft, have opposed India’s push to store data locally. That push comes amid rising global efforts to protect user data but is one that could hit planned investments by the firms in the Indian market, where the companies currently have limited data storage.

Though a final decision hasn’t been made, the deliberations come while the United States and India are locked in a dispute over US tariff increases and on the Indian policy of capping prices of medical devices, which hurts American pharmaceutical companies. The issue could further undermine already strained economic relations between India and the United States.

Data localization is the act of storing data on any device that is physically present within the borders of a specific country where the data was generated. Free flow of digital data, especially data which could impact government operations or operations in a region, is restricted by some governments. Many attempt to protect and promote security across borders, and therefore encourage data localization.

Goals set in the Draft National Digital Communications Policy 2018, along with various government notifications and guidelines such as Reserve Bank of India’s notification on Payment Data Storage 2018, and the Guidelines for Government Departments for Contractual Terms related to Cloud Storage 2017, show signs of data localisation.

The rationale behind such mandates has been attributed to various factors, such as: securing citizen’s data, data privacy, data sovereignty, national security, and economic development of the country. The extensive data collection by technology companies, due to their unfettered access and control of user data, has allowed them to freely process and monetise Indian users’ data outside the country.

Why technology firms are worried?

Stricter localisation norms would help India get easier access to data when conducting investigations, but critics say it could lead to increased government demands for data access. Technology firms worry the mandate would hurt their planned investments by raising costs related to setting up new local data centres.

Why government is in favour of data localisation?

The proposed law by Srikrishna Committee cannot be a knee-jerk reaction to some events; it has to be in line with the SC judgement, which supports the march of technology, innovations, growth of knowledge, and big data analytics for the growth of economies, and for better services to citizens. It recognizes the role of data driven innovation (DDI) for the growth of economies, and for job creation. But it emphasises that the data so collected be utilised for legitimate purposes.

Though these policy goals are justifiable, a deeper analysis is required to determine the possible adverse spill-over effects on relevant stakeholders in case a faulty roadmap is adopted to achieve them.

Adequate attention needs to be given to the interests of India’s Information Technology Enabled Services (ITeS) and Business Process Outsourcing (BPO) industries, which are thriving on cross-border data flow.

What is it? The Exercise Maitree is an annual event designed to strengthen the partnership between Royal Thai Army and Indian Army. 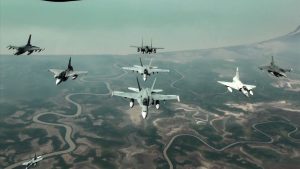 Context: Exercise Pitch Black 2018 was held at RAAF Base Darwin, Australia. The Indian Air Force for the first time participated with fighter aircraft in Exercise.

What is it? It is indigenously developed Helicopter launched Anti-Tank Guided Missile. The Missile is guided by an Infrared Imaging Seeker (IIR) operating in the Lock on Before Launch mode. It is one of the most advanced Anti-Tank Weapons in the world.

Why in News? It was successfully flight tested from Army Helicopter recently.

Context: In a major scientific breakthrough, a team of international researchers, including 18 from India decoded the wheat genome, considered insurmountable so far.

Significance: The information generated will help to identify genes controlling complex agronomic traits such as yield, grain quality, resistance to diseases and pests, as well as tolerance to drought, heat, water logging and salinity.

Context: ‘Panini Language Laboratory’ has been set up at Mahatma Gandhi Institute (MGI) in Mauritius.

Significance: The lab, gifted by the Indian government, will help MGI in teaching Indian languages in Mauritius. It aims to promote reading and writing Hindi amongst young generation and its further development. It will serve as medium to generate more interest in learning Hindi amongst youngsters thereby strengthening language.