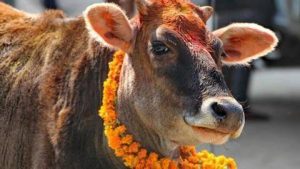 Context: The Uttarakhand high court would henceforth act as the legal guardian of cows in the state. It has also issued some directions to the state government in this regard.

Significance of the judgment:

This is the first time in India that a court has had invoked the ‘parens patriae’ doctrine for cow protection.

Parens patriae: The court did this by invoking the ‘parens patriae’ doctrine. Parens patriae in Latin means ‘parent of the country’ and is a doctrine that grants the court inherent power and authority to act as guardian for those who are unable to take care for themselves.

The court can now act as the legal guardian of the cows in the state and keep a tab on all issues related to cows especially its directions with regard to their protection. If there are any violations in laws and rules regarding cows, the court can take suo moto cognisance and issue directions to the state.

The judgment came as a response to a public interest litigation claiming that stray cattle were being slaughtered and waste from a slaughter house was flowing into water bodies , posing a health threat to the villagers.

The court cited animal welfare law, national and international documents and Hindu religious texts to say that animal welfare was part of “moral development of humanity”.

Important Directions issued by the Court:

Topic: pressure groups and formal/informal associations and their role in the Polity. 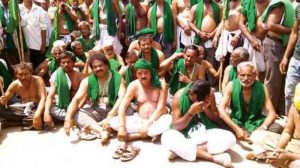 Context: The Mahadayi Water Disputes Tribunal which has been hearing the tussle over sharing of the Mahadayi or Mandovi river between Goa, Karnataka and Maharashtra, has delivered its final verdict.

The Mahadayi river basin drains an area of 2032 square kilometres of which 375 square km lies in Karnataka, 77 sq km in Maharashtra and the remaining in Goa.

The dispute arose since Goa was opposed to Karnataka’s plans to divert waters from the tributaries of the river, which Karnataka justified was for drinking water purposes. The tribunal was constituted in November 2010.

Context: NITI Aayog has launched “Pitch to MOVE” – a mobility pitch competition that aims to provide budding entrepreneurs of India a unique opportunity to pitch their business ideas to a distinguished jury.

About “Pitch to MOVE”:

“Pitch to MOVE” is organised by NITI Aayog in collaboration with Invest India and Society of Indian Automobile Manufacturers (SIAM).

Aim: The competition aims to identify and reward the start-ups offering innovative solutions for shared, connected, and environment friendly mobility. It also aims to incentivise the startups, which will help the Government realize its vision of Shared, Connected, Intermodal and Environment Friendly Mobility for India. The objective is to harness the latest disruption for generating employment and growth in our country.

Context: The Government of Australia has decided to recommence the Adoption Programme with India, as per Hague Convention on Inter-Country Adoption.

The recommencement of the adoption programmes will now enable large number of prospective adoptive parents including those of Indian origin settled in Australia in fulfilling their desire of adopting a child from India.

The regulation of Inter-country adoptions have been made strict by the Government of India with the enactment of Juvenile Justice Act, 2015 and notification of Adoption Regulations, 2017. The Ministry of Women & Child Development along with Central Adoption Resource Authority (CARA) have been constantly monitoring the implementation of these laws.

What is the Hague Convention?

The Hague Convention protects children and their families against the risks of illegal, irregular, premature or ill-prepared adoptions abroad.

To do this, the Hague Convention puts: 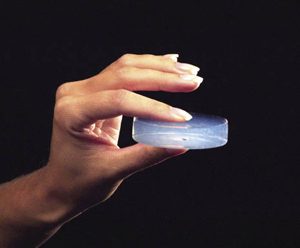 For Prelims and Mains: Features, significance and applications of the Aerogel. 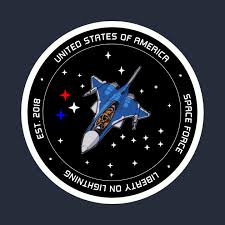 Context: NASA Administrator recently expressed full support for President Donald Trump’s proposed military “Space Force” but added that it will have a role separate from NASA.

U.S. President Donald Trump is planning to create a “space force” or a sixth branch of the American armed forces. The space force plan requires congressional approval. Military leaders and experts have questioned the wisdom of launching an expensive, bureaucratic new service branch.

What is Space Force?

The United States Space Force, as proposed by the Trump administration, would be a new branch of the military by 2020, on par with the army, navy, air force, marines and coast guard. An independent branch can’t be created until Congress approves it, but the administration can take several steps on its own to prepare for the launch of a new force, the first since the air force was formed shortly after the second world war.

Officials plan to create a Space Operations Force – an “elite group of war fighters specializing in the domain of space” drawn from various branches of the military, in the style of existing special operations forces, Pence said. They’ll also create a United States Space Command and a Space Development Agency, and appoint an assistant secretary of defense for space.

The White House points to galactic threats from US adversaries, particularly Russia and China, which could develop weapons to jam, blind or destroy satellites that are crucial to communications systems. In 2007, China destroyed one of its own satellites, in a test of a weapon that could be used to target others. Russia has also tested a missile that could be used to track and destroy satellites. Not everyone is convinced, however, with critics saying threats on earth are much more real than the prospect of wars in space.

Does it already exist?

There is no independent military branch focused on space, but there is a sizable space command within the air force. Created in 1982, it is headquartered at Peterson air force base in Colorado and oversees 30,000 people. It includes the Space and Missile Systems Center, oversees Department of Defense satellites, and uses radar to monitor ballistic missile launches to guard against a surprise attack on the United States.

Would military action in space be legal?

For Prelims and Mains: Features and significance of the mission.

Context: Scientific data sent back by National Aeronautics and Space Administration’s (NASA) New Horizons spacecraft suggests that there could be a hydrogen wall at the end of our solar system.

What does the presence of Hydrogen wall indicate?

Report on cleanliness of the country’s railway stations:

The survey was conducted by the Quality Council of India (QCI) to increase level of cleanliness under Swachh Bharat Abhiyan by identifying unclean spots, improve cleanliness standards and propel healthy competition among railway stations.